There are countless doodle mixes out there, and not even the most prominent breeding experts know about every single one. However, one mix that’s becoming increasingly popular as a family dog is the golden mountain doodle.

It’s a new mix that only came about in 2013, but it combines the best qualities of its lineage and is one of the best companions you can find in the pet world.

This dog breed is a complicated cross of a golden retriever, a Bernese mountain dog, and a poodle. This makes them a great pet both in terms of personality and the amount of care they require.

Contents show
1 The qualities of a hybrid dog
2 Appearance
3 The size
4 Health concerns
5 Grooming
6 Temperament
7 Intelligence and training
8 Where do you get one and how much will it cost?
9 Should you get a golden mountain doodle?

The qualities of a hybrid dog The great thing about buying a hybrid dog is that it has all the best features of the breeds from which it was created.

For instance, the golden retriever is one of the most popular breeds out there because it’s an intelligent, loving, and often useful dog.

Bernese Mountain dogs are very devoted and attached to their family members, especially children of whom they are fiercely protective. They also have a beautiful and tri-colored coat.

Poodles are amongst the most intelligent dog breeds, and, not to mention, they are rather easy to train.

This dog is adventurous and needs a lot of exercise, which comes as no surprise as it was once used as a hunting dog.

If a breeder has done a good job with crossbreeding purebred dogs of these breeds, the offspring will be healthier than their parents and have a mixture of these features and qualities.

This is what’s happened when creating a golden mountain doodle. The golden mountain doodle tends to resemble their cousin, the Goldendoodle. They are usually stocky in build with a strong frame and a beautiful silky coat.

The coat can be of a solid color, but it also comes in two or three colors, depending on the mix.

Due to the mixing, it can come in a variety of colors, including merle, which is a patchwork of different colors and spots.

Different doodle litters come with varying coats, and one dog in the litter may have a straight coat, while all the others have curly coats. However, none of them will shed, or at least they will minimally, which is great news for those who are allergic to dog hair.

The coat types develop when they are a few weeks old, so it’s best to wait a bit before deciding which puppy to get if allergies are an issue. A mini golden mountain doodle comes from breeding a mini Goldendoodle and a mini bernedoodle, and they weigh between 25 and 35 lbs with 18 to 22 inches to the shoulder.

There are a few things to consider when choosing the size of the dog beyond the ability to provide enough space for it.

Those who are allergic to dog saliva will be allergic to a golden mountain doodle regardless of their coat size, although a smaller dog will produce less of it.

A smaller dog will also have a higher energy level. This means they require longer walks to tire them out so that they are easier to manage, but for the most part, it’s relatively docile based on the behavior of the poodles chosen for breeding. A golden mountain doodle is still a young breed as it was developed less than ten years ago.

They are also very energetic and lively, as are their parent breeds. This is where they inherit the common health conditions they will be afflicted by, as well. These include hip and elbow dysplasia and eye problems.

Make sure you do genetic testing, so you know where your dog came from.

This will help you resolve this problem, which is fairly easy to do with such a small and young gene pool since all of these dogs were produced at Swissridge kennels.

It’s also important for your dog to get regular check-ups so any health problems a golden mountain doodle might have can be caught right away. One of the most beautiful features of these dogs is their coat and the colors they come in.

That also means that grooming and taking care of their fur will be one of your most important duties as a dog owner. That’s true for the doodles with parti-colors as well as those with a solid coat.

The dogs’ hair should be brushed every day, and you should also schedule regular visits to a professional groomer every 6 to 8 weeks.

That way you can prevent matting and make sure your pet always looks its best and is as clean as possible.

Matts, which are knots close to the skin, are also painful because they can tear the skin. This is especially so when there are many, and the doodle hasn’t been groomed properly in a while.

There’s a special rake that you should get to deal with them once you notice them. The golden mountain doodle is a perfect blend of the purebred dogs from which it was mixed. This is true not only in their appearance but also in their character and temperament.

It’s what makes them a great and loving family dog.

They have the intelligence of a poodle as well as its loyalty. A golden Mountain doodle also has an eagerness to please that they get from the golden retriever.

They are also as protective and territorial as a Bernese Mountain Dog.

After a very short while, a doodle will become not just your best friend but a family member. This proves itself to be true through their behavior towards strangers as well as kids of all ages.

You can take this dog for a walk and play around outside, but it also has that laid back and goofy disposition of a poodle that makes it a good companion for laying around on the couch and cuddling.

Its ancestor, the poodle, makes this mixed breed highly intelligent, and that’s why they are a perfect pet for a first-time dog owner. The golden mountain doodle is eager to please, and the best way to train them is to use the reward system.

They also don’t have many problems socializing, and it’s safe to bring them into a family that already has a pet (although the first pet’s reaction should also be taken into account).

Simple tasks and potty training should be easy enough even for a novice dog owner, as long as you set up clear rules and expectations while the dog is young.

A doodle puppy should be house trained in a matter of weeks. They also enjoy playing fetch, as is common with the Labrador retriever.

It’s also important to note that a highly intelligent dog also needs a lot of mental stimulation and not just long walks in the park.

More complex toys and dog puzzles are a great option, especially if you’re away from home a lot and your pet needs something to keep them occupied while you’re gone.

Try switching the toys every few weeks to keep your dog engaged, ensuring you won’t have to rob a bank to be able to buy new toys all the time.

A golden mountain doodle is considered a moderately active dog, meaning that you’ll need to take them on daily walks for about 45 minutes.

If you’re a runner, don’t hesitate to bring your dog along with you. They will keep up just fine.

Where do you get one and how much will it cost? Since it’s a mixed breed dog, it’s important that you find a reputable breeder and make sure your new pet is healthy and has the best genetic traits.

There are only a few breeders that specialize in the golden mountain doodle right now. That means that you’ll have to accept a long waiting period as well as a higher price.

There’s little chance that you’ll find this dog as a rescue because there are so few of them. Even when they are lost, they are soon returned to their owners.

However, it’s possible to find a dog to rehome, and there are online communities dedicated to getting you in touch with people who can arrange for that to happen.

There are fake and backyard breeders out there who you should stay away from.

You don’t want to find yourself cheated out of $3,000 (which is the typical price for a golden mountain doodle) or to get a dog with potential health issues that will cost you even more.

Should you get a golden mountain doodle? 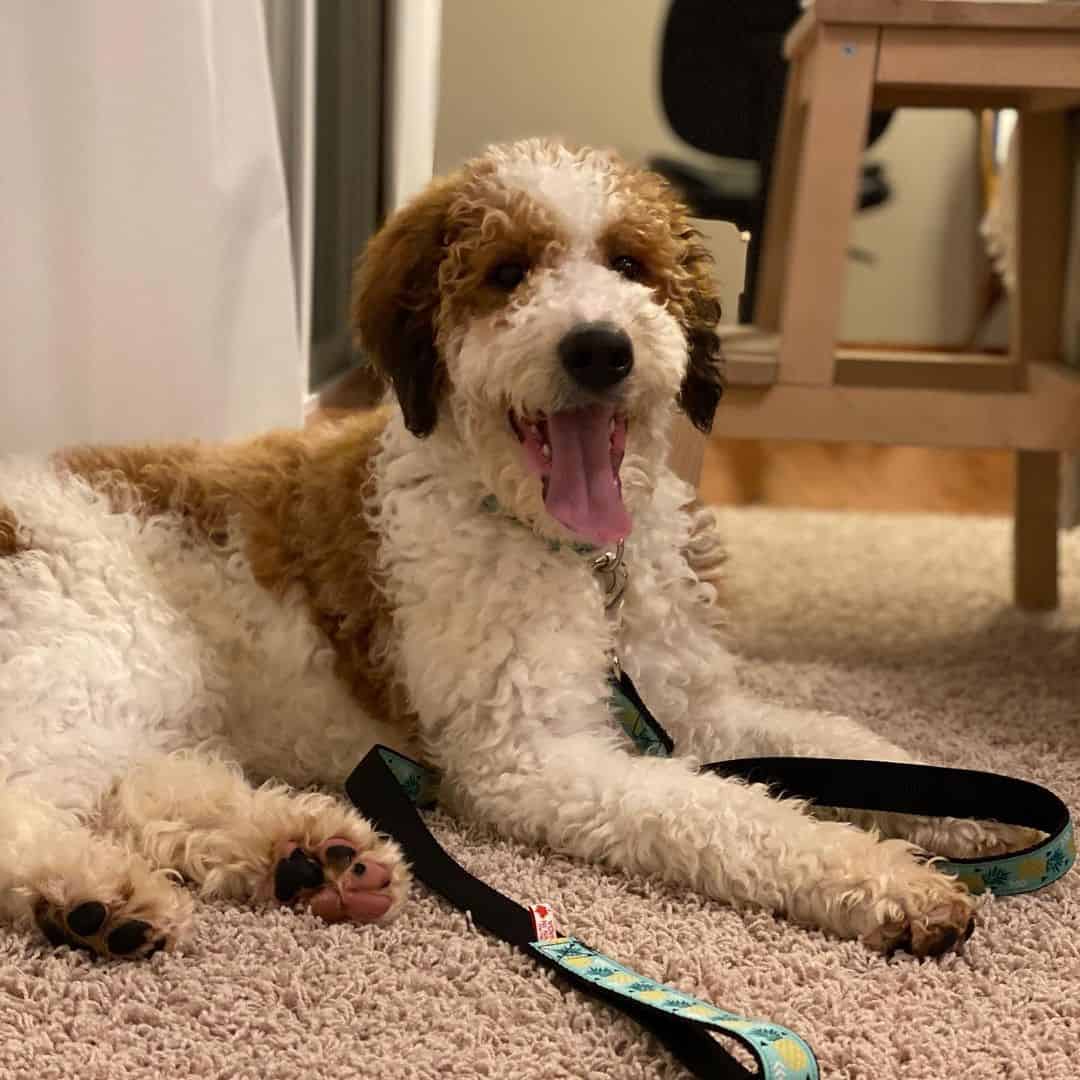 It’s never easy to say if a dog is the best match for a family until you’ve spent some time with it. However, if you can judge a dog by its lineage, it seems that a golden mountain doodle would be a perfect family dog.

That’s also true for those who have an active lifestyle and like to bring their dog along as well as for those who would like a furry and cuddly companion.

It’s an intelligent breed, and you will delight in training it and figuring out how quickly and profoundly it can understand you.

If there are any downsides to owning a golden mountain doodle, it’s that it’s a rare and new mix, and finding one for your home may take some time and effort.

But, once you do get your new puppy, you’ll fall in love with it right away. 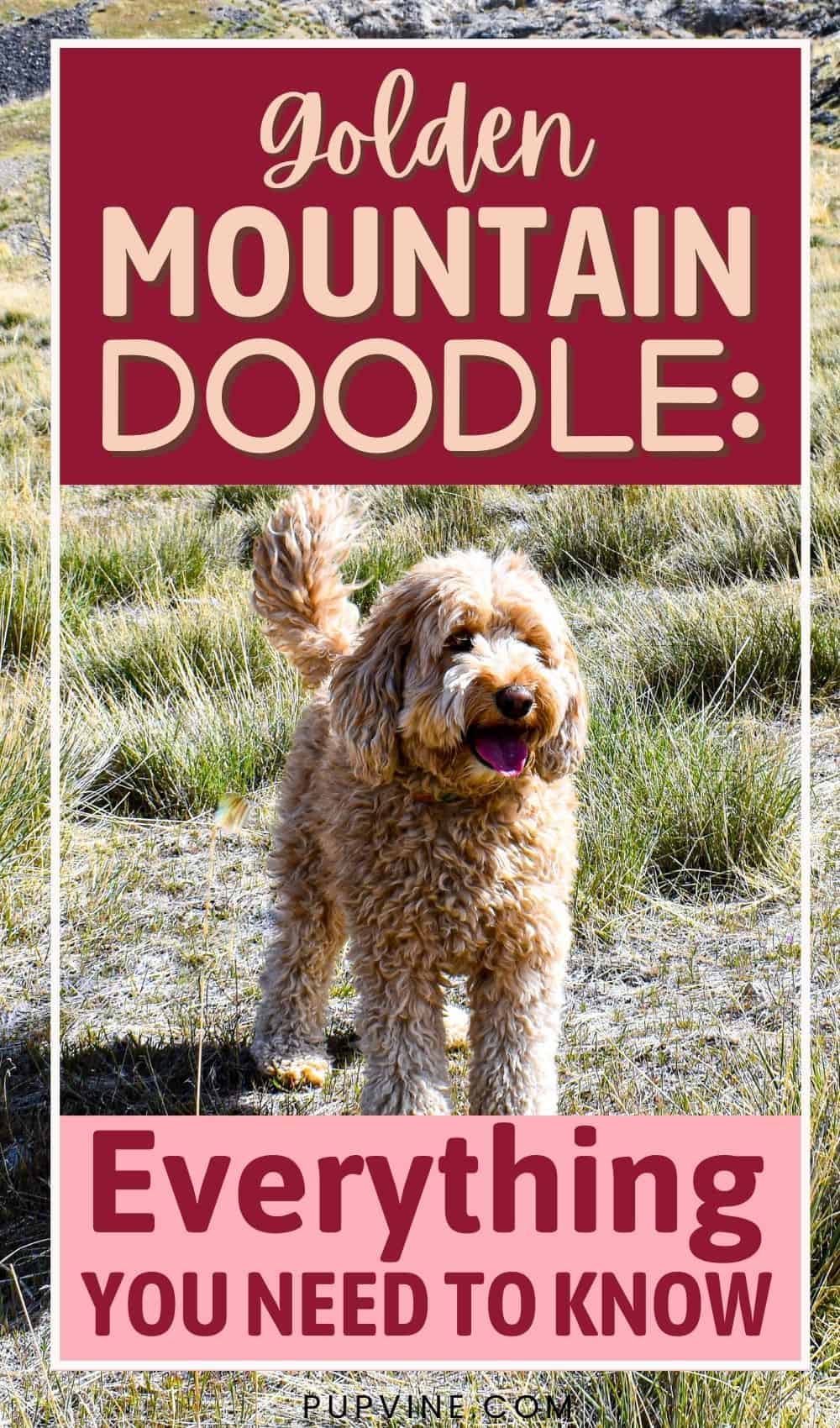 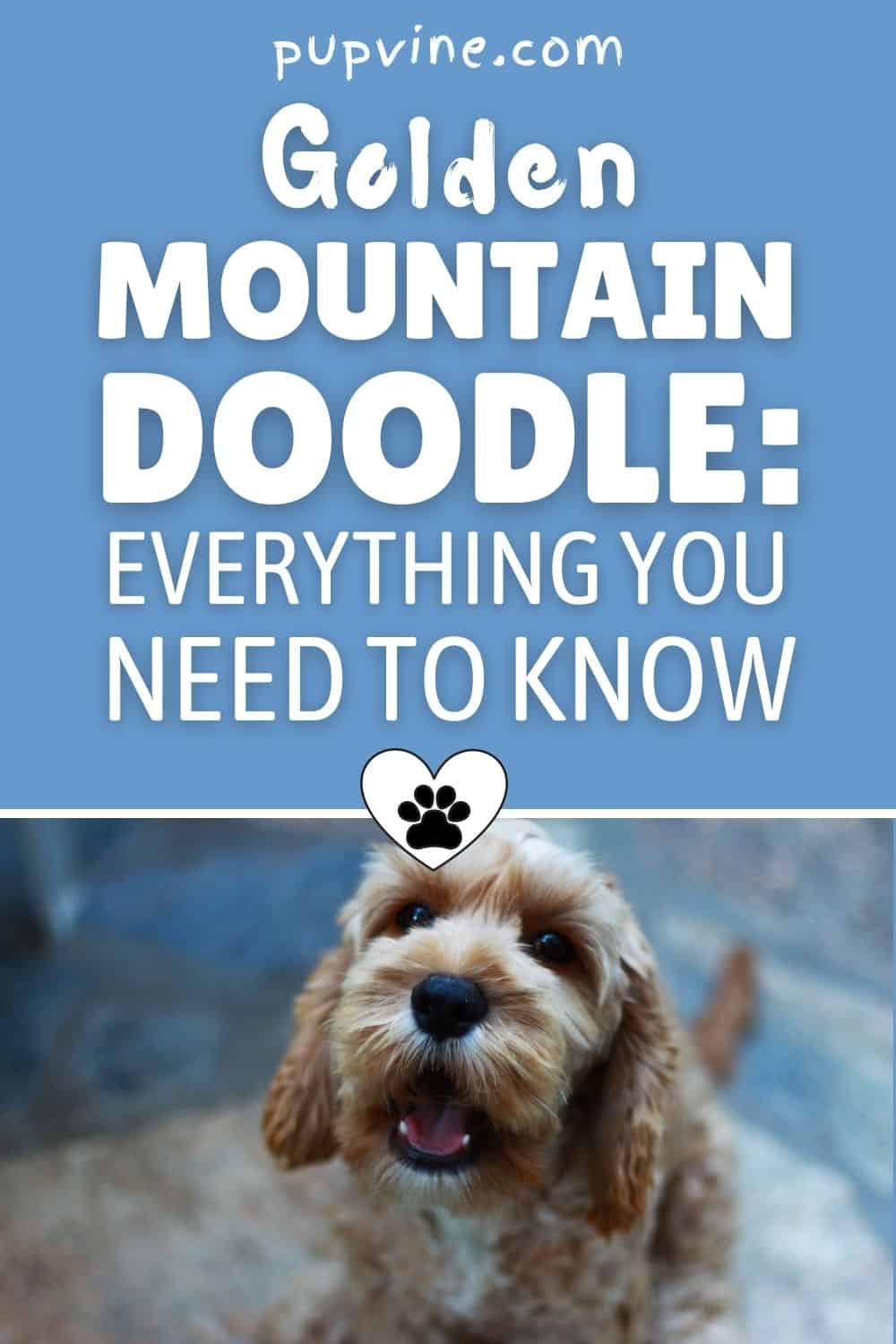 Reputable Bernedoodle Breeders In Florida In 2022

[…] operated by a family, and they specialize in the production of cute Bernedoodle, Goldendoodle, and Golden Mountain Doodle […]

[…] https://www.pupvine.com/golden-mountain-doodle/ All You Need To Know […]

Can You Breed A Goldendoodle With A Bernedoodle? The 11 Top Answers - Cerin-amroth.net