Are you looking for funny dog quotes? Love quotes about mutts? Are you a dog mom seeking animal quotes for inspiration, or perhaps for a project? An animal lover searching for uplifting quotes? Then you’ve come to the right place! And if you’re after sayings about rescue dogs, then you’re especially lucky.

We’ve put together a selection of the best rescue dog quotes for you to enjoy. 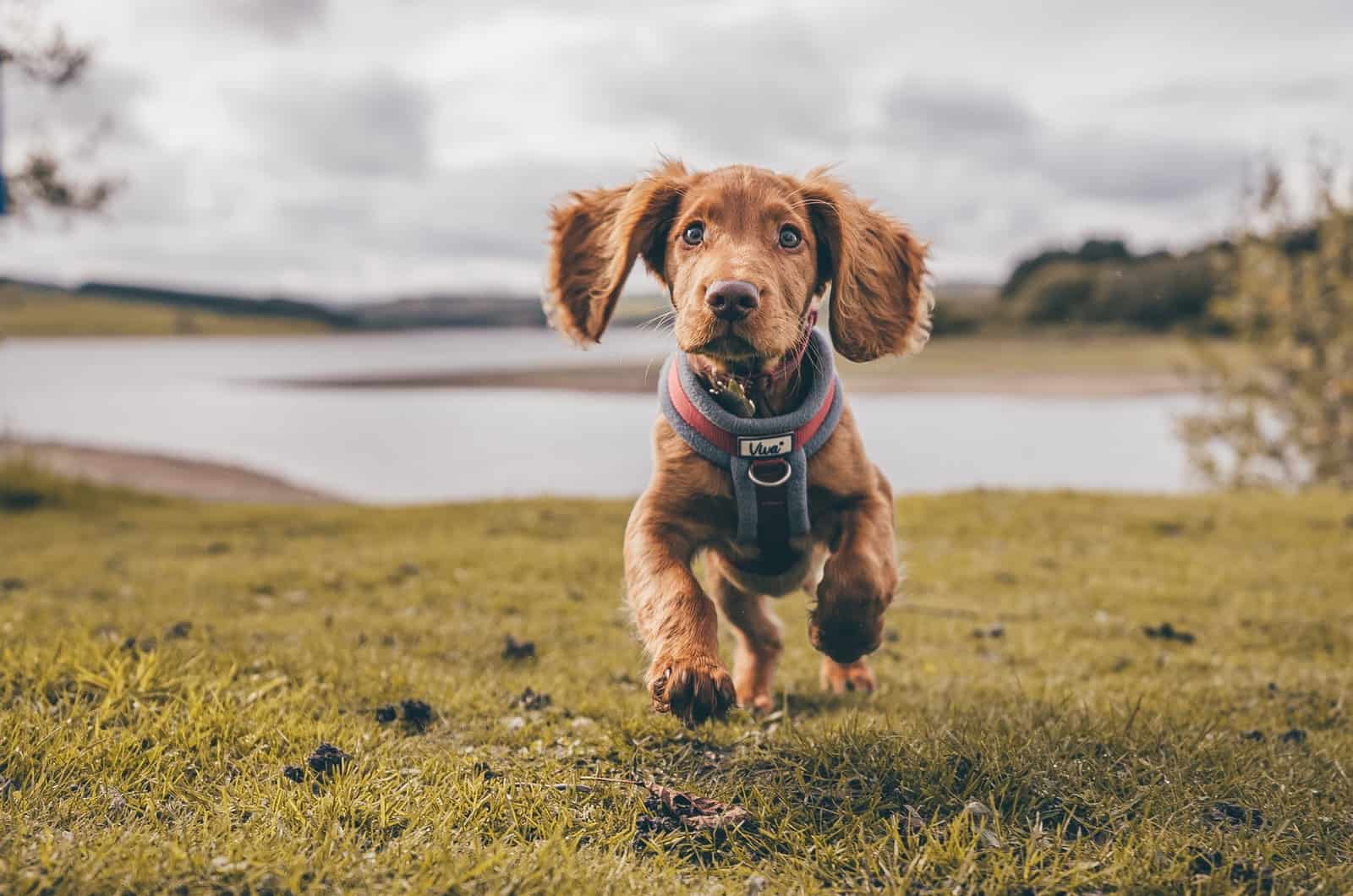 We’ll begin with some lighthearted rescue dog quotes to make you smile. Of course, not every quote will refer specifically to rescues, but they apply to them just as much as any other dog:

“They never talk about themselves but listen to you while you talk about yourself, and keep up an appearance of being interested in the conversation.”

“In order to really enjoy a dog, one doesn’t merely try to train him to be semi-human. The point of it is to open oneself to the possibility of becoming partly a dog.”

“You can say any foolish thing to a dog, and the dog will give you a look that says, ‘Wow, you’re right! I never would’ve thought of that!'”

“I’ve seen a look in dogs’ eyes, a quickly vanishing look of amazed contempt, and I am convinced that basically, dogs think humans are nuts.”

“No one…appreciates the very special genius of your conversation as a dog does.”

“This isn’t dog hair; this is rescue glitter!”

“I like dogs. You always know what a dog is thinking. It has four moods. Happy, sad, cross, and concentrating. Also, dogs are faithful, and they do not tell lies because they cannot talk.”

“After we bring food home from the grocery store…Dogs must think we are the greatest hunters ever!”

Okay, so we stuck that last one in for a bit of fun! But each of these quotes highlights an aspect of life with our doggy friends. They hang on to our every word, probably wonder what we’re doing most of the time, and in return, they give us unconditional love. They are devoted, reliable, loyal, and they enrich our lives in so many ways. 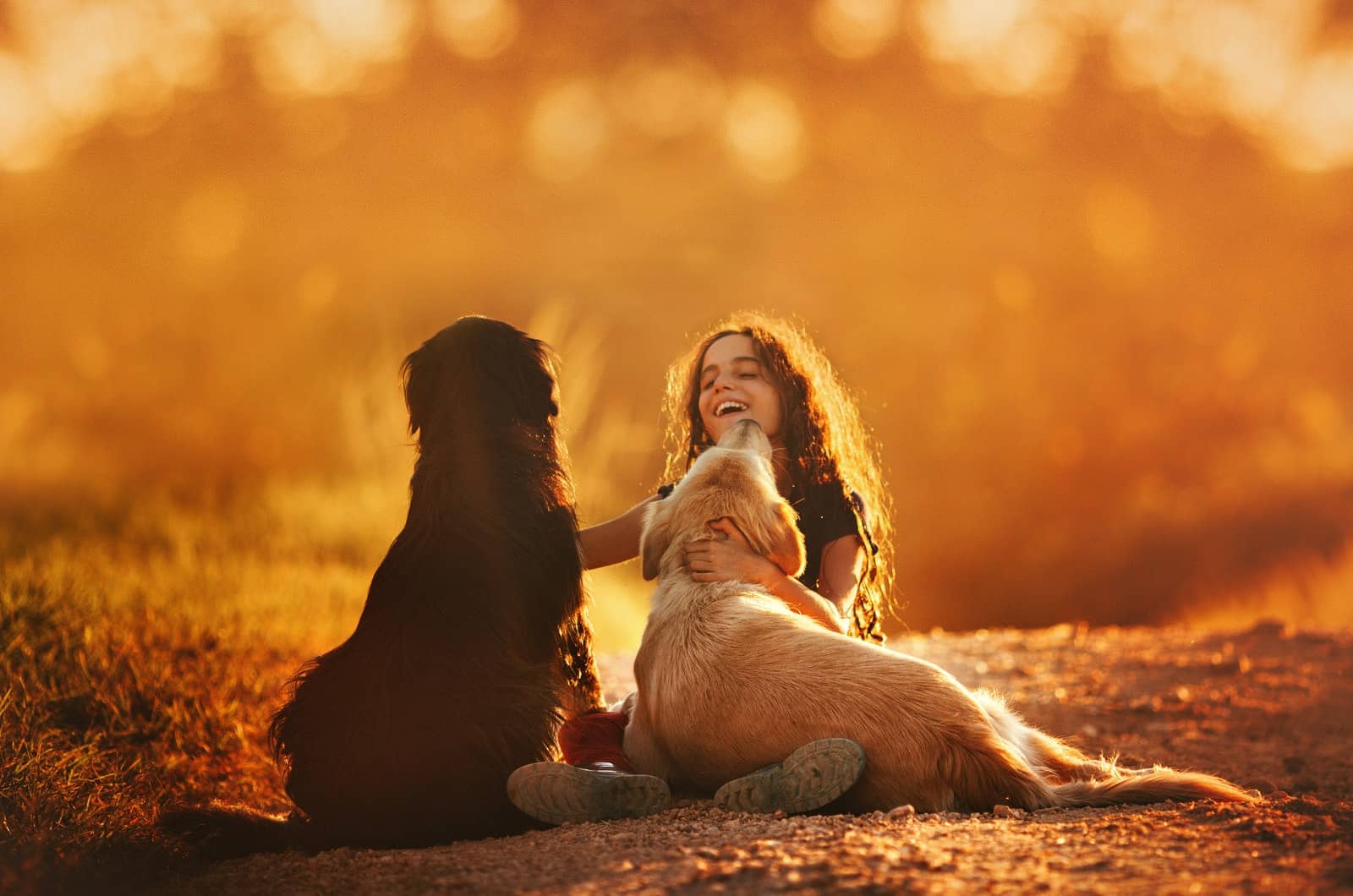 Are you a rescue dog owner? If so, you’ll know what an inspiration they are. If not, then you could always consider heading to your local shelter or animal rescue center to get one for yourself. In the meantime, here are some inspirational rescue dog quotes for you to ponder:

“Dogs are not our whole life, but they make our lives whole.”

“He is your friend, your partner, your defender, your dog. You are his life, his love, his leader. He will be yours, faithful and true, to the last beat of his heart. You owe it to him to be worthy of such devotion.”

“Our dogs will love and admire the meanest of us and feed our colossal vanity with their uncritical homage.”

“When the dog looks at you in the eyes, the dog is not thinking what kind of a person you are. The dog is not judging you.”

“I think dogs are the most amazing creatures; they give unconditional love. For me, they are the role model for being alive.”

“If you don’t believe dogs have souls, you haven’t looked into their eyes long enough.”

“It is amazing how much love and laughter they bring into our lives and even how much closer we become with each other because of them.”

“There is no faith which has never yet been broken except that of a truly faithful dog.”

“No matter how little money and how few possessions you own, having a dog makes you rich.”

“If you pick up a starving dog and make him prosperous, he will not bite you. This is the principal difference between a dog and man.”

“Dogs are not our whole life, but they make our lives whole.”

“The world would be a nicer place if everyone had the ability to love as unconditionally as a dog.”

“Money can buy you a fine dog, but only love can make him wag his tail.”

We could keep on listing inspirational quotes until the cows (or the dogs) come home, as there are so many more out there. This goes to show just how much these loveable creatures have affected our lives. Many of the names mentioned here are well-known figures from all walks of life, and other quotes remain anonymous. Whoever said them, it’s clear that we all love dogs. And rescue dogs seem to have a special place in our hearts.

This leads us nicely to our next section… 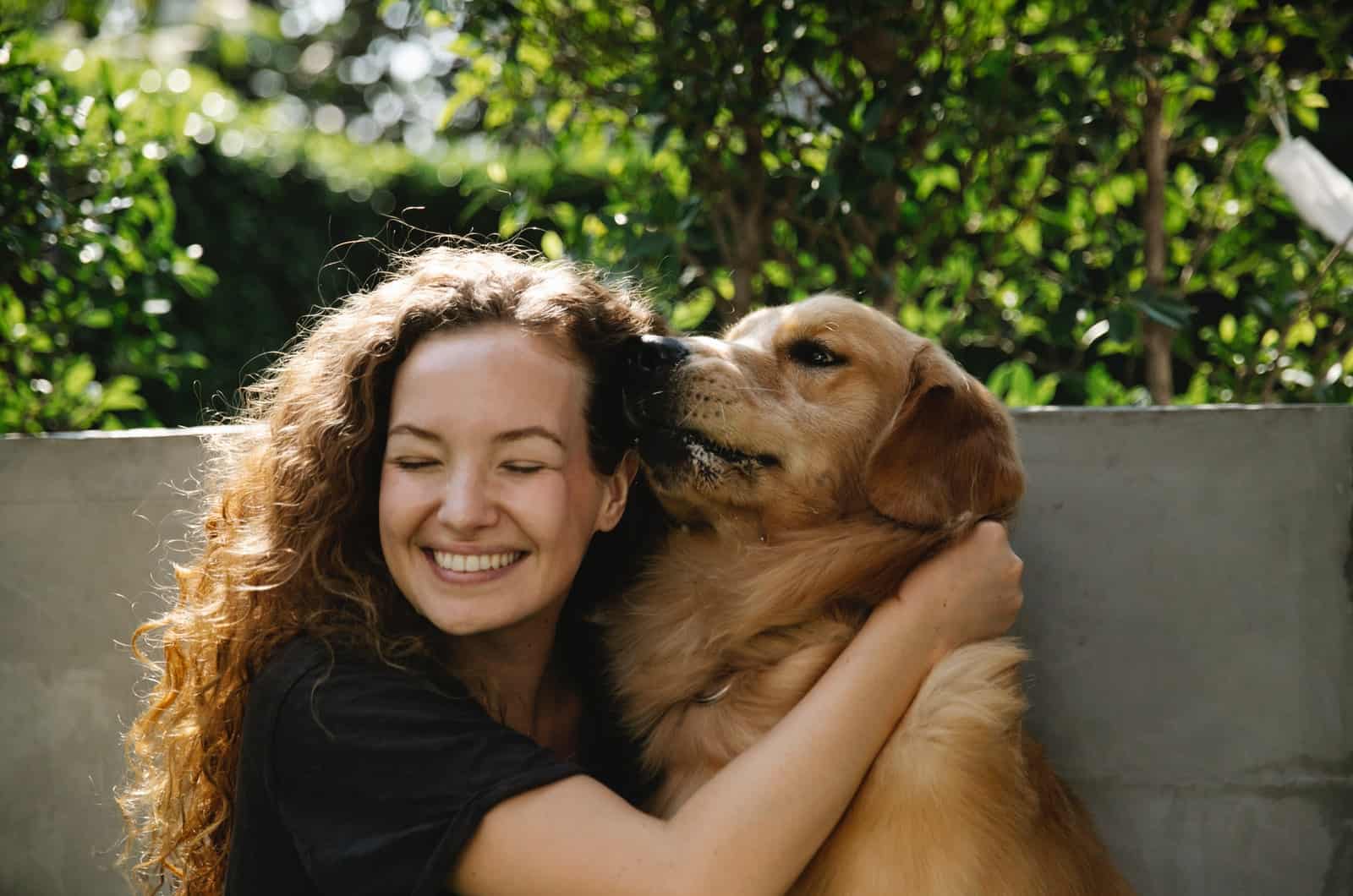 We all know that our dogs love us unconditionally, but as we said at the beginning, shelter dogs seem to give just that little bit more. Each of them has a story, and few of these are happy ones. Sometimes we know their history, but in many cases, we have no idea what they’ve been through. All we know is that they appreciate being given a loving home, and they let you know this every day.

Here are some rescue dog quotes to remind us of how special they are:

“A dog is the only thing on this earth that loves you more than he loves himself.”

“When an eighty-five-pound mammal licks your tears away, then tries to sit on your lap, it’s hard to feel sad.”

“No matter how little money and how few possessions you own, having a dog makes you rich.”

“Such short little lives our pets have to spend with us, and they spend most of it waiting for us to come home each day. It is amazing how much love and laughter they bring into our lives and even how much closer we become with each other because of them.”

“The average dog is a nicer person than the average person.” 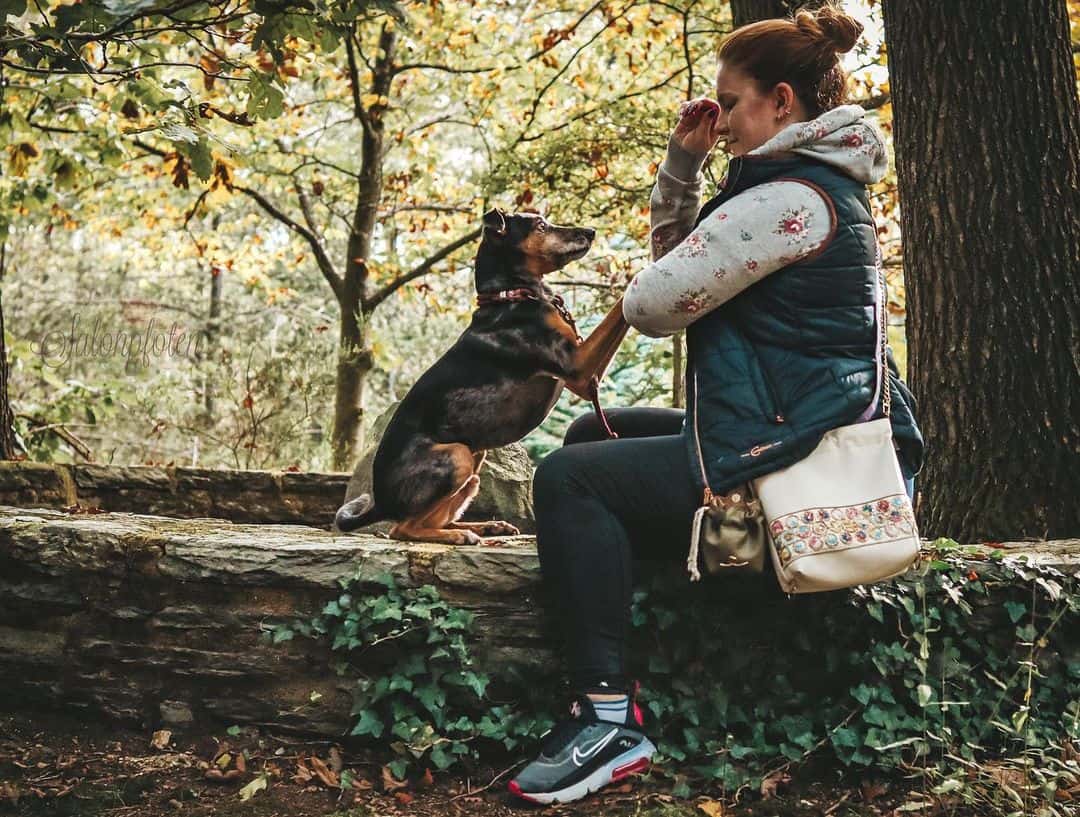 “If there are no dogs in Heaven, then when I die, I want to go where they went.”

“There is no psychiatrist in the world like a puppy licking your face.”

“Home is where the dog runs to greet you.”

“Fall in love with a dog, and in many ways you enter a new orbit, a universe that features not just new colors but new rituals, new rules, a new way of experiencing attachment.”

“When you look into the eyes of an animal you’ve rescued, you can’t help but fall in love.”

“The only creatures that are evolved enough to convey pure love are dogs and infants.”

“Dogs leave pawprints on our hearts.”

As you can see, there’s a theme here that runs through most of these quotes: unconditional love. Anyone who has owned a dog, whether a rescue or not, knows the feeling of coming home to a fur baby that is so happy to see you. There’s no feeling like it. 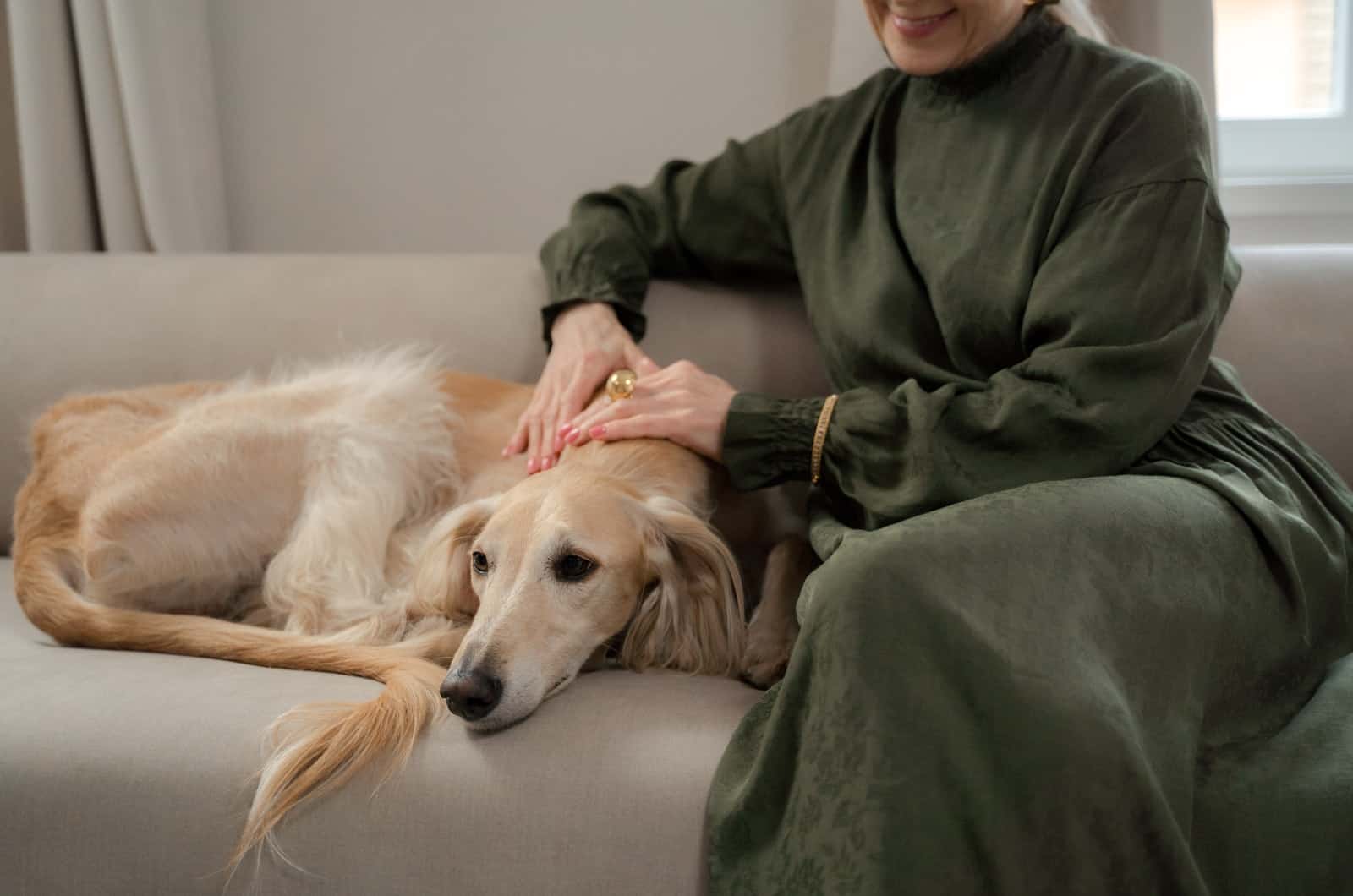 We can learn a lot from some of the quotes made over the years. Here are a few that we should consider:

“Pit bulls are famous, in circles of knowledgeable dog people, for the love and loyalty they bestow on anyone who shows them a smidgen of kindness.”

“The perfect rescue dog is out there for everybody. You just have to find it.”

“As anyone who goes into dog rescue knows, it is not a for-profit business, but the rewards are priceless for me.”

“If a man aspires towards a righteous life, his first act of abstinence is from injury to animals.”

“Our task must be to free ourselves…by widening our circle of compassion to embrace all living creatures and the whole of nature and its beauty.”

“Animals are sentient, intelligent, perceptive, funny, and entertaining. We owe them a duty of care as we do to children.”

“The greatness of a nation and its moral progress can be judged by the way its animals are treated.”

Okay, so we’re widening the field further than rescue dogs here, but if we’re serious about rescuing dogs, why not all animals? 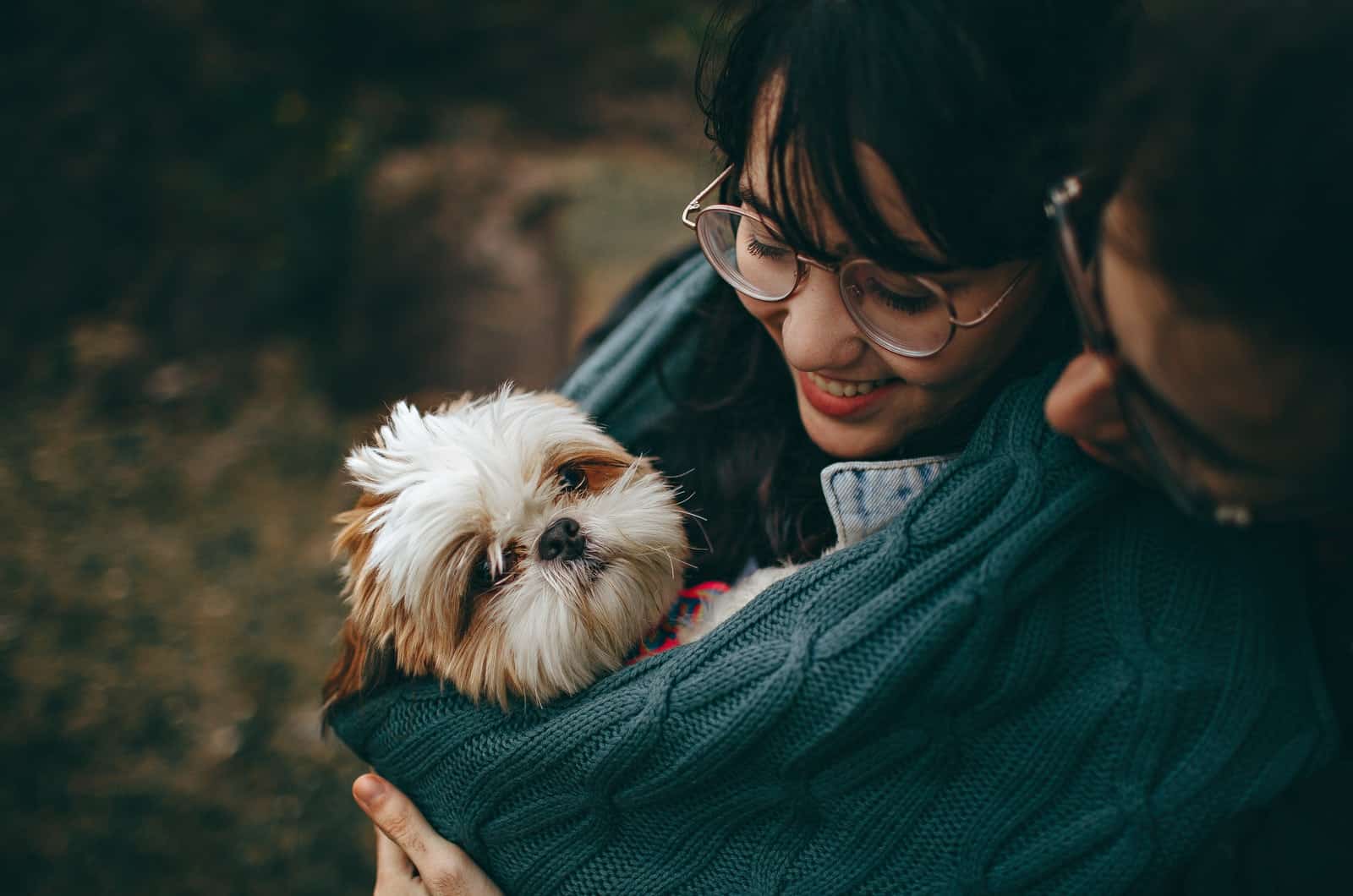 Of course, we’re biased, but rescue dogs are best.

Here are some anonymous quotes that were written by rescue dog owners to convince you to get one for yourself:

• Rescue is my favorite breed.
• Unconditional love is as close as your nearest shelter.
• The best things in life are rescued.
• Recycle love, adopt a shelter pet.
• Rescue a dog, and they’ll rescue you right back.
• Rescue: it’s not just a verb; it’s a promise.
• You can’t change a rescue dog’s past, but you can rewrite its future.
• I adopted my best friend.

So many rescue dog owners know the feeling of looking into their pet’s eyes and seeing the love, gratitude, and happiness when they reach their new home, knowing that this is a safe and loving place. Taking on a rescue dog may be a challenge, but the rewards are far greater than any hardship involved.

If you have any doubts about the fact that human beings and dogs have a special relationship, here are some facts that might convince you: there are around 470 million pet dogs worldwide. The USA has almost 90 million pet dogs, with 50% of American homes owning at least one dog.

Out of these 90 million, around 19% were adopted from a rescue group or animal shelter. Dog lovers know that every single one of our furry friends is special, and all dogs’ lives matter. But there’s something extra-special about rescue dogs. They seem to have more love to give. It’s as if they know that they’ve been given a second chance, and they show their appreciation at every opportunity.

They have touched our hearts so deeply over the years that many people have taken to writing quotes to express their feelings about these wonderful animals.

You’ve read some of the best dog quotes here, with the emphasis on rescues.

It’s important to remember the wonderful people, mostly volunteers, who devote their time and effort to running shelters and rescue groups, saving thousands of lives every year. They deserve recognition for their love and dedication.

But in the end, it’s all about the rescue dogs, so if you can help, then do so.

“When you adopt a shelter pet, you save two lives: the one you adopt and the one that takes its place.”

[…] you want to get a dog for a lower price, you can always consider adoption. Adopting a Tibetan Mastiff puppy is the more ethical thing to do, and it will save you money. Most […]

Newfoundland Growth Chart: Do They Ever Stop Growing?

[…] an animal shelter, a kennel, or a rescue center. If you’re in a dilemma, I’m sure this quote about rescued dogs will help you make your final […]