You can’t simply pull over and yell, “Take my money” as soon as you see a sign that says “Puppies from true European Doberman Breeders.” Chances are, they’re not actually European, and they’re not even true.

Who knew finding good European Doberman breeders is a hard task? What’s so difficult about finding a dog breeder? Well, apparently, there’s a lot of trouble involved in getting you to the right people.

There are numerous frauds, cons, unethical breeders, fake breeders, and accidental breeders that will try to sell you their Doberman puppy.

And who can blame them for wanting money and success? The real, reputable breeders are either too busy raising Dobermans or too inexperienced to start a good advertising campaign.

The fake breeders seized this opportunity and became popular among uninformed dog lovers.

Genuine European Doberman breeders are small groups that don’t advertise as much as they should. Their lack of interest in the advertising world made people believe they’re not the real deal.

That’s why we’re going to turn the tables and show who you should trust.

Contents show
1 The Tricks That Tell Them Apart: How To Spot A True European Doberman
2 Do I Have To Fly To Europe To Get My Dobermann?
3 Doberman Puppies for Sale: The Best Reputable Breeders
4 At the end of the day…

The Tricks That Tell Them Apart: How To Spot A True European Doberman People often forget how tiny things are the biggest ones. A single, teensy mistake could tell you who’s hiding behind that “Doberman puppies for sale sign.”

A real European Doberman wouldn’t ever be listed as a Doberman Pinscher.

The only proper way of listing this dog is as European Doberman or, simply, Doberman. Besides, the Doberman puppy has a much thicker snout than the Doberman Pinscher.

Do you know the AKC? Yes, the American Kennel Club! Well, it seems like the fake breeders don’t know about this organization, or they’re too afraid to link it with their Doberman Pinscher puppies.

If you see a fancy photo setting with the breeder all dressed up in a tux and a perfectly primped pup, run. It’s a trap – a scam by the unethical Dobie breeder. A real European Doberman breeder will have a simple outdoor photo with the dog on a leash.

Descriptions that are too good to be true usually are. Most of the fake breeders list their Dobermans to have bloodlines from Europe or areas around it. Better think about it one more time!

Last but not least, such breeders often reference the dog with some of the working dog titles such as IPO/Schutzhund/IGP.

Considering that this dog breed is often used as personal protection or a family companion you should trust, getting a Dobermann from a fake breeder might not be such a good idea.

Do I Have To Fly To Europe To Get My Dobermann? In all seriousness, you don’t have to go to Europe to become a Doberman owner.

There are reputable Dobie Breeders in the States and places where you can find them. Their offspring can outmatch any European pup.

Check out these hot spots first when you start your Doberman hunt:

If you want to be safe, go with the AKC Market Place. They have all the best reputable breeders who have the needed certifications and have passed the required protocols.

These breeders conduct health tests every dog breeder should normally do.

However, the thing with the AKC Market Place is that it carries lots of Doberman Pinschers and rarely some true Dobermans.

The DPCA focuses on lists that carry all the dog breeders. Your task is to check out the PU and HT, where PU is a puppy, and HT– health testing markers.

The Doberman Diversity Project is a nonprofit organization focused on the longevity and disease battling capability for Dobies.

Lastly, the United Doberman Club isn’t a dog club where pups can join. It’s the biggest registry of all Doberman breeders who breed the European Doberman. Over the years, some Doberman breeders have become more successful and notable than others, all thanks to their devotion and professionalism. A good breeder has to put the dog’s health before anything else.

These are the people who prefer doing health tests for issues such as DCM (dilated cardiomyopathy) over continuous breeding throughout the year. Indeed, such breeders do have a few litters every year; but it’s the quality, not the quantity, that matters.

It wouldn’t hurt to know who those breeders are:

• Bell’Lavoro (Listed on United Doberman Club and Doberman Diversity Program, based in New York, the owner is Vicky Rotolo Brachfeld)

• Unique Dobermans (based in Oregon, listed on Doberman Diversity Project, carry both the Doberman Pinscher and Doberman with working dog titles. The owner is Jan Whistler-Clark)

• Del’Agilio Working Doberman (listed on the UDC, and exclusively carries the European Doberman. Based in Staten Island, New York, their owner is Frank DeLaglio)

• Feverhaus Dobermans (they also carry only European Doberman and are listed on the UDC. This breeder is based in Long Island, and his name is Mitch Edley.) 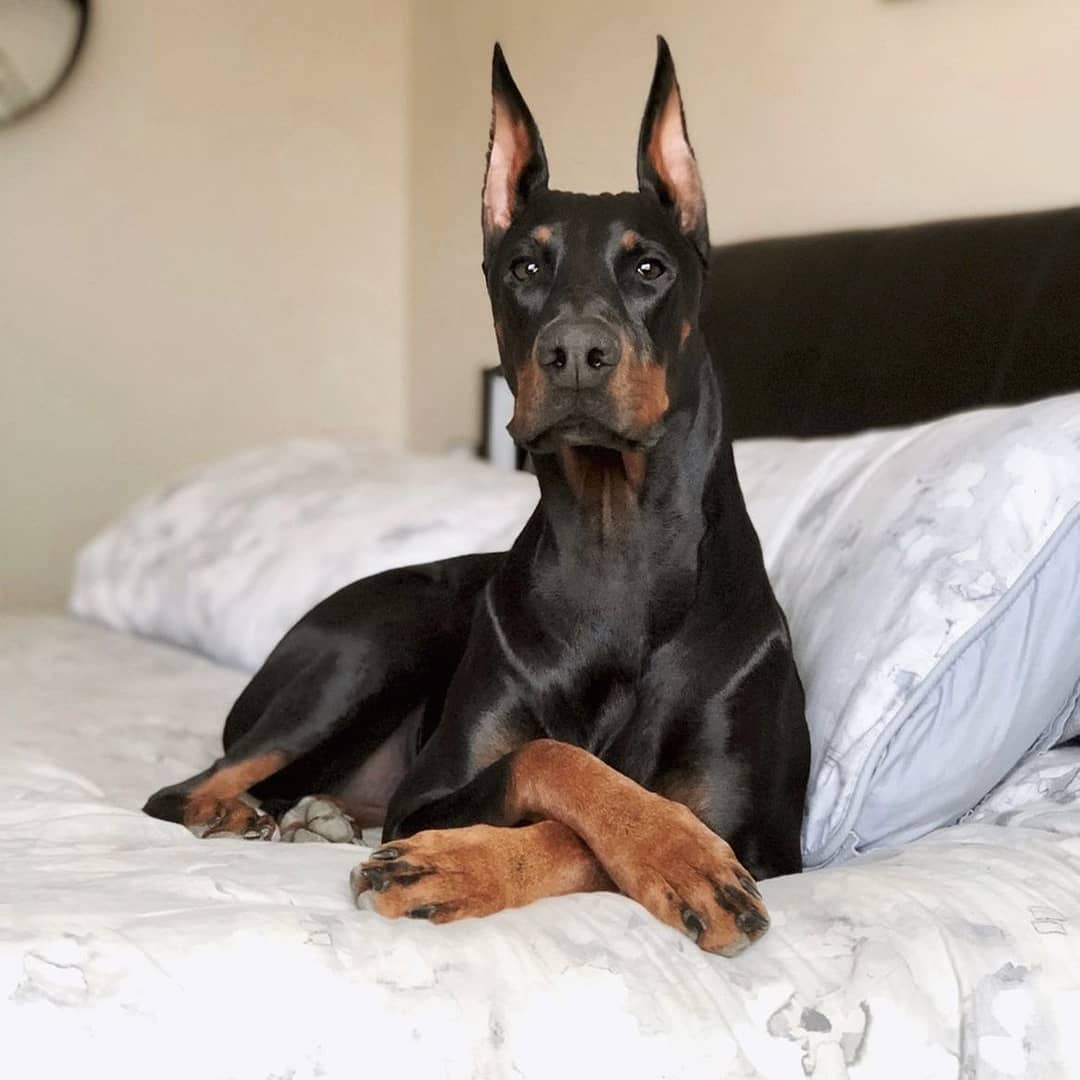 All of these breeders are based in the States, but some Euro breeders should be mentioned. One of them is the Altobello Dobermann Kennel.

The Altobello Dobermann Kennel is based in Europe, Serbia, and they’re famous for their top-notch Dobermanns!

The family business grew from one family dog to an association of quality Dobermanns who’ve found their home all across the world.

The Altobello Dobermanns were working dogs from the start, but nowadays, they focus more on the European shows where they can present their full glory.

Their pups are bred following the highest FCI standards. And yes, they are truly glorious!

True Dobermans are loyal buddies who will put their owner before anyone else.

At the end of the day…

It’s not really important which Doberman breeder you choose as long as it’s a true European breeder.

What matters is to avoid fake breeders and scammers as much as you can. Naturally, sometimes it would be hard to detect which one’s a scam and which is not.

However, with a little help from our tips and tricks, you’ll be able to spot the frauds in no time.

Getting a Doberman of high quality does require some effort, but the result is worth all the trouble. Whether you want one to be a protection dog, a therapy dog,  or simply a family pet, Dobermans are an amazing addition to your life.

… And truly unfairly put on the margins of the canine world! 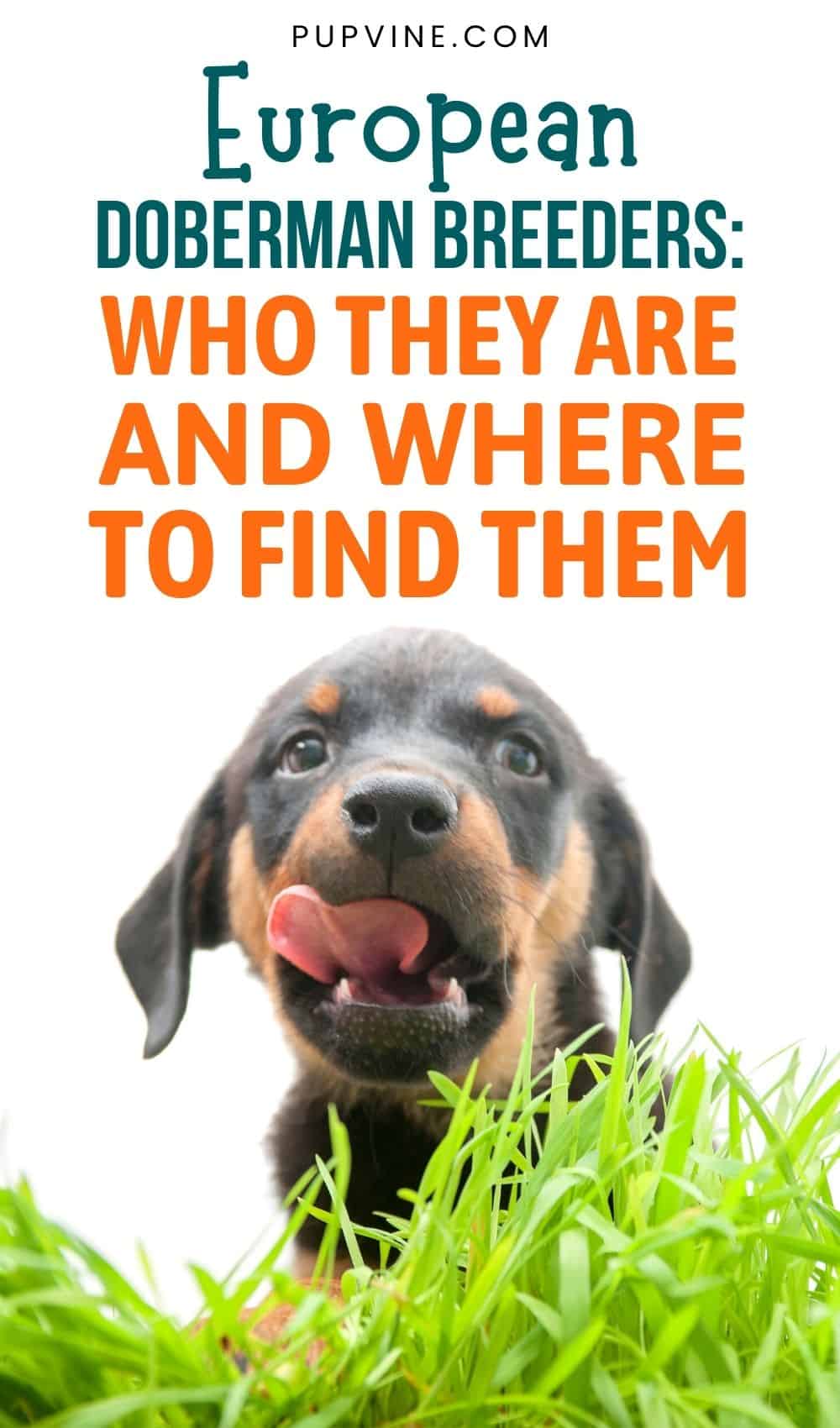 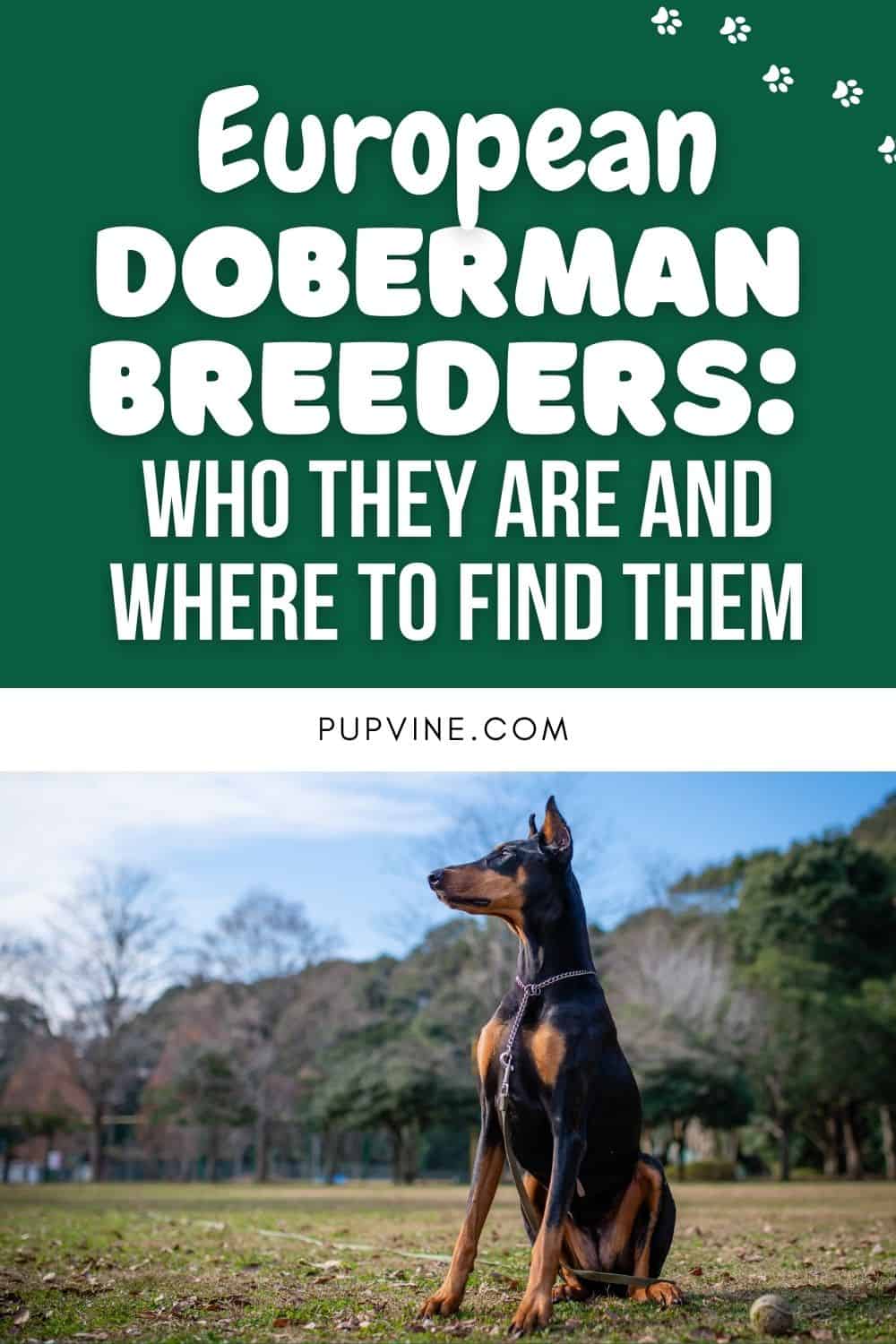 […] That is why these breeders follow European breeding standards for Dobermans, and they are among the best European Doberman breeders in […]

[…] Related reading: European Doberman Breeders: Who They Are And Where To Find Them […]

Fawn Doberman: Everything You Need To Know And Much More

Cane Corso Vs Doberman: The Battle Of The Mighty Paws

[…] European Convention made it illegal for European breeders to dock the tails of the majority of dogs and crop the ears of any dog breed. This means that the […]