Many purebred dogs like the Boxer, the Boston Terrier, the Great Dane, and the Doberman have cropped ears as a part of their breed standard. But, this procedure is very controversial. Lots of other dog breeds like the Rottweiler, the German Shepherd, the Bulldog, and the Mastiff aren’t usually submitted to this procedure.

Rottweiler dog ear cropping is only done for aesthetic reasons. It’s cruel, unnecessary, and absolutely inhumane. Not even entering dog shows would be a good reason to crop a Rottweiler puppy’s ears since the official AKC rules allow them to be all natural and uncropped.

Ear cropping isn’t the only thing bothering Rottweiler lovers. It’s tail docking, too! This is another infamous procedure you see all the time with this dog breed. We’ll discuss tail docking, too, see when they do it, and look into reasons why. Here’s a hint: none of the reasons are good enough!

Sadly, sometimes you’ll fall for a puppy with already cropped ears, and you will need to know how to deal with it. We recommend you go through this article and decide for yourself whether you want this procedure for your Rottweiler puppy or not. Even though cropping may be considered as a breed standard, no one will actually come to your door and check whether you’ve done it for your dog or not.

What we also recommend is not to put your dog through unnecessary pain. Rottweilers with cropped ears is an uncommon thing, and it should become… extinct!

Let’s move on to the ear cropping procedure, how it’s done, when, and what the reasons are behind it!

Why Are Rottweiler’s Cropped Ears A Thing? 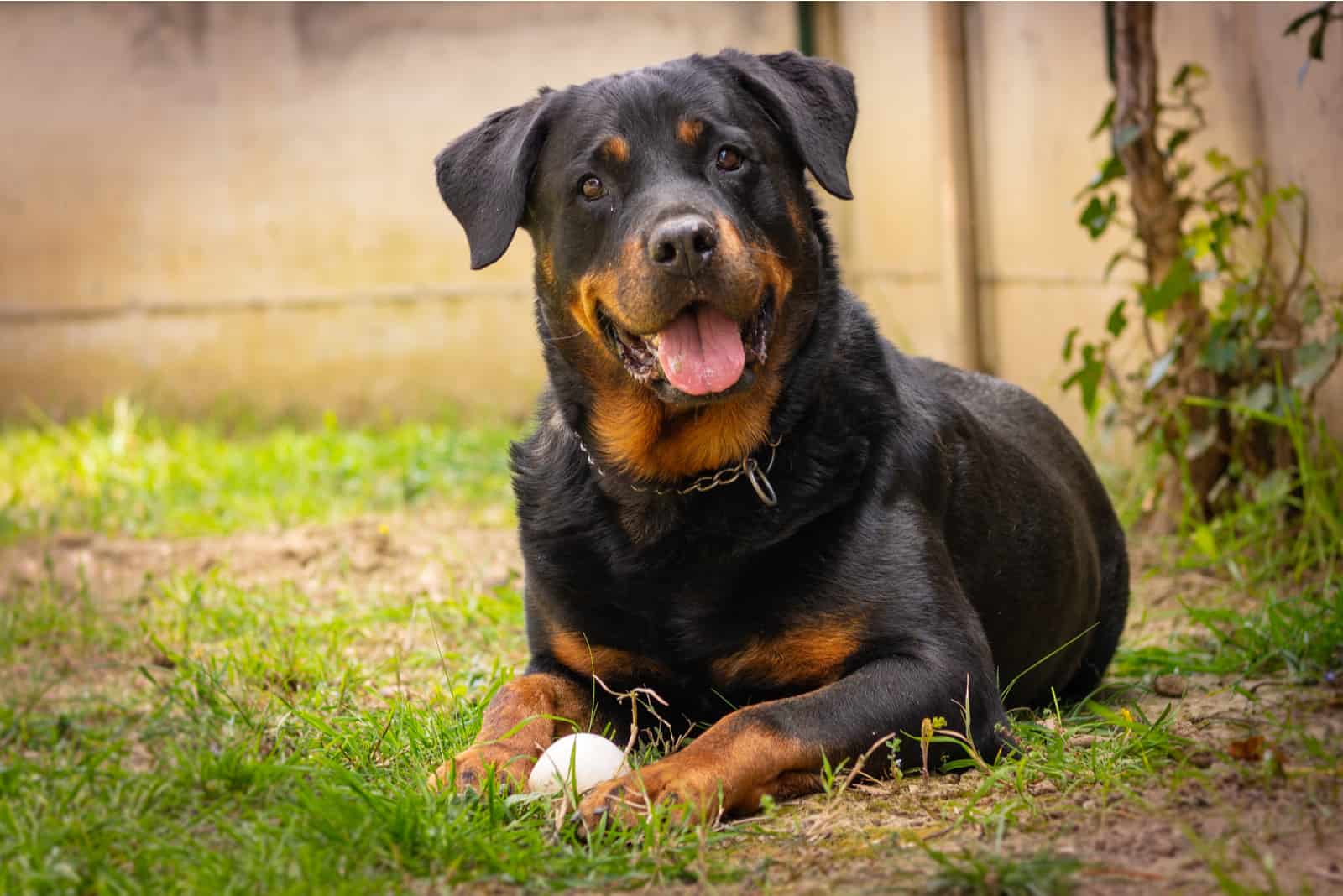 Cropping a dog’s ears happens mainly for aesthetic reasons. Some dog owners and experts believe that dogs will look better if you have their ears cropped. This makes the dog look intimidating.

When you have in mind that some dog breeds were once used as military or service dogs for guarding or even dogfighting, ear cropping makes sense. Some people will even see a dog’s cropped ears as a sign of his aggression!

Some dog breeds even choose the ear cropping process as a part of the breed standard. Take Dobermans, for example! That’s why some ignorant dog owners still have their dog’s ears cropped. It’s just something they think they’re supposed to do.

It’s good hygiene habits and regular ear cleaning that prevents ear infections, and a good Rottweiler owner should know this.

Fortunately, there are more and more Rottweilers and Dobermans with uncropped ears lately.

Is Ear Cropping Good For Dogs? 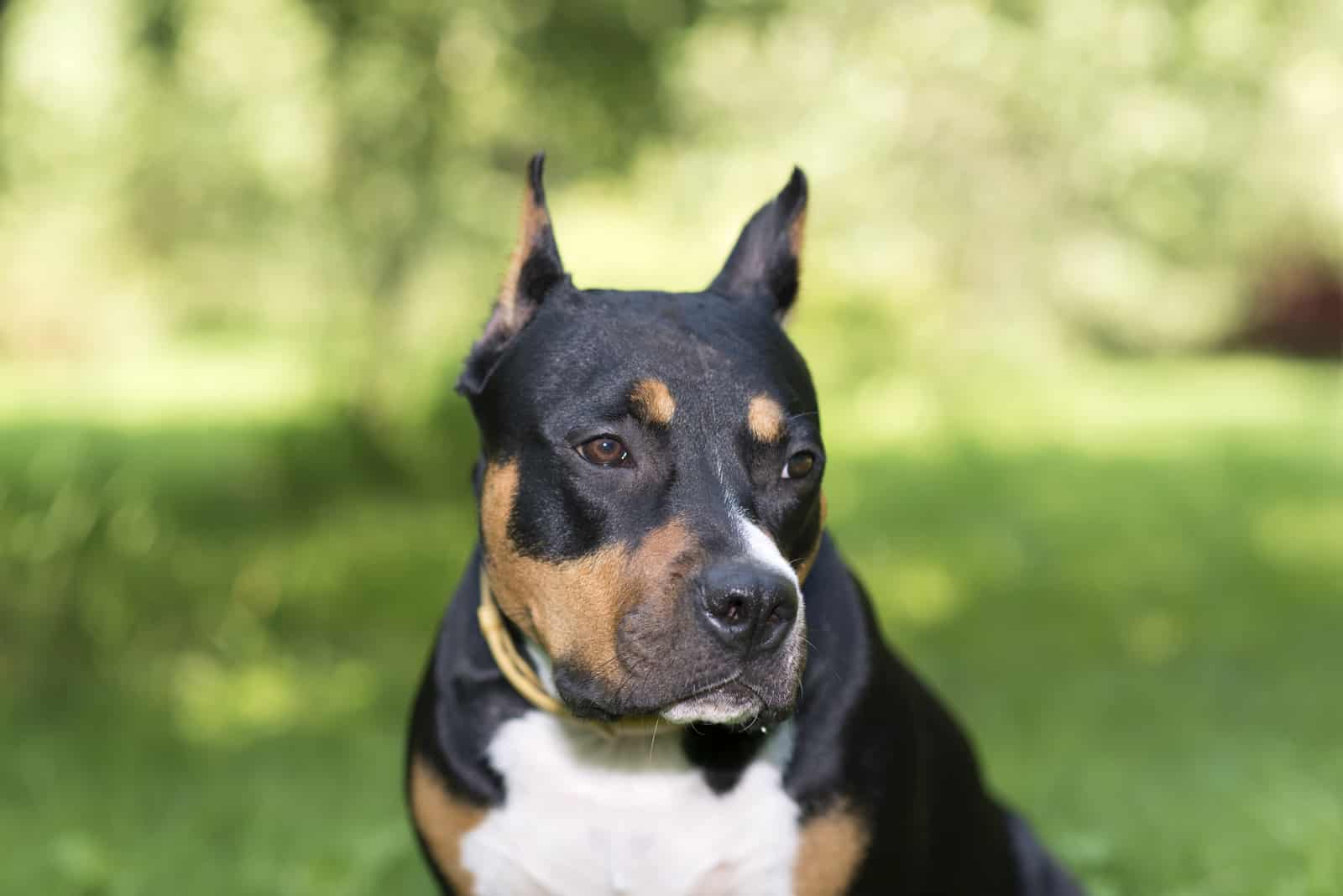 Cropping a dog’s ears is a surgical procedure, and you should talk to your veterinarian first before doing it. Wanting to do this to your dog only because he’ll look fierce is not fair to the dog at all.

Cosmetic reasons aren’t good enough to have your dog’s ears cropped. Neither are ear infections. In fact, dog breeds that are actually prone to ear infections (not Dobermans or Rottweilers) aren’t usually clipped.

There are really no good reasons why you should have a dog’s ears cropped. But, there are a bunch of negatives. That’s why many countries are trying to ban this practice, as well as docking the tails with some breeds like the Rottweiler.

The ear cropping procedure isn’t painless at all. It leaves a big possibility of developing an infection. Infections can turn into something much worse. Think gangrene! You wouldn’t like to do this to your dog, would you?

What Do You Do If Your Rottweiler’s Ears Are Cropped? 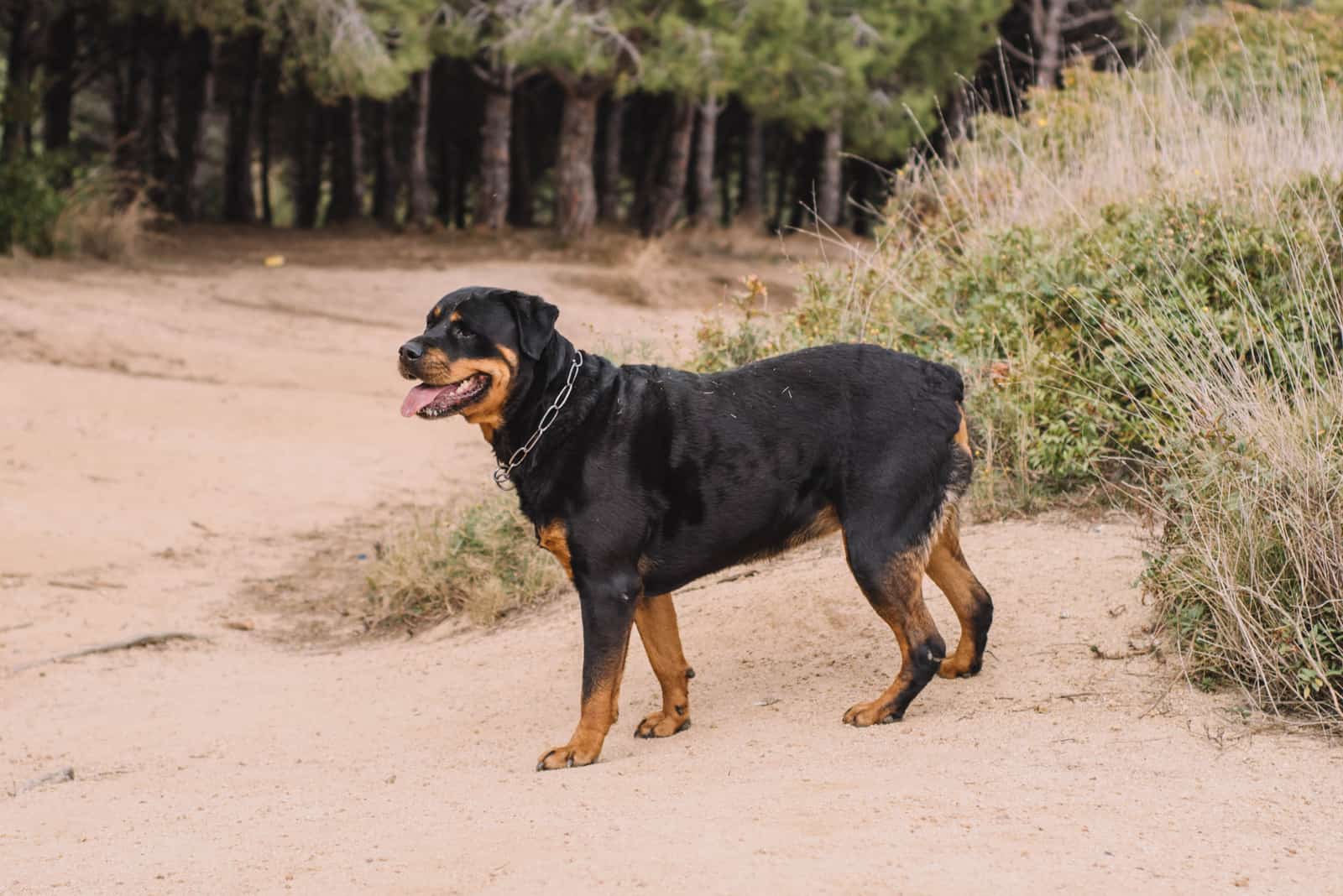 In case you’ve got a Rottweiler whose ears are already cropped, there are some things you should be aware of. Many people crop the ears unprofessionally, and thus, cause further problems.

Once you get a puppy with cropped ears, try to find out who has done the procedure. Was it a vet or a professional? In lots of cases, it’s done by a so-called professional in their backyard. How unreliable!

If the ear cropping procedure isn’t done the right way, infections could develop that may lead to further complications. Get to know the breeder before you purchase the puppy.

If you’re one of those people who wants to crop the dog’s ears, let a professional do it to make the whole process a bit easier for the dog. But, no one guarantees a pain-free process, especially not during the recovery.

When getting a Rottweiler puppy, you should do research and find reliable breeders who are open about their procedures. It’s more important if the dog breeder conducts health tests rather than ear cropping or docking. A good breeder who cares about his dogs and wants to make them your future family members will be against these procedures, and won’t allow you or anyone else to perform them! 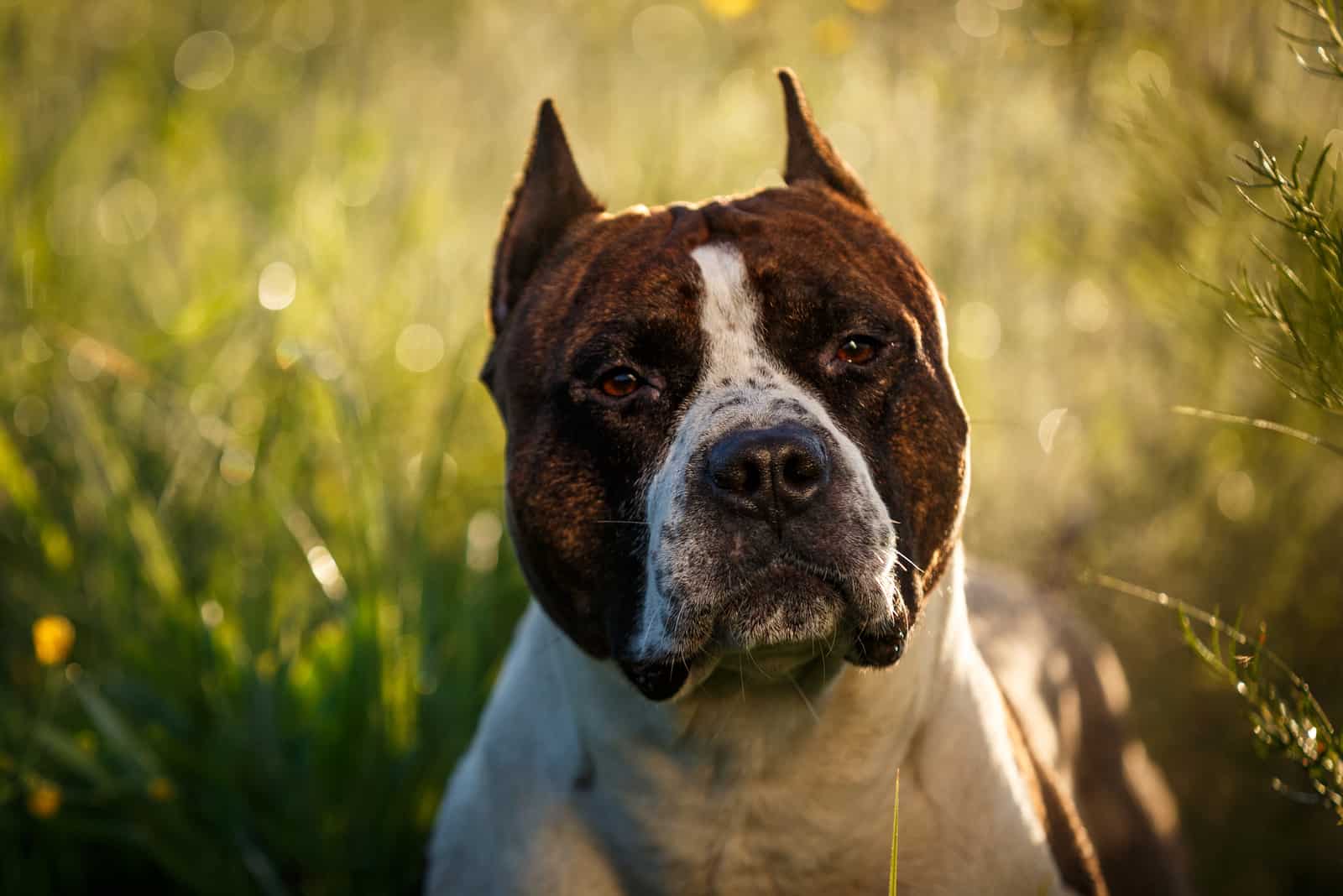 Just like tail docking, ear cropping has become a controversial matter for all dog lovers. The good news is that many countries are banning these practices, including a vast majority of U.S. states.

There are no federal laws against ear cropping in the States, but opinions differ from one state to another. You’ll find that even in the states where tail docking and ear cropping is allowed, there aren’t many professionals or veterinarians who would perform the process.

The sole idea of tail docking and ear cropping is not humane and does not bring any positive. That’s why numerous organizations these days are trying to find a way to convince governments around the world to ban these practices.

The following counties or provinces have these processes banned:

As for Canada and the USA, the states of Vermont and New York are trying to make a bill to make these processes illegal. In Canada, Prince Edward Island and Newfoundland and Labrador have prohibited ear cropping, tail docking, and most cosmetic surgeries on pets. New Brusnwick, Nova Scotia, and Quebec have banned all veterinarians who perform these procedures. Manitoba, British Columbia, and Saskatchewan also have ear cropping on ban.

We support that something is actually happening on this matter. But, how long will it take for people to understand that ear cropping and tail docking are bad in so many ways? No one knows!

How The Ear Cropping Process Is Done 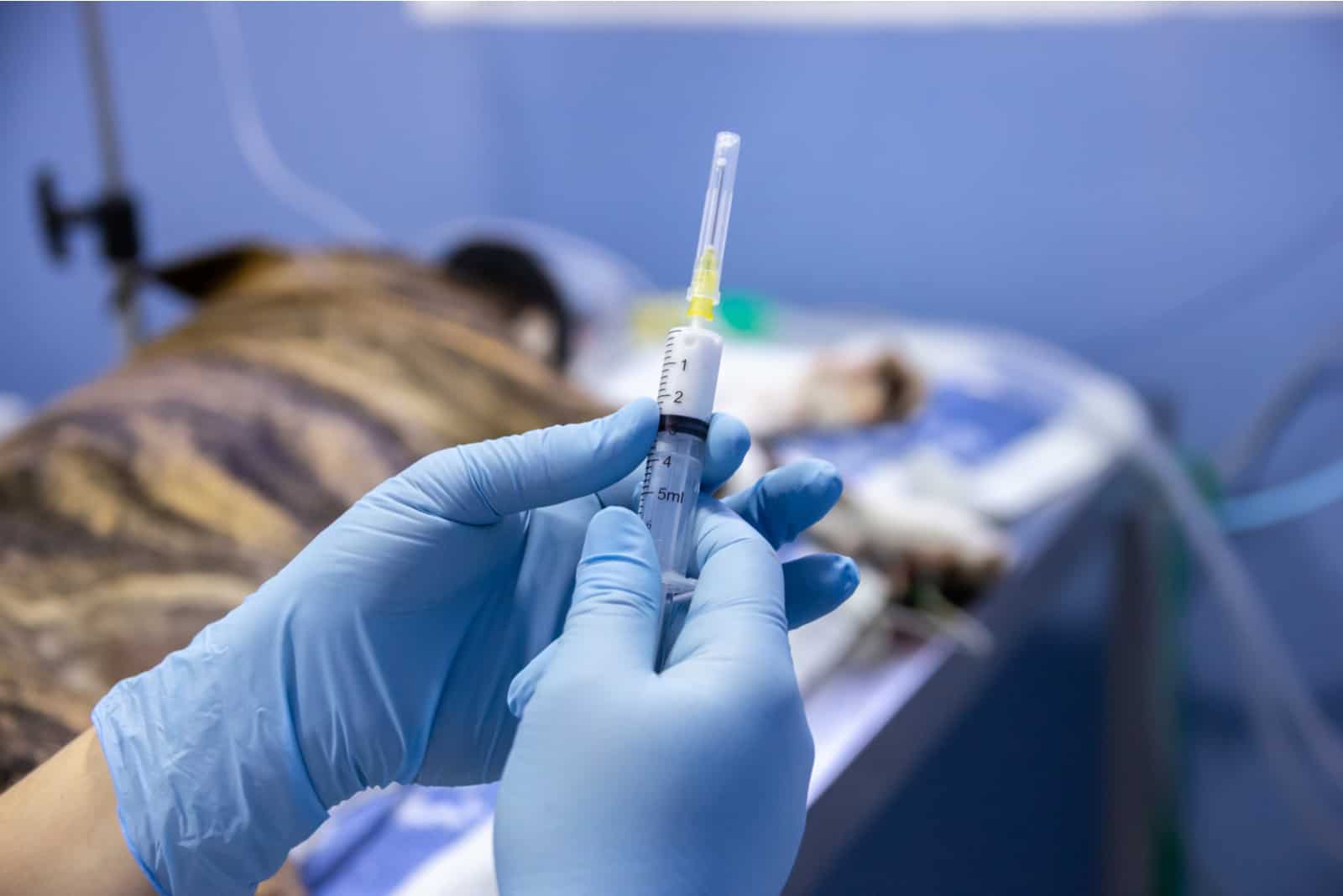 The ear cropping process is done when the puppy is between 8 and 12 weeks of age.

The puppy is put under anesthesia to keep it calm and make the procedure painless. However, the recovery isn’t painless at all.

During the procedure of ear cropping, the floppy part of the ear (pinna) is removed and the ear is left with a stiff portion. Goodbye ear-flaps! This removes the cover over the inner ear, which is where ear infections occur. But, we’ve already addressed the ear infections matter.

Then, the ear portion that remains is submitted to taping. The dog gets his ears taped to a hard surface that keeps them stiff and facing upright. They stay like this for 4 to 8 weeks in total, with regular bandage changes. The result is the popular Rottie pointed ears.

Tell us… is it really necessary to have a puppy’s ears all taped up to some sticks and pointed up? Not only does it look ridiculous, but it will make anyone on the street ask: What’s wrong with your dog?

Is Ear Cropping Good For Dogs Or Is It Cruel?

You don’t have to be a professional, a vet, or a canine expert to tell if this procedure is curel. All dog owners and dog lovers who have common sense will agree that exchanging floppy ears for cropped ones is absolutely cruel and unnecessary.

“While it is true that some breeds are shown with their ears cropped, there is nothing in AKC rules and, in fact, nothing in any breed standard that compels an owner to have this procedure performed as a prerequisite to entry at a dog show. Even if it is traditional in a particular breed that the dogs have one of these alterations, it has the same potential to win as any other dog of the breed, and will only be judged based on the compliance of that dog to the breed standard.”

Tail Docking: What Is That? 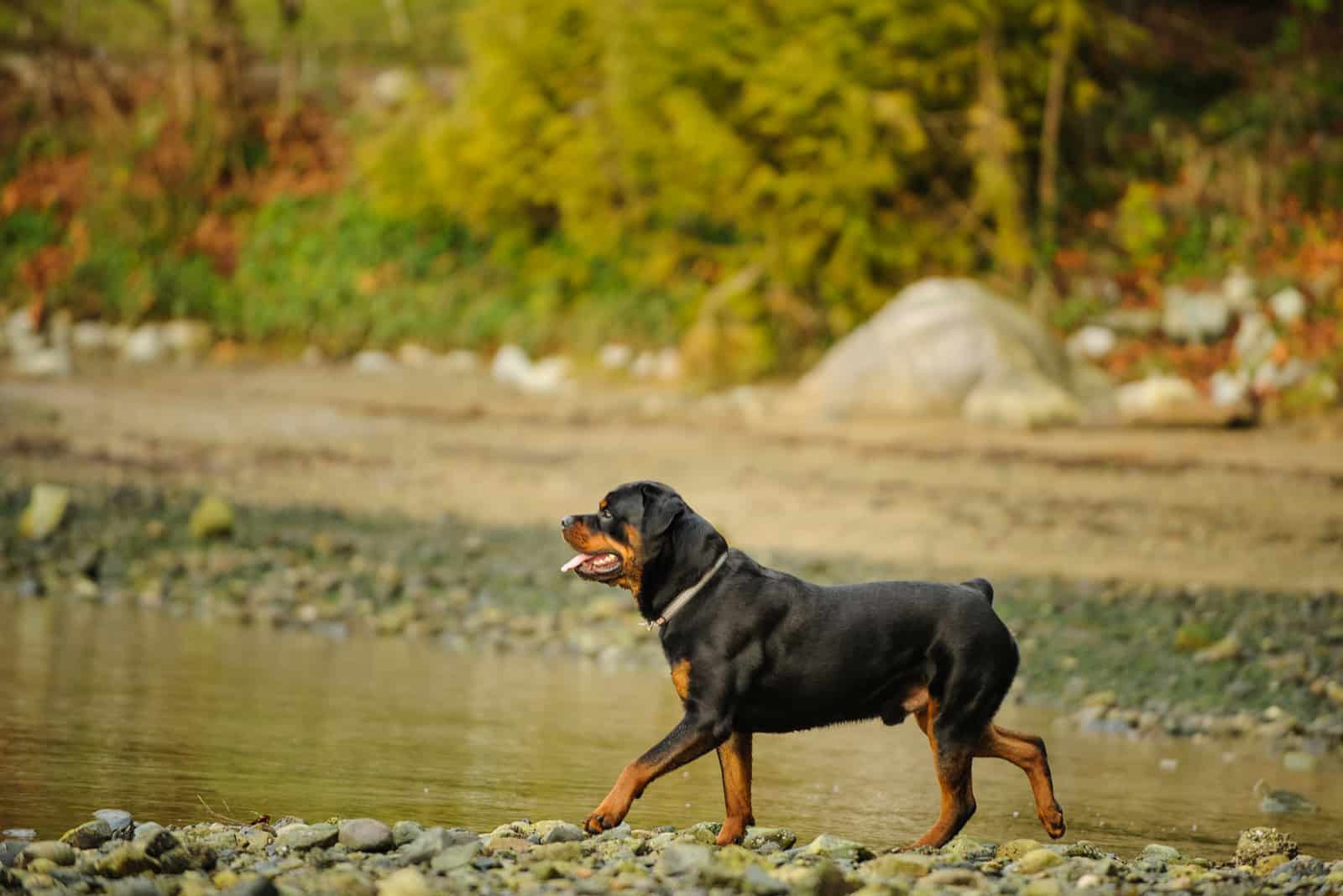 Tail docking is another cosmetic surgery that’s completely unnecessary for dogs. It’s a procedure where the vet removes a part of the dog’s tail, usually seen with Rottweilers.

While ear cropping can occur when the puppies are 6 to 12 months old, tail docking happens when the puppy is only a couple of days old, while their tail is still soft and easy to cut off. Sadly, this procedure is usually done without anesthetics. A dog’s ears and tail have a forceful blood supply, so imagine the pain!

Back in the days, guard dogs and herding dogs were regularly submitted to this procedure.

A lot of dog breeds are submitted to tail docking, including:

So, why do people have their dog’s tail docked?

Some of the most common reasons include:

– convenience to prevent the dog from knocking over things around the home with its tail (how ridiculous!)

– liability when herding cattle to prevent the animals from biting the dog’s tail.

As you can see, there is not a single good reason why tail docking is normal. 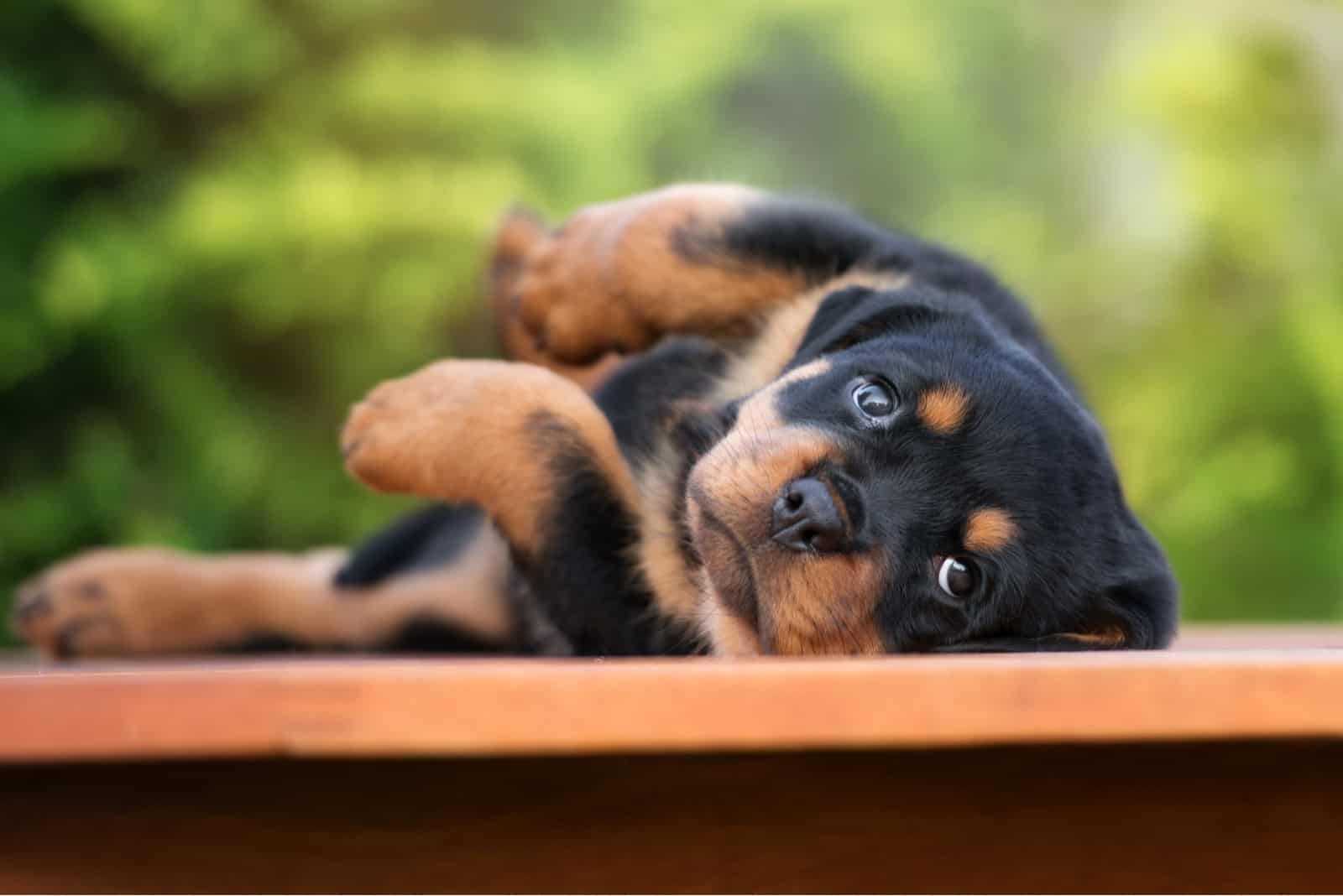 When adopting a Rottweiler puppy, you must be aware that some puppies come with cropped ears. A Rottweiler’s cropped ears aren’t common, but they can happen. This is why you need to find a reputable breeder who is open about his breeding process and raising his puppies.

Different breeds of dogs, including Rottweilers, have docking and cropping as a part of their standard growing-up procedures. We should finally put an end to them and relieve the dogs from any pain that’s not necessary.

When you think about it, tail docking and ear cropping aren’t beneficial at all. For real, who cares if the dog’s ears are pointy or floppy? Let’s just let the dogs be healthy and painless. Isn’t that what really matters?

So, enough with Rottweiler cropped ears, docked tails, and broken souls. Be a good pawrent to your puppy!

Read Next: Top 5 Roman Rottweiler Breeders In The United States

Boxer Ear Cropping: A Necessity Or Not? Let’s Discuss

Bully Ear Cropping: A Barbaric Method Or A Bare Necessity?

[…] ear cropping can be done on many other dog breeds such as Pitbulls, Cane Corsos, Rottweilers, Boxers, Schnauzers, Staffordshire Terriers, and Great […]

Are Rottweilers Good With Kids? Should You Get A Rottie?

[…] your kid that pulling on a tail or ears is never okay. Also, riding on the dog’s back is simply out of mind, so don’t even […]

22 Indian Dog Breeds That Will Surprise You

[…] like most Cane Corso and Rottweilers have their ears cropped, the Gaddi Kutta often undergoes this aesthetic […]