The micro-mini Goldendoodles are a cross between a Toy or Miniature Poodle and a Golden Retriever. The purebred dog breeds joined together to create perfection: a puppy named the micro Goldendoodle.

Without any doubt, the existence of a micro doodle must be linked to hard-working dog breeders. They came up with this designer dog, the freshest of them all, through a long path of breeding back and forwards.

The question is: how ethical was that breeding?

Surely, the micros are pure perfection with their tiny bodies and fluffy teddy coat. But, is it alright to breed them considering many health risks?

How about we snuggle under the blanket with our cuddly teddy pup and find out?

Is A Micro Goldendoodle A Breed Of Its Own? Truly, they can weigh from five to 10 pounds and grow up to 12 inches tall! These dogs are fairly new to the team, and Goldendoodle breeders have been promoting them lately.

The term micro was added to emphasize their small size purely for marketing purposes.

This toy-like dog might be the cutest one of them all, but the cuteness comes with a price.

So, to answer the question of the hour: No, this is not a breed of its own. The micro is just a small version of the beloved mix-breed, the Goldendoodle.

Goldendoodle Sizes: How Many Are There? The Goldendoodle is a crossbreed of a Poodle and a Golden Retriever, meaning there’s no standard sizing when it comes to this dog.

So many Goldendoodle puppies, so little space to adopt them all! Well, it looks like the trick is to find your favorite one. How about a teddy bear called the micro Goldendoodle? Goldendoodles come in a variety of colors and textures. However, micro Goldendoodles usually come in a curly coat, which can be colored black, brown, blue, silver, apricot, tan, silver, sable, merle, or parti colors.

There is a trick how to tell which color your micro doodle will be once it’s fully grown. Take a look under his ears!

No matter if the dog is an F1 Goldendoodle or any other generation, he can have either a curly, straight, or loose or wavy coat in any of the aforementioned colors.

The 411 On Breeding the Micro Goldendoodle Puppy Many breeders and dog lovers stand with the same ethical principles. They claim that breeding micro, micro-mini, and micro-petite pups is absolutely unethical!

The breeding process of a micro-mini starts with breeding a Toy Poodle with a small Golden Retriever. The following step is focused on breeding runts exclusively for the next couple of generations.

Only breeding the smallest dog from the litter, a.k.a. the runt, could lead the offspring to become smaller and smaller. The final result will come eventually in the shape of a micro Goldendoodle.

The select breeding is rather cruel on the animals. Such breeders are only thinking of the final result. No one stops to think about the many health issues these small dogs might have. Designer dogs often have plenty of health problems. The reason behind this is that they were created from at least two different dog breeds. Such breeding usually continues throughout the generations to get the desired result.

A dog that has many traits of other dogs is prone to lots of health conditions.

The practice has shown the following conditions to be among the most common ones:

Other veterinarians claim they can’t forget about the following conditions:

• development of dental and gums

Not one of these conditions should be considered harmless. All of them are potentially fatal, yet the health risks could be the only thing that could drive you away from these adorable cuddle buddies.

Money Talks: How Much Does A Micro Goldendoodle Cost? No, unfortunately, the price of the micro Goldendoodle isn’t as small as their size.

The micro Goldendoodle costs, on average, two to three times more than the regular Goldendoodle puppy. It’s not uncommon to see the multicolored micro-doodle pups sell for more than $5,000!

There are two reasons why these pups cost so much. The first one is the breeding process, and the second is the demand.

Breeding a micro Goldendoodle takes time. You have to breed several dog generations in order to get a teensy tiny doodle.

Furthermore, the demand for these puppies is becoming manic. The reason for such high demand, besides being utterly adorable, is the fact that these pups are hypoallergenic, meaning they have a low shedding trait. Those are two of the best genetic features!

Tell Me The Pros of Having a Micro Goldendoodle! Well, the biggest pro of them all has to be that they’re so unbelievably cute! No, that’s not your teddy bear running around the place. It’s the micro Goldendoodle!

Another pro for having these puppies is they don’t need much exercise. Obviously, they’re tiny dogs; they tire easily.

This also means there won’t be any destroyed furniture, missing slippers, or chased cats. Micros are kind and friendly and make lovely family pets.

Last, but not least, you can spend a fortune on dog food. Just imagine if you have some other doodle mix, like the bernedoodle or the Labradoodle.

Luckily, you have a tiny micro who doesn’t require spending much on food, but still eats like a king. 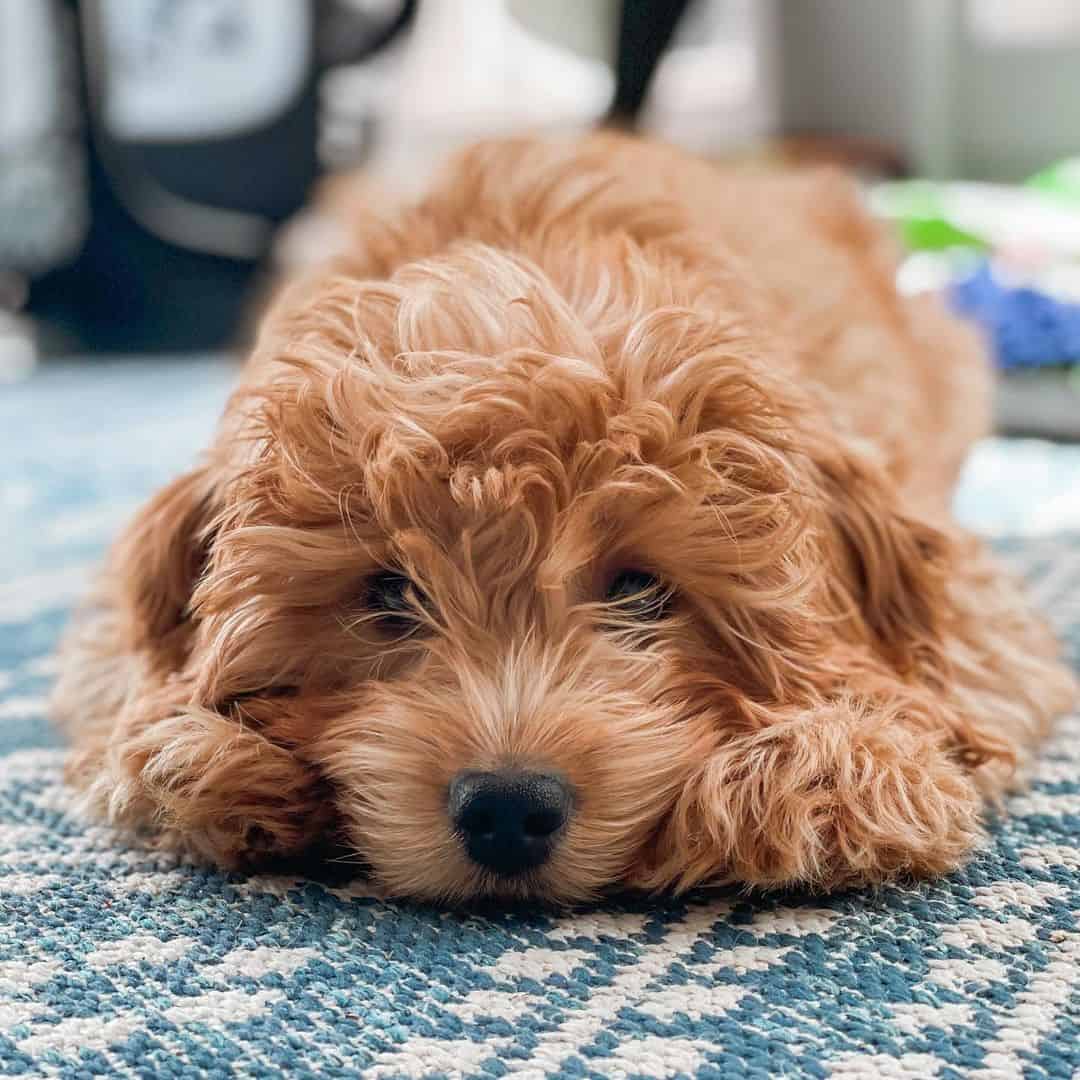 No one can say the micro doodle puppy isn’t adorable. They’d be lying if they did. The facts are clear: this is by far the cutest dog in the whole canine society!

Nevermind it isn’t a purebred dog.

What matters is how simply divine these pups are.

Other than some serious health conditions (which, honestly, isn’t them to blame), we can’t find a single con for having a micro Goldendoodle.

These golden teddies will cuddle up with you and charm you forever.

This isn’t something one should complain about, is it? 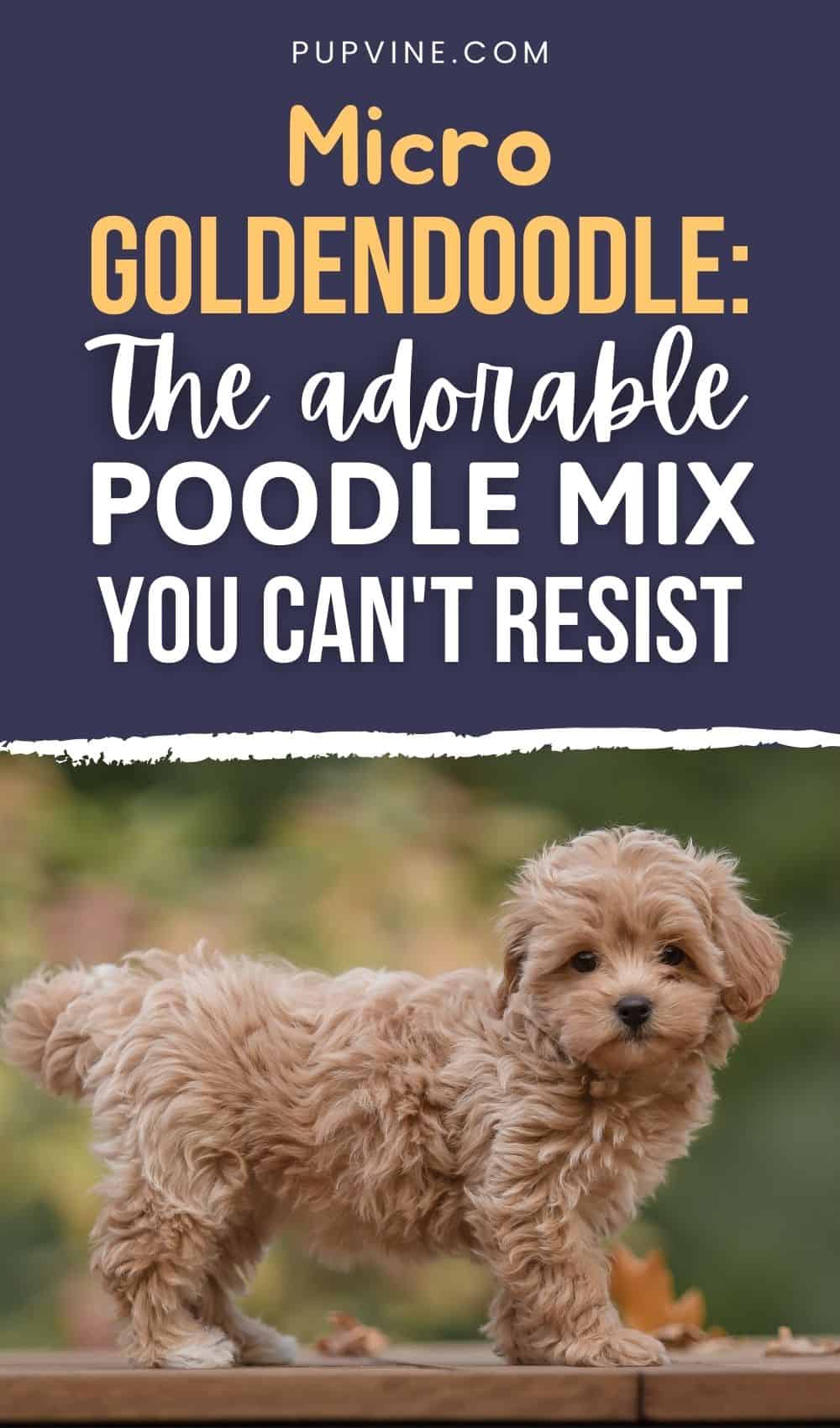 How Much Does A Shih Tzu Cost? Buying And Raising Shih Tzus

[…] but come with a heftier price tag. Some breeders will use the runts of the litter to produce micro or teacup dogs because they’re fashionable. Other unscrupulous breeders will deliberately […]

Shaved Goldendoodle: A Trend To Skip Or Not?

[…] of these coat colors and patterns are equally mesmerizing. All Goldendoodles (micro, teacup, toy, miniature, small standard or medium, and large standard) can fashion any of these […]

Do Goldendoodles Shed? An Honest Guide To Doodle Shedding

[…] the result, Micro Goldendoodles will shed even less as they are even smaller! The same goes for petite Goldedoodles and other small […]

Corgi Beagle Mix: Could This Be The Designer Dog For You?

[…] days are small enough to carry or fit in a purse, mostly because a handful of celebrities are into micro-dogs. The Corgi Beagle mix is small but not that […]