The husky breed is one of the most amazing and popular dogs in the world. Their strength to pull sleds is out of this world. And their affectionate nature? Priceless!

Originally bred to be working dogs, Huskies are more than that these days. They’re beloved canine companions and wonderful additions to any family.

These cuddly, sweet, and loyal buddies have a striking appearance and leave everyone speechless. There’s so much more to this dog breed than being a sled dog and cuddling on the sofa. You’ll find that out if you adopt a Husky.

Even though this dog breed isn’t from tropical lands, it’s still exotic, unusual, and interesting. As such, it requires only special dog names. But, choosing a perfect dog name is one of the toughest tasks every dog owner has to do. They’re so many factors to consider, from the dog’s looks to its personality. But, the biggest factor is: you need to like how the name suits your dog.

Without further ado, we’re gonna howl some perfect names to you. All you’ve gotta do is to put your finger on one of them.

Some Of The Most Popular Dog Names 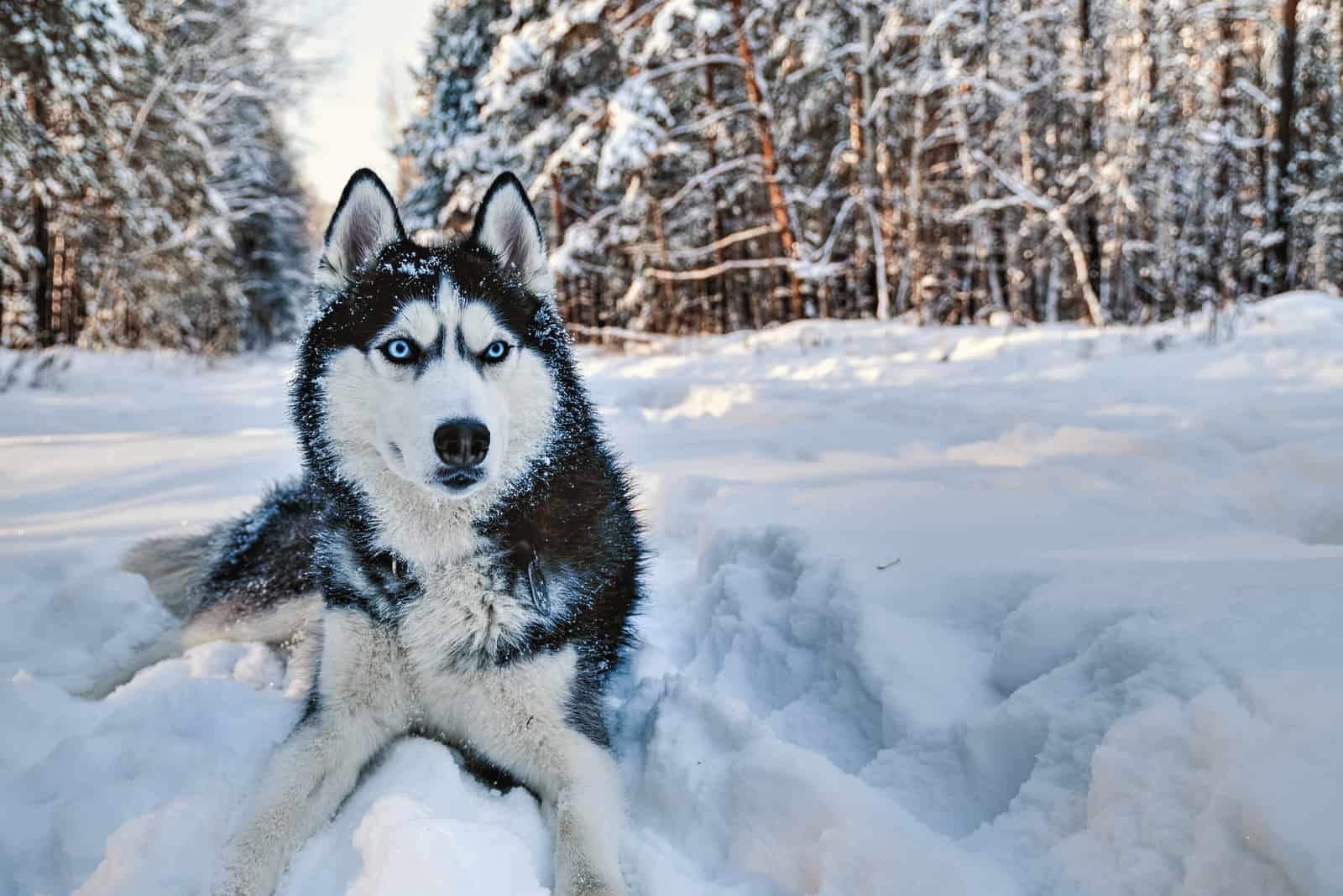 We’re starting with a simple list of the most used Husky names in the States. There are no criteria in this list. The names are here simply for their usage and popularity factor. But, who knows; maybe here lies the perfect Husky name for your pupper!

Let’s see what those favorite names are: 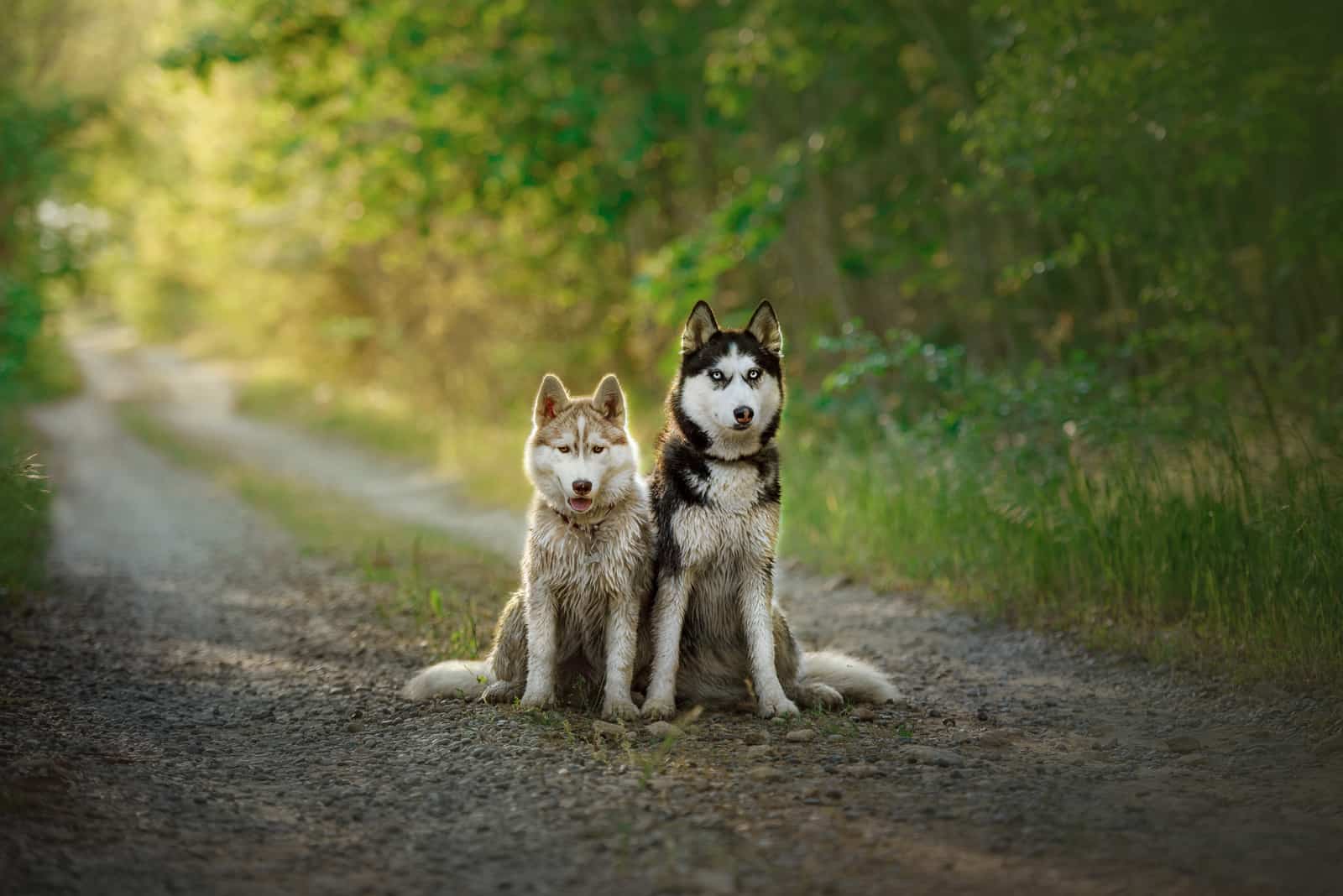 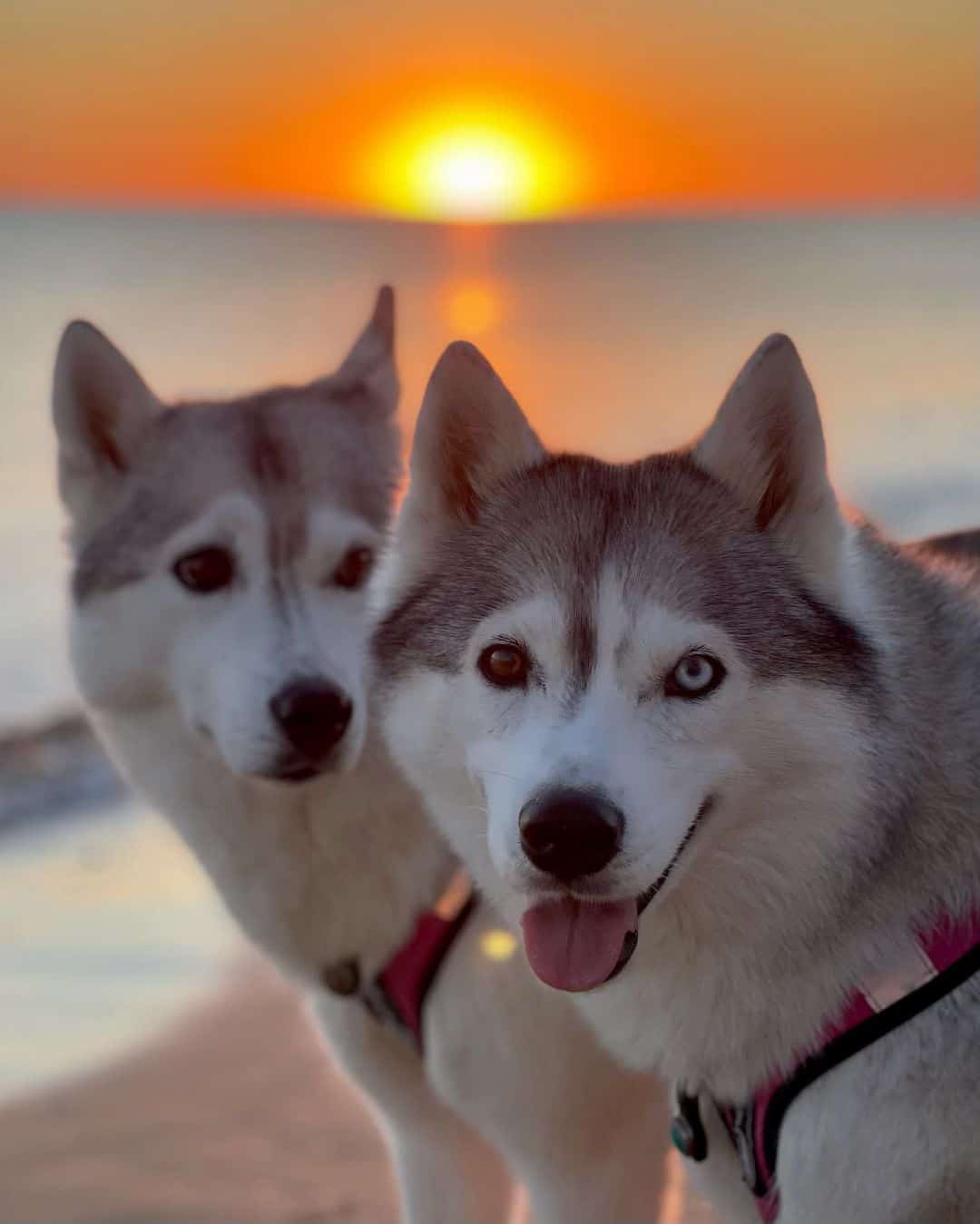 As a member of the Inuit spitz dog family (Alaskan Malamute, Siberian Husky, Canadian Inuit Dog…), the Husky can carry a traditional Inuit name. Let’s pay homage to this brave tribe and see what kind of Inuit names can be given to our lovely Huskies! 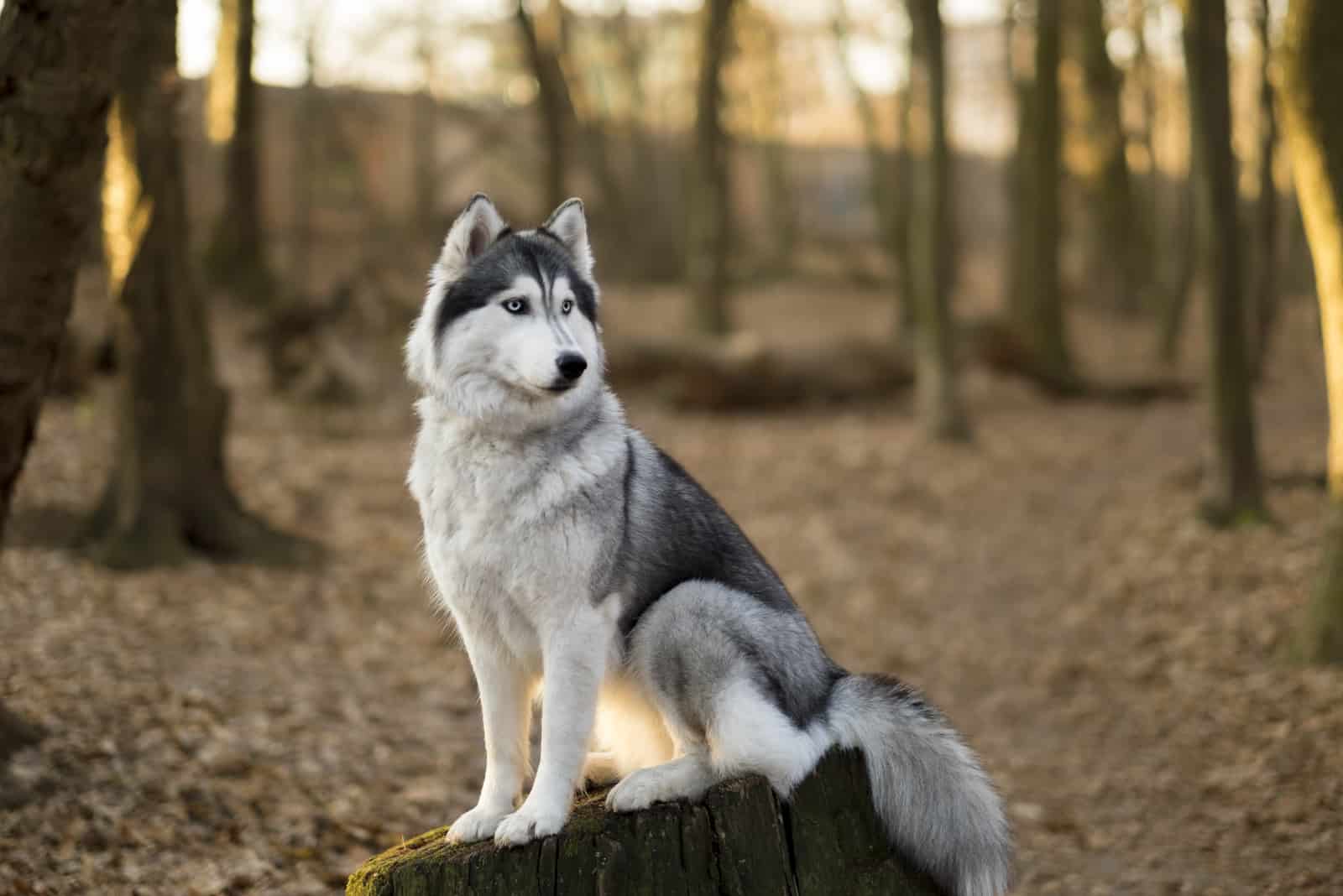 As you may already know, Siberian Huskies come from Siberia. The Chukchi people bred these dogs to help them pull sleds and protect their land from their enemies (including nature). The tribe was very dependent on Husky help. They did the unthinkable: they used to pull sleds in all conditions, always loyal to the bone.

It’s a great idea to give your Husky a native Siberian first name. It pays tribute to the dog’s heritage, even though they came to the States in the early 1900s as working dogs in Alaska.

You will find these names to be unusual. But, there’s a huge bonus to choosing a Siberian name: you’ll always get asked questions about its origin. What a conversation starter!

While there is no information on traditional Siberian Husky names, we can use some ethnic first names. What do you think of:

Husky Names Based On The Dog’s Personality 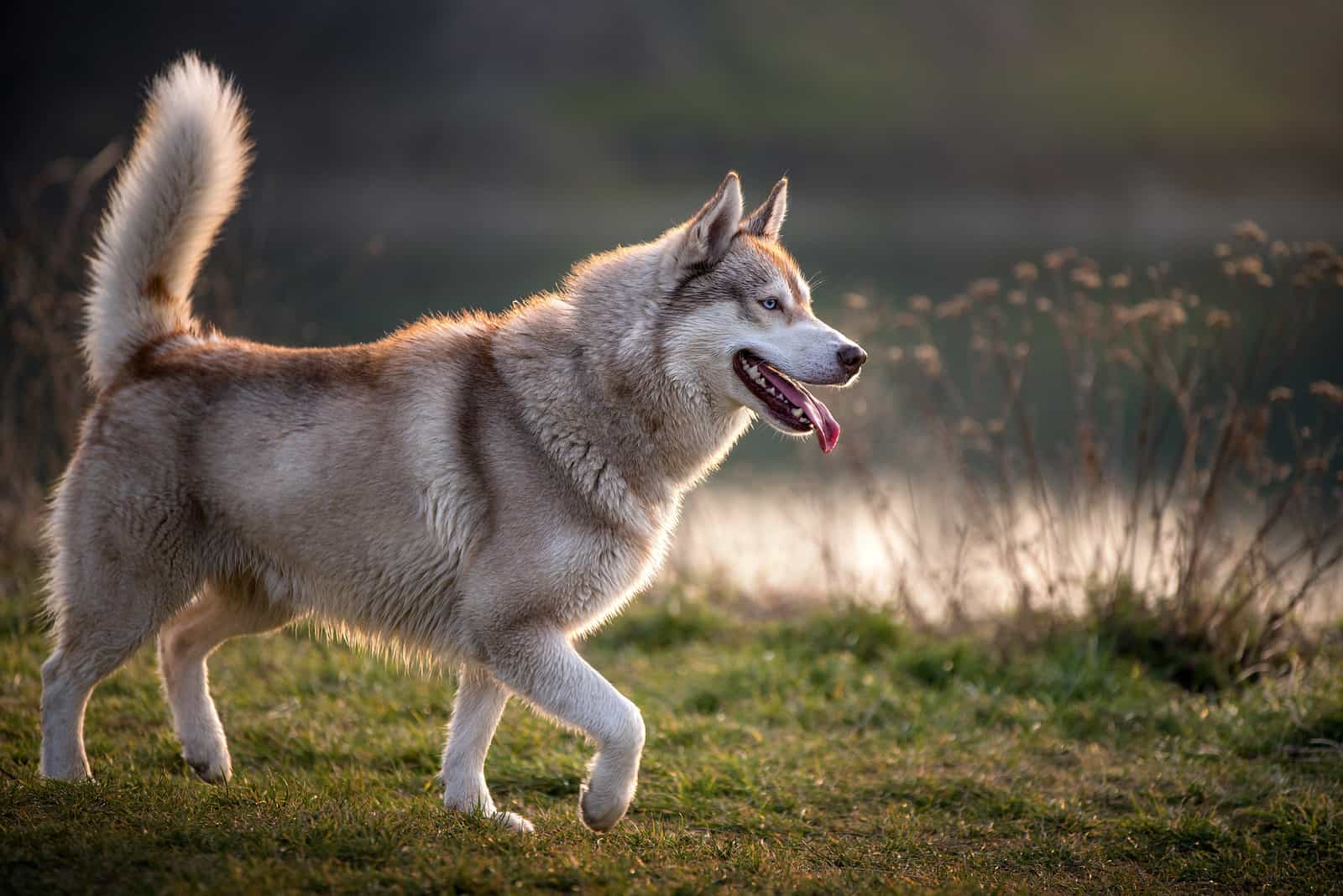 Siberian Huskies have always been smart, strong, and intelligent working dogs. But, their intelligence can make them mischievous from time to time. Still, these dogs are loyal and friendly, terrific with children thanks to their close-knit families since the olden days.

There are many name ideas that could describe the Husky’s wonderful personality. Down below, you have some of the finest descriptive Husky names. Is there a name for you Husky among them? 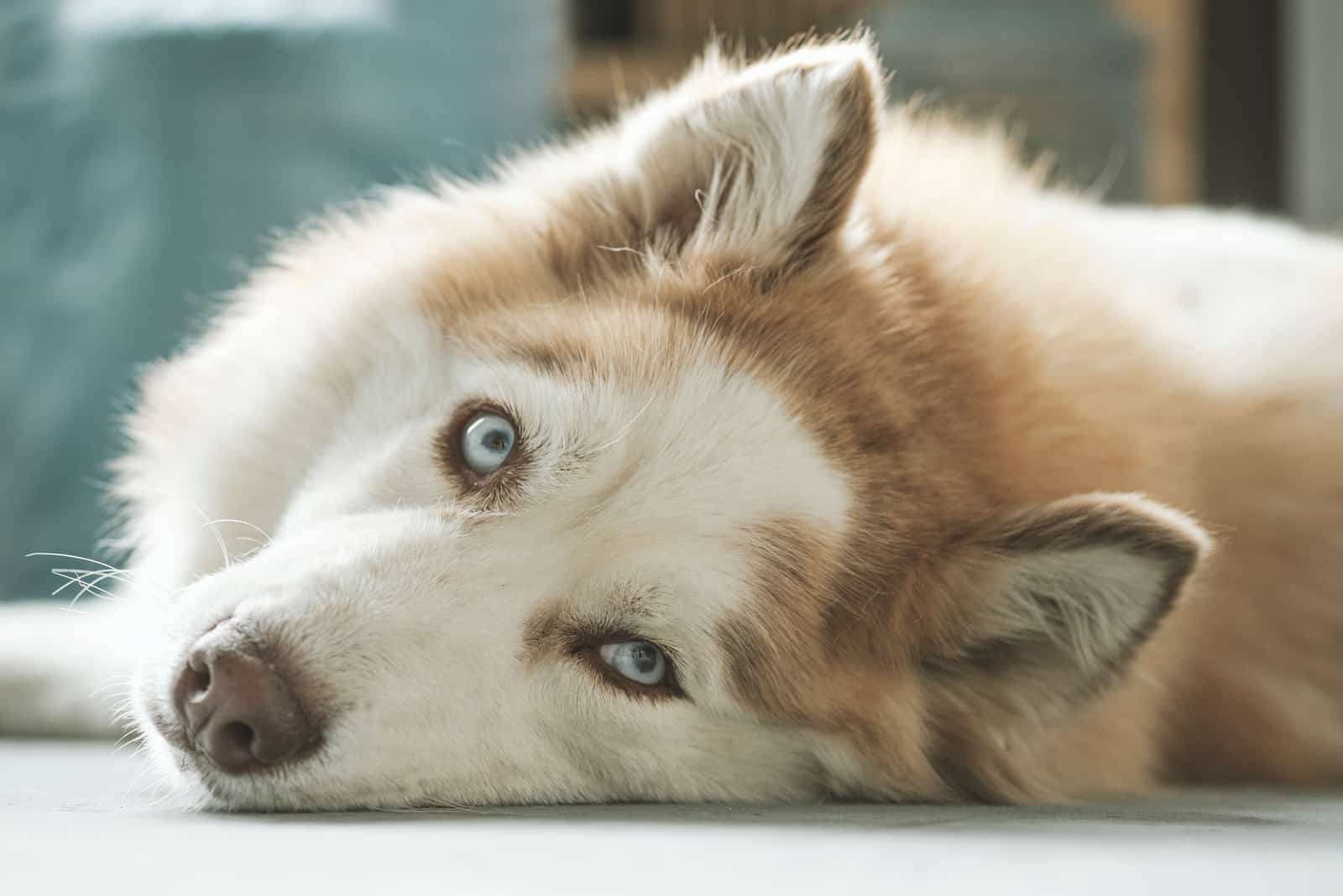 Now off to the gender names section! Here you’ll find some of the best female Husky name ideas taken from different inspirational people. From popular athletes to fictional characters, we’ve got them all. Enjoy this list of female dog names. We’re sure there’s a name for your new Husky here.

• Nymeria (One of the direwolves from GOT) 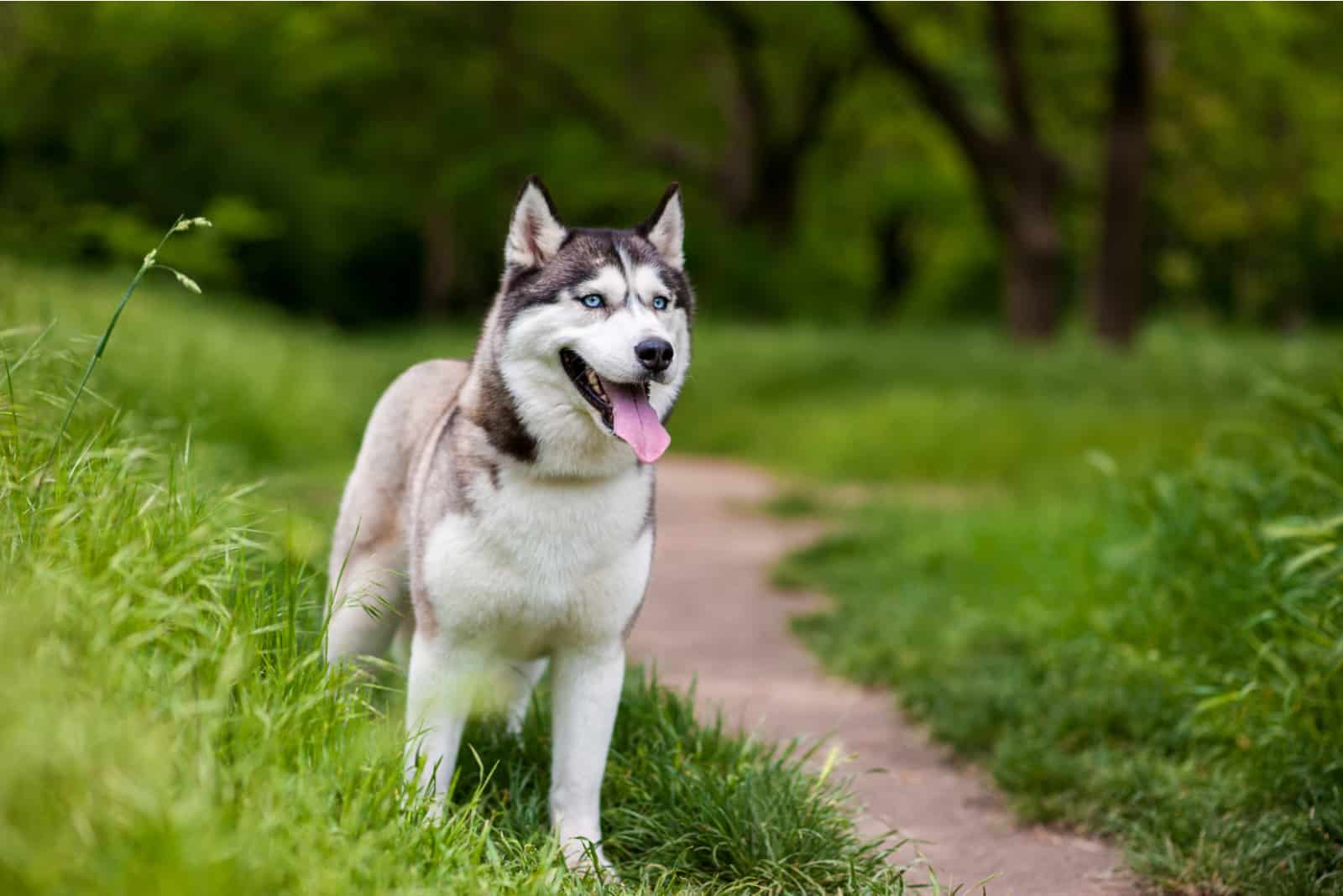 Just like female Husky names, we have a list of male Husky names. They portray energetic and intelligent people that were inspirational enough to be found on our list.

Tell us how you like these male dog names:

• Banner, The Hulk, or Wayne, Batman

• Gaston (Beauty and the Beast)

• Jack (Sparrow, Pirates of the Caribbean)

• Shaun (Shaun of the Dead) 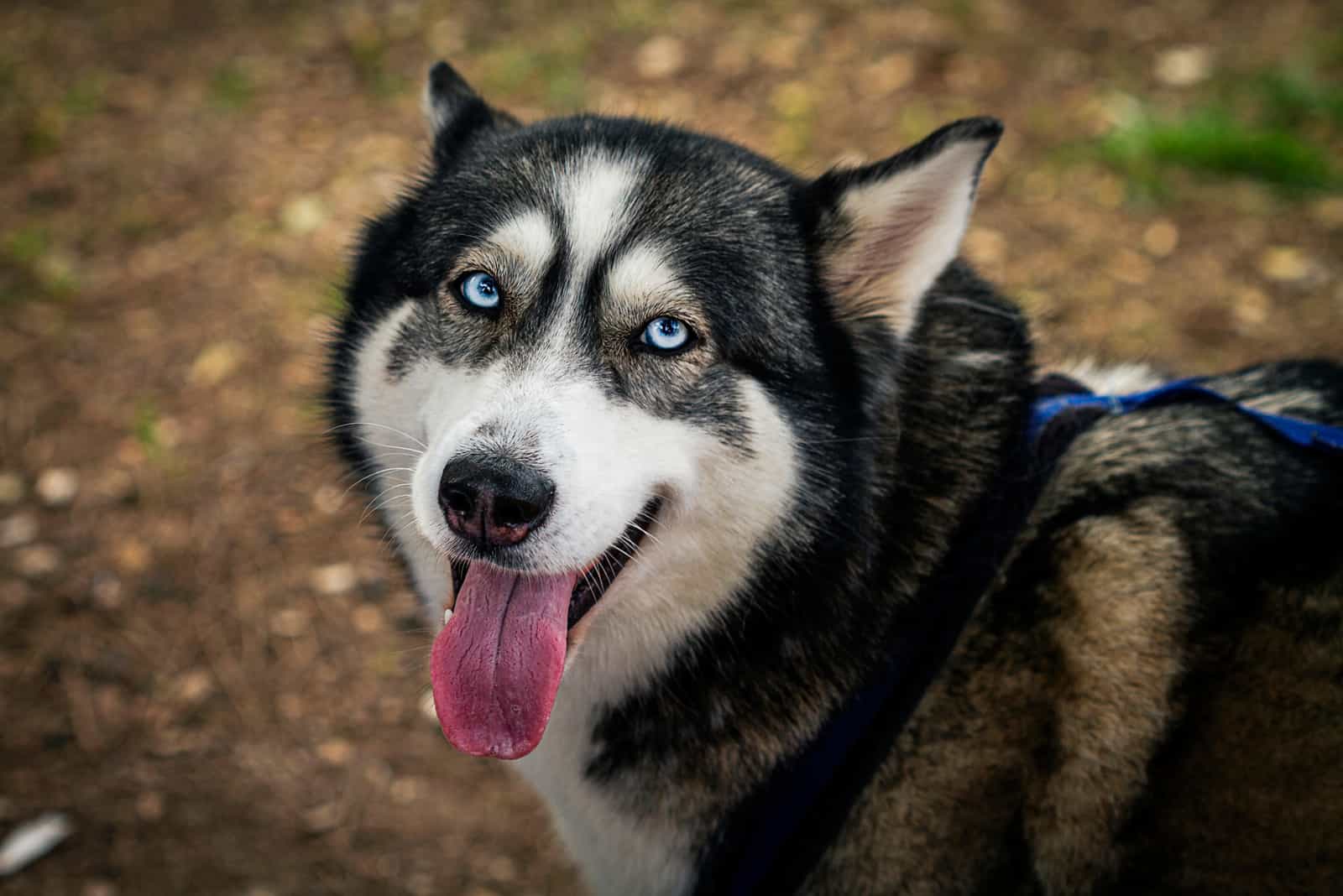 Sure, Siberian Huskies are badass working dogs. But, not everything about them is strong, bold, or energetic. They can be as sweet as the next dog. In fact, Huskies are huge cuddlers, so don’t be surprised if they snuggle next to you on the sofa. With that being said, cute Husky names are in order. 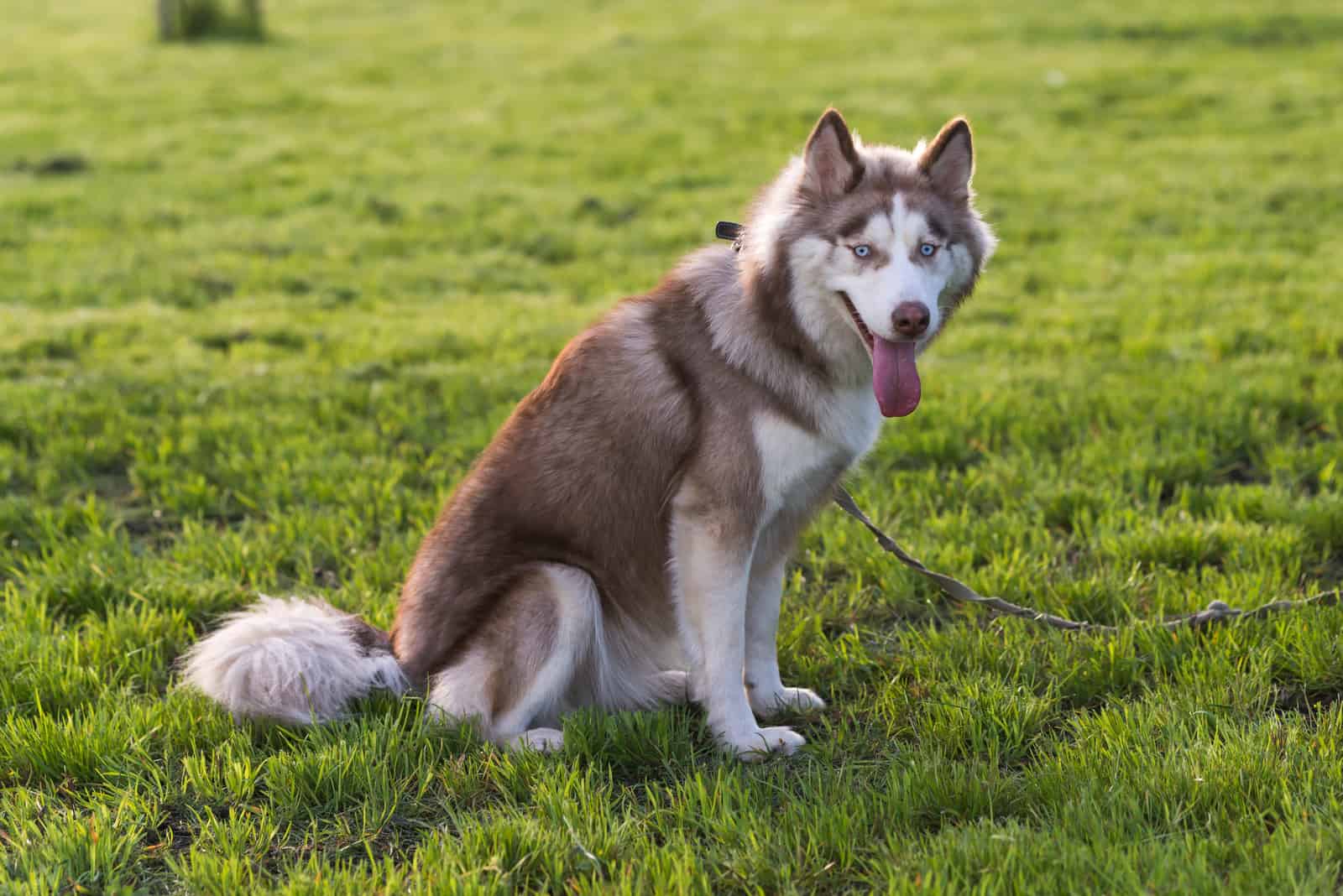 You probably follow some famous Huskies on Instagram. But did you know Huskies were famous even before social media? There were a handful of Huskies so inspirational and brave, and they deserve to have their names carried through generations.

Take a look at them. You surely recognize some of the names below.

When the town of Nome, Alaska, was suffering from a Diphtheria outbreak in the 1920s, a Husky named Balto led an expedition to deliver a serum.

If you’ve ever been to Central Park, you’ve certainly seen Balto’s statue.

Balto is an excellent Husky name, but let’s not forget about Balto’s sidekicks and half brothers that were on the mission with him – Fritz and Togo.

These brave dogs became legends and a symbol of endurance through tough times.

In 1963, a Husky named Charlie was declared the strongest dog alive for pulling a 3,142 lb sled. Since these dogs are generally quite strong, we suggest considering the name Charlie. Simple, traditional, but with a meaning.

Something good actually came out of the Cold War. His name was Mukluk.

This famous Husky was a mascot and a part of Project Iceworm in 1960. This secret project was entitled to build a network of module nuclear launch sites under Greenland, but without the knowledge of the Danish.

Luckily, the project was abandoned because of unstable conditions within the ice sheet.

But, why is Mukluk in the story?

Well, the team that went to construct a camp there brought along Mukluk as a mascot.

Mukluk became so famous that he was even made into a TY Beanie Baby toy. 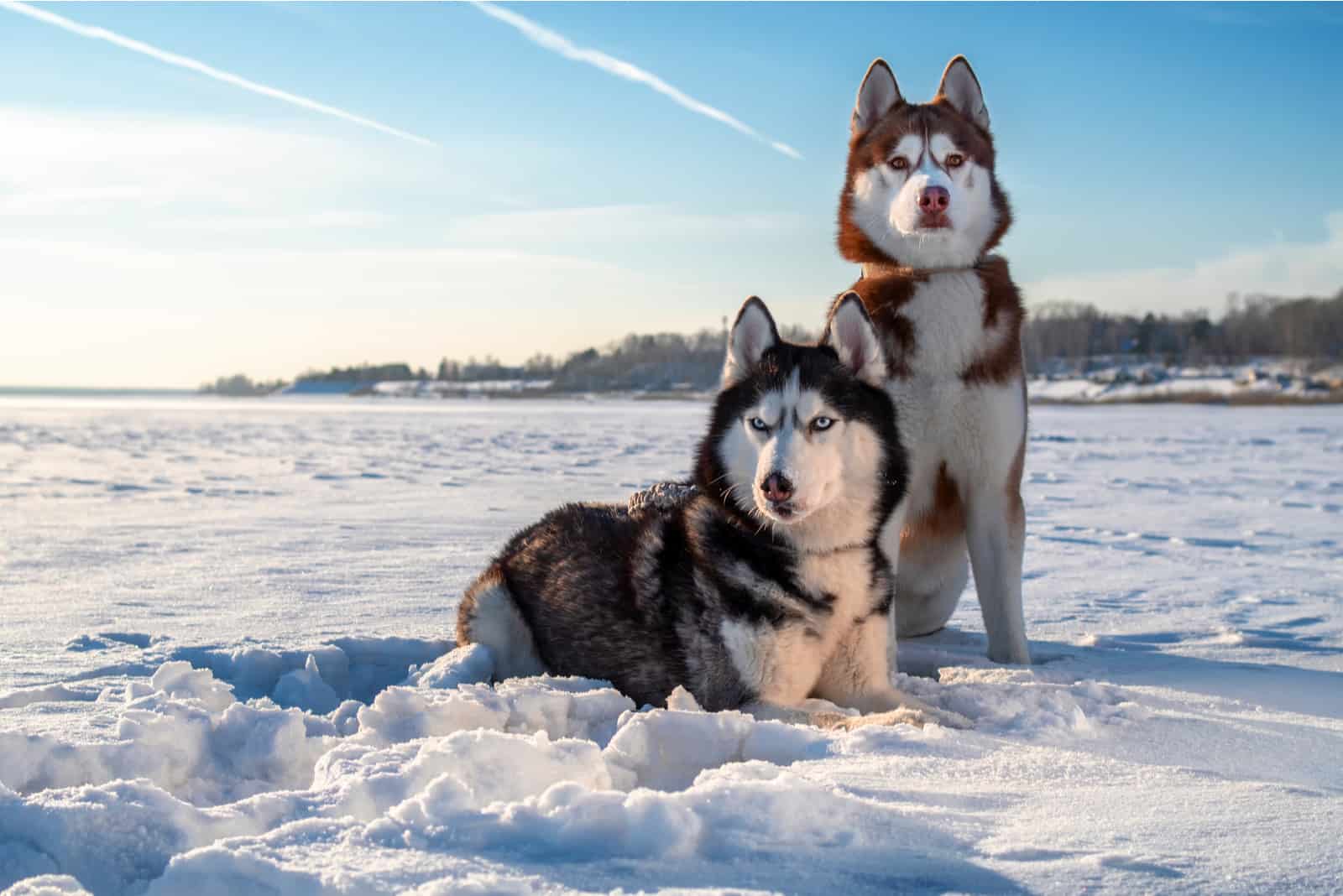 We thought an homage to their country of origin, Russia, was in order. Siberian Huskies with Russian names? Yes, please! Check out these cool Russian name ideas.

Husky Names Based On Colors

If none of these inspired you, then you may have to consider another approach. Have you thought about naming your new dog based on the color of its coat? Huskies come in a wide range of coat colors, from basics like black or white to unusual ones like agouti or copper. 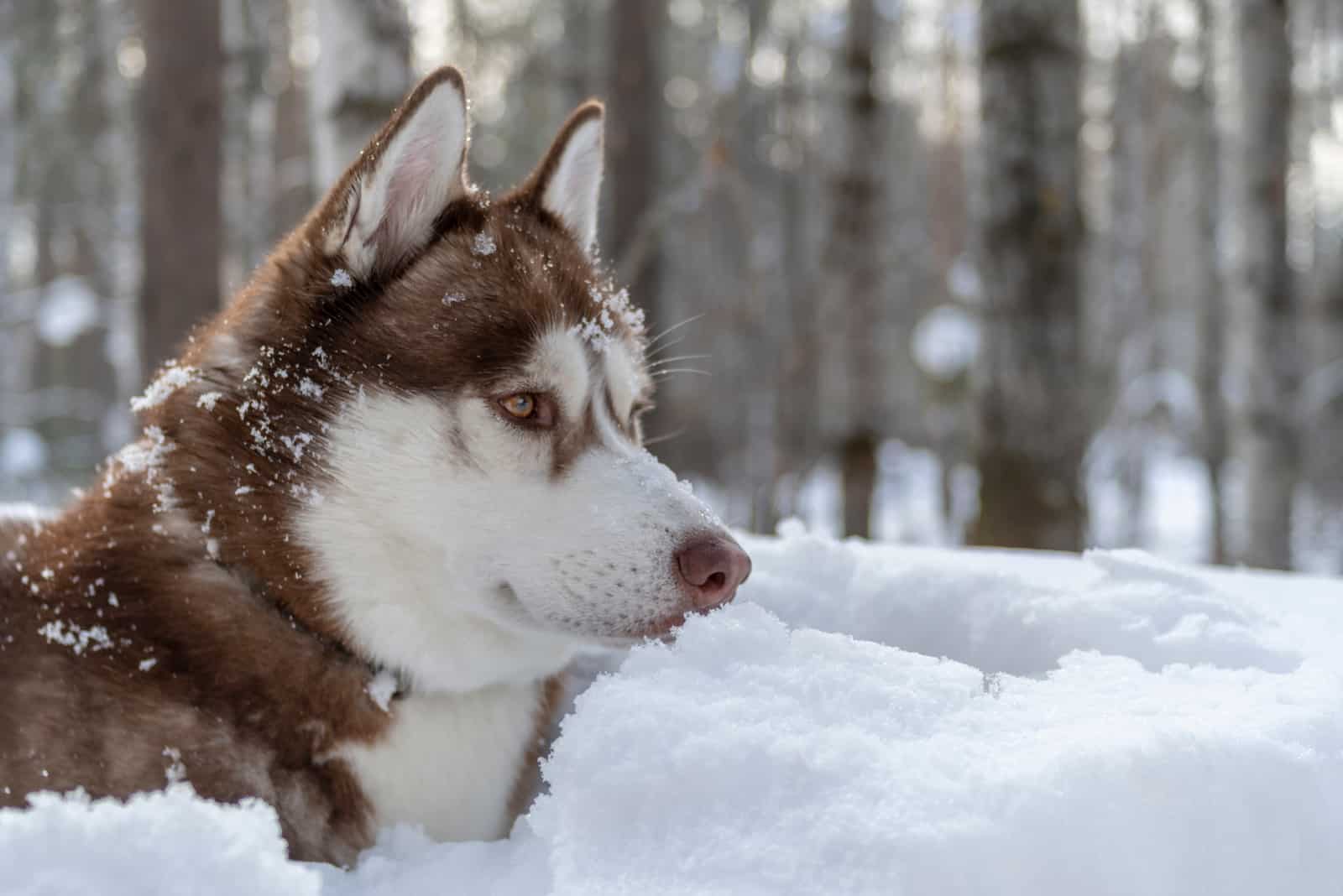 The Husky’s brown shades range from light, sandy colors to deep and rich brown shades. The following Husky names are a terrific fit for this wide range of brown colors.

Is there anything more perfect than a white Husky that looks like it came straight out of a snowy scene in Alaska or Siberia? While we have a list for white dogs, white Huskies are something else. 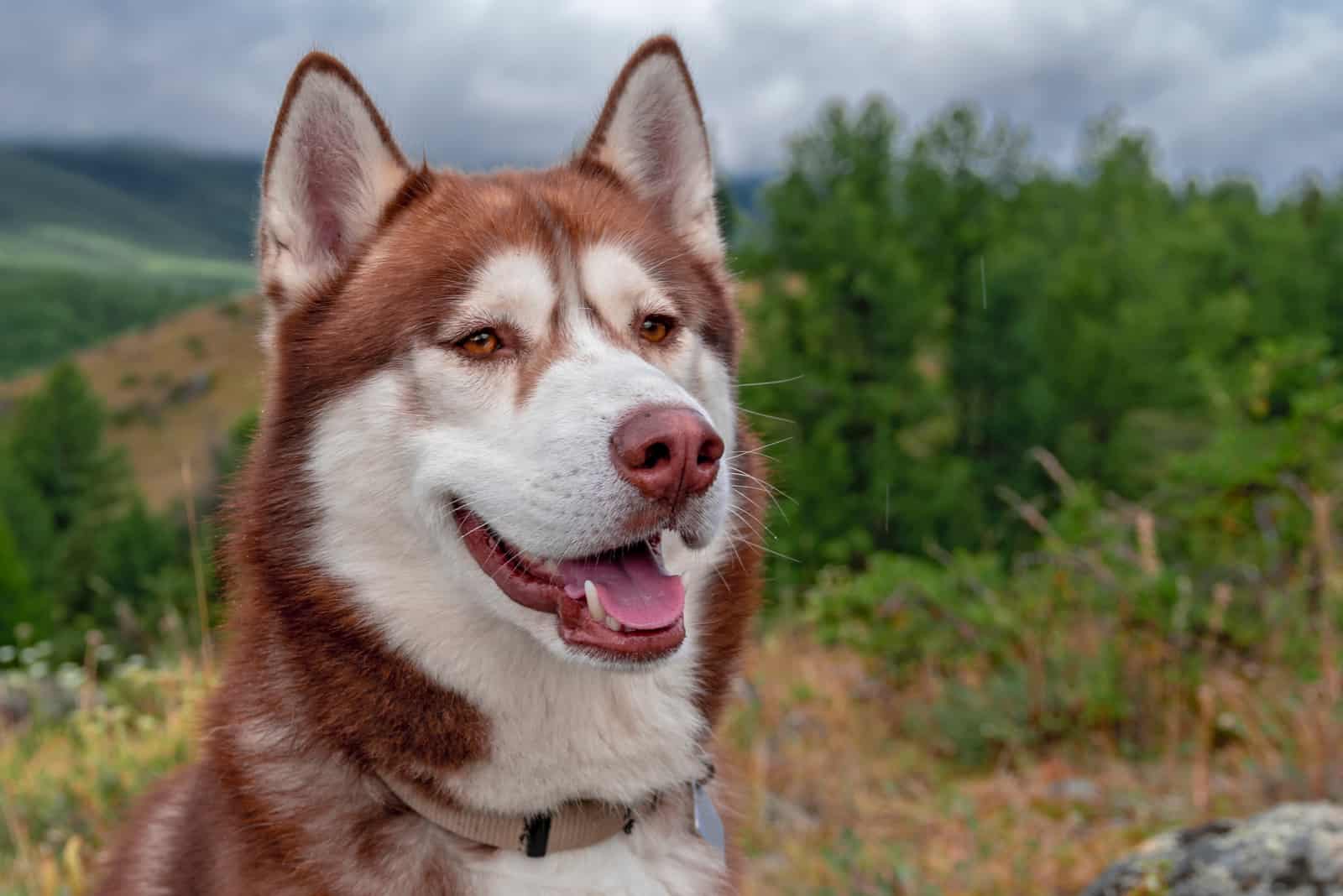 If you own a red Husky, which is quite lovely and uncommon, then you’re entitled to the following dog names:

Huskies are so beloved; even celebrities like having them as pets. Many famous people have owned or own a Husky. Did you know that Rita Ora has a Husky? Let’s see who else is on our list and what they named their Huskies! 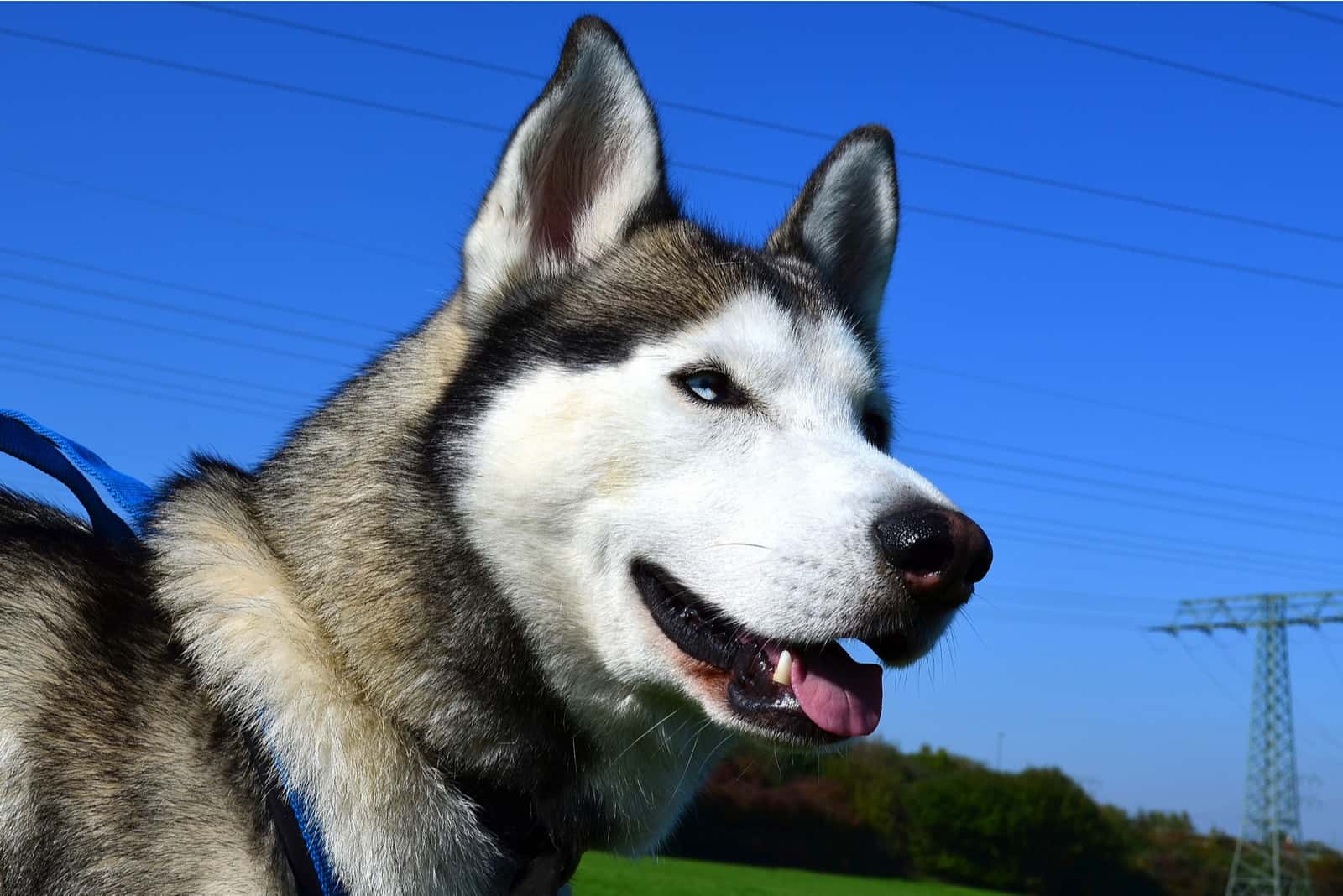 We’ve already mentioned that Huskies, even though they don’t come from tropical destinations, are still exotic dogs. In that name, here’s a list of exotic dog names a Husky could easily sport: 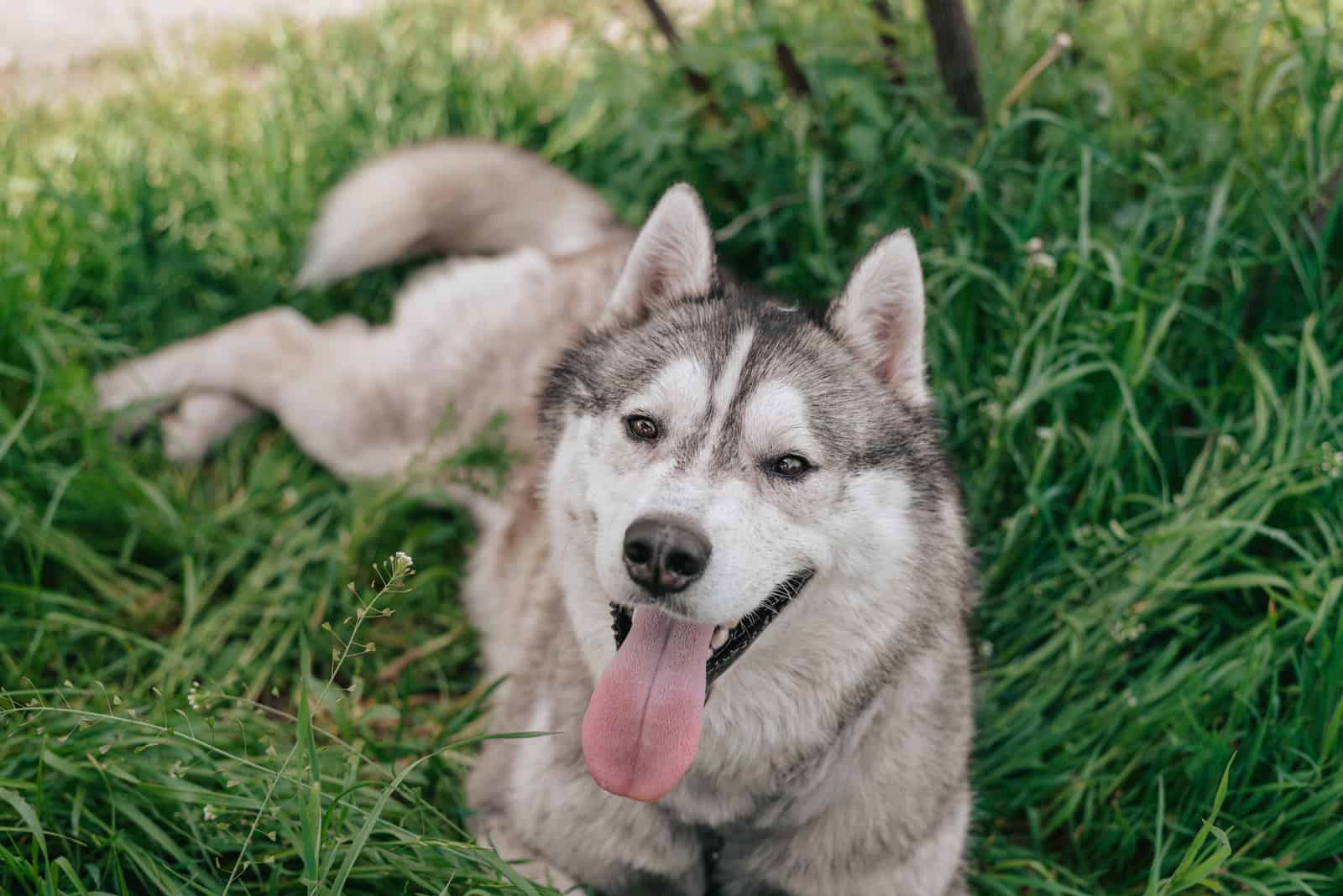 The important thing is to stay creative and check whether your chosen name suits those piercing blue eyes. Pick the best name for the best dog ever!