Just like humans, dogs love to eat, and they are big food lovers. Similar to the human diet, it is important that dog food is varied and rich in essential vitamins for optimal canine health.

Pet owners want their dogs to eat healthy and tasty food, but sometimes they cannot resist giving them spicy food, even when they are almost positive that they shouldn’t. Their intentions are good, but is it safe for dogs to eat spices?

One of the most common spices is paprika. Because of its taste and richness in antioxidants and phytonutrients, paprika is very popular in the human diet.  However, a dog’s body does not function in the same way, and no matter how tasty and generally healthy some food is, it can harm them.

Even though paprika is rich in vitamins, which are important for the dog’s immune system and fight against free radicals, is paprika necessarily a wise choice?

Contents show
1 Really, can dogs eat paprika?
2 How can paprika harm your dog?
2.1 1. Nasal irritation
2.2 2. Heat sensation
2.3 3. Indigestion
3 If paprika is so healthy – how come dogs shouldn’t eat it?
4 Can dogs eat bell peppers?
5 What should you do if your dog accidentally eats a lot of paprika?
6 Safe spices that dogs can consume
6.1 Parsley
6.2 Basil
6.3 Turmeric
7 Finally, is it yea or nay on the paprika? The shortest answer to this question is YES! But it’s not that simple. Generally speaking, dogs can eat paprika, but dog owners must be very careful. Keep in mind that a dog’s digestive system is not like a human’s and differs depending on the breed of dog.

Some dogs may have allergies to certain types of food, so it should be avoided regardless of its nutritional value.

Occasional small amounts of paprika will not harm your dog. However, it is not particularly useful, at least not so much that it is a must-have in your dog’s food.

Paprika is actually a mix of spices made up of different types of peppers such as chili peppers, red pepper, cayenne pepper, and Aleppo pepper. It is a hot spice, and its smell and taste depend on the type of pepper that dominates the mixture.

How can paprika harm your dog? Although, in principle, it is not overly harmful in small quantities and will not cause much harm, peppers can still create unnecessary problems such as indigestion.

We have singled out the most common issues for you:

Paprika belongs to the so-called hot spices, which means it is often quite spicy, and that is not at all pleasing to any dog.

Since it is a powder made up of a dusty structure, dogs can inhale it, which could cause eye and nose infections or introduce further complications.

This usually happens because paprika contains the active component capsaicin, which is responsible for its spiciness. Capsaicin creates a burning sensation on the skin and is especially dangerous to the mucous membranes in the mouth, nose, and eyes.

The more capsicum there is, the hotter it is. Keeping this in mind, be sure not to give paprika to your puppy, and ensure that your dog doesn’t accidentally eat or inhale it. The consequences will be serious.

Dog owners often think their pets can eat hot paprika in small quantities and that occasional consumption won’t harm them. However, the canine organism is more sensitive than a human’s and feels the heat sensation much more strongly.

Depending on the amount of capsaicin, some dogs can react quite severely by coughing, drooling, or even foaming at the mouth. Their eyes might start watering, or some pups may even begin pawing at their faces to get rid of the pain. Some dogs may also gag or dry heave.

Excessive consumption of peppers can harm both humans and dogs. Precisely because of the potential gastrointestinal problems, it is debatable whether or not dogs can eat paprika.

This spice can cause severe pain, an upset stomach,  nausea and diarrhea, and constant thirst, which leads to vomiting and dehydration.

Also, peppers contain the ingredient solanine – which is poisonous to dogs.

If a dog eats large amounts of peppers, depending on the breed and quantity, it can develop various nervous system problems, breathing problems, and according to some studies – it can be a trigger for the development of arthritis.

If paprika is so healthy – how come dogs shouldn’t eat it? 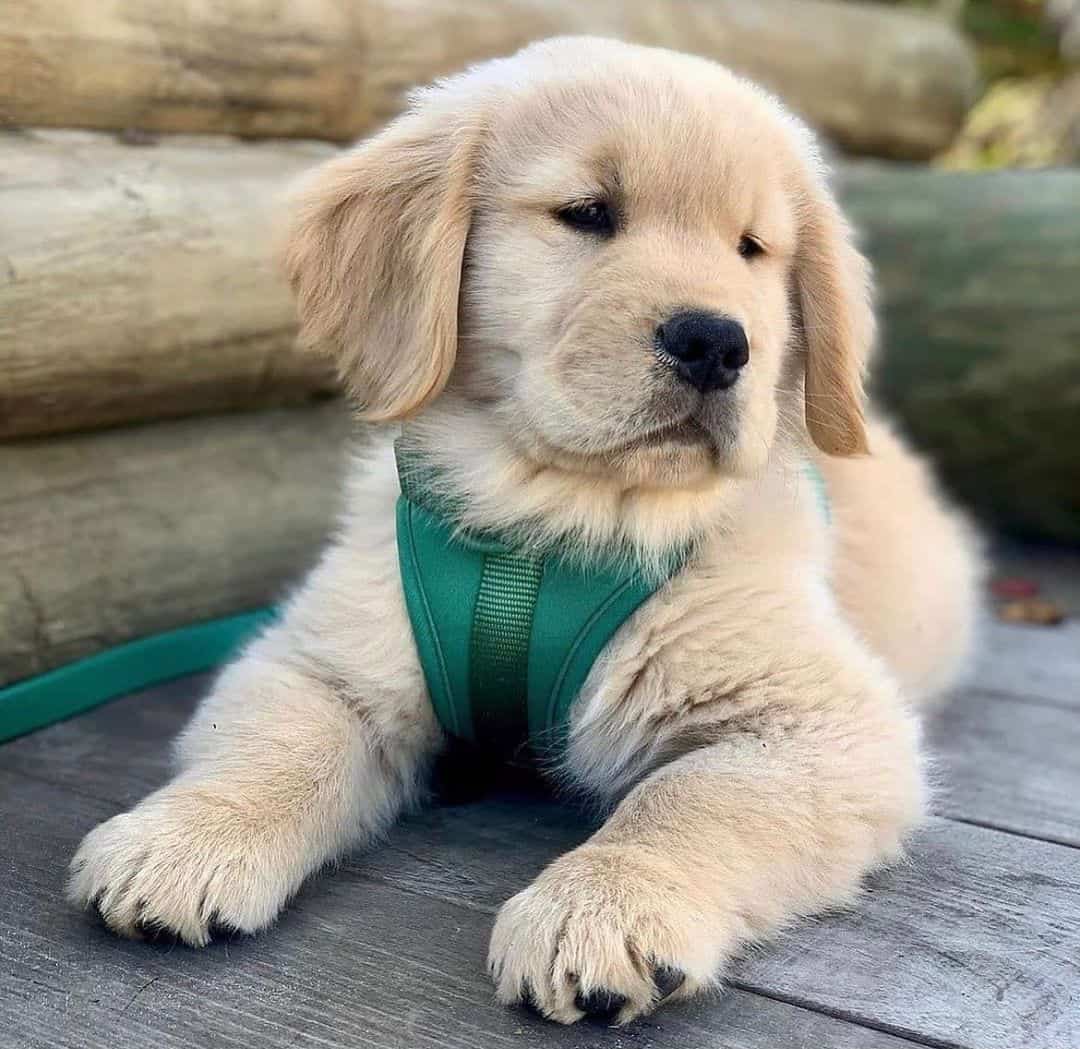 Paprika is undoubtedly one of the healthiest foods in the world. It is very popular in gastronomy and extremely rich in phytonutrients and vitamins A and E, necessary for fighting against free radicals and various types of diseases.

By consuming it regularly, you will improve your immune system and contribute to your general health. Capsaicin is especially important – an ingredient that contributes to reducing pain and inflammation.

Why shouldn’t dogs eat paprika then? Although vitamin A and vitamin E are necessary for dogs, as well as delicious food, our pets can get them from other foods.

Paprika will not poison or kill your pet – but it will definitely cause him some inconvenience.

A dog’s gastrointestinal system is not genetically intended for spices. Their primary food during evolution was meat that they ate raw, like freshly caught prey.

Although there is chocolate for dogs today, that does not mean that dogs can eat everything humans can.

Spices like paprika will probably cause more discomfort than they will contribute to a dog’s health.

Mucosal irritations, abdominal pain, vomiting, and other potential problems lead to the conclusion that it is better not to give paprika to your dog. Although paprika (which is not recommended for dogs)  is made from peppers, you can give bell pepper to your pet without fear.

They will not poison or harm your pet, except in case of allergies or certain health problems.

Peppers are rich in vitamins A, C, E, and B6 and contain beta-carotene. All bell peppers are good and healthy, but red ones stand out as a real vitamin bomb.

It is also important to pay attention to how often you give these peppers to your dog and gradually introduce them into your dog’s diet.

The amount you give them depends on the weight and breed of the dog. Too much bell pepper can cause diarrhea and other digestive problems. To make sure your dog doesn’t get sick on the first try, introduce peppers to his diet very slowly.

We recommend testing a small amount to make sure it does not disturb your dog’s gastrointestinal tract. If you continue too fast, your dog will probably have gas problems.

If you test slowly and gradually, this will ensure that you do not need an urgent trip to the vet due to gastrointestinal issues.

What should you do if your dog accidentally eats a lot of paprika? As we have already said, paprika is not poisonous to dogs, but it can cause him great discomfort and pain. To help your pet without a visit to the veterinarian, you can do the following:

In case of heat sensation – give your dog a sufficient amount of water or milk, and wash him with clean water. Pay special attention to the dog’s eyes and paws.

If he doesn’t develop more serious problems in the next few hours, such as an upset stomach, diarrhea, and vomiting, then everything is fine.

Otherwise, it is best to consult your veterinarian and, in the future, keep paprika on the top shelf – just in case!

Safe spices that dogs can consume Before you include anything new to your pet’s diet, our advice is to consult a veterinarian. As already mentioned, a dog’s diet can vary depending on its size, health, and breed.

However, when it comes to the following herbs and spices, have no fear. All of these herbs and spices mentioned below are more than safe to include in your dog’s diet without the fear of harming your pooch:

Parsley is very rich in vitamins and fiber and is also mild on the stomach. It helps vital organs to function properly and is good for moderate detoxification.

It has a calming effect on both humans and dogs and is also a powerful antioxidant.  Basil also has a healing quality; it relieves pain, especially with arthritis, and helps with inflammation.

It is excellent in preventing heart problems and a devoted ally in the fight against excess weight. Regular consumption of this everyday spice will reduce the risk of anemia and various forms of cancer.

Finally, is it yea or nay on the paprika? It is clear that a small amount of paprika will not harm your dog, but also, it will not have any particular health benefits. Large quantities are out of the question.

It is best to avoid paprika, as it can have many side effects and cause unnecessary complications that can develop into more serious problems over time.

No responsible pet owner will ever expose their dog to potential irritations and inflammations for negligible health benefits. It’s just not worth it.

If you insist that your dog’s diet be fortified with herbs and spices, pay attention to the ones we’ve listed as safe. They will undoubtedly make your dog happy. In the end, that is all you want.

[…] feed them anything. Did you know that some human food like poppy seeds, hummus, wasabi, peppers or paprika may actually harm your […]

[…] Also, it is soy, wheat, and corn free and does not contain any preservatives or artificial flavors. Besides children, these dog treats contain natural flavors, ground rice, vegetable glycerin, and paprika. Learn more on can dogs eat paprika. […]

[…] pepper should also be avoided in Shih Tzu’s diet. If you’re wondering if your Shih Tzu dog should eat paprika, in fresh or dried form — no, it should […]