Whether we’re enjoying the game or a favorite TV show, relaxing with a good book, or lounging in the garden on a lazy summer day, we love to grab a snack of some kind.

It fills a gap, satisfies us with its flavors, and brings a sense of comfort. It makes us feel good.

Sometimes, the snack is salty, sometimes sweet, but whatever you choose, you can be sure that your furry friend will be eyeing each mouthful, waiting for a crumb to drop or a morsel to be tossed their way.

You may have thrown them the odd cheez-it, a snack that is popular throughout the U.S., but is it safe to do so? Or, are cheese crackers bad for their health?

Contents show
1 Take A Look Inside
2 What About Dips Or Fillers?
3 To Sum It All Up

Take A Look Inside Be honest, how often do you examine the ingredients on the packet? Human foods are, in general, highly processed, and even when we do look at the ingredients, in all probability, we don’t recognize half of the names or understand the impact on our health!

Let’s look at the ingredients in cheez-its.

It doesn’t look too bad, does it? But, let’s break it down further.

Enriched flour is wheat flour that has had some of the goodness put back in, as the refining process removes nearly all of the nutrients.

Even so, the added nutrients in the end product are in such tiny amounts as to be almost zero, and it still isn’t as healthy as whole wheat (whole grain) flour.

Vegetable oils are generally considered to be bad for dogs. These are mostly ‘low grade’ oils that are highly processed.

If these form a regular part of your dog’s diet, they can cause obesity and pancreatitis, a serious and painful condition that can shorten their lives.

Did you spot TBHQ, which is added for freshness? Any guesses as to what this mystery ingredient is?

Tertiary Butylhydroquinone acts as an antioxidant, preserving color and flavor, and giving the product a longer shelf life.

While this might sound like a good thing, TBHQ is a petroleum derivative (taken from crude oil) and has been linked to pre-cancerous tumors in laboratory animals.

A single gram of this substance can cause nausea and dizziness, and it has been known to make people delirious. Five grams or more can be fatal.

To be clear, despite the alleged risks, the FDA has approved TBHQ for food use, but it must form less than 0.02% of the oil content.

Hundreds of food manufacturers use this and other preservatives in their products and have done so for years.

Cheese is another ingredient that we need to be cautious about when thinking about our dog’s health.

Once dogs are weaned, they mostly lose the ability to produce lactase, an enzyme that breaks down lactose to make it digestible.

Although some dogs can cope with dairy products in small amounts, all dogs are technically lactose intolerant, and can get sick from eating it. 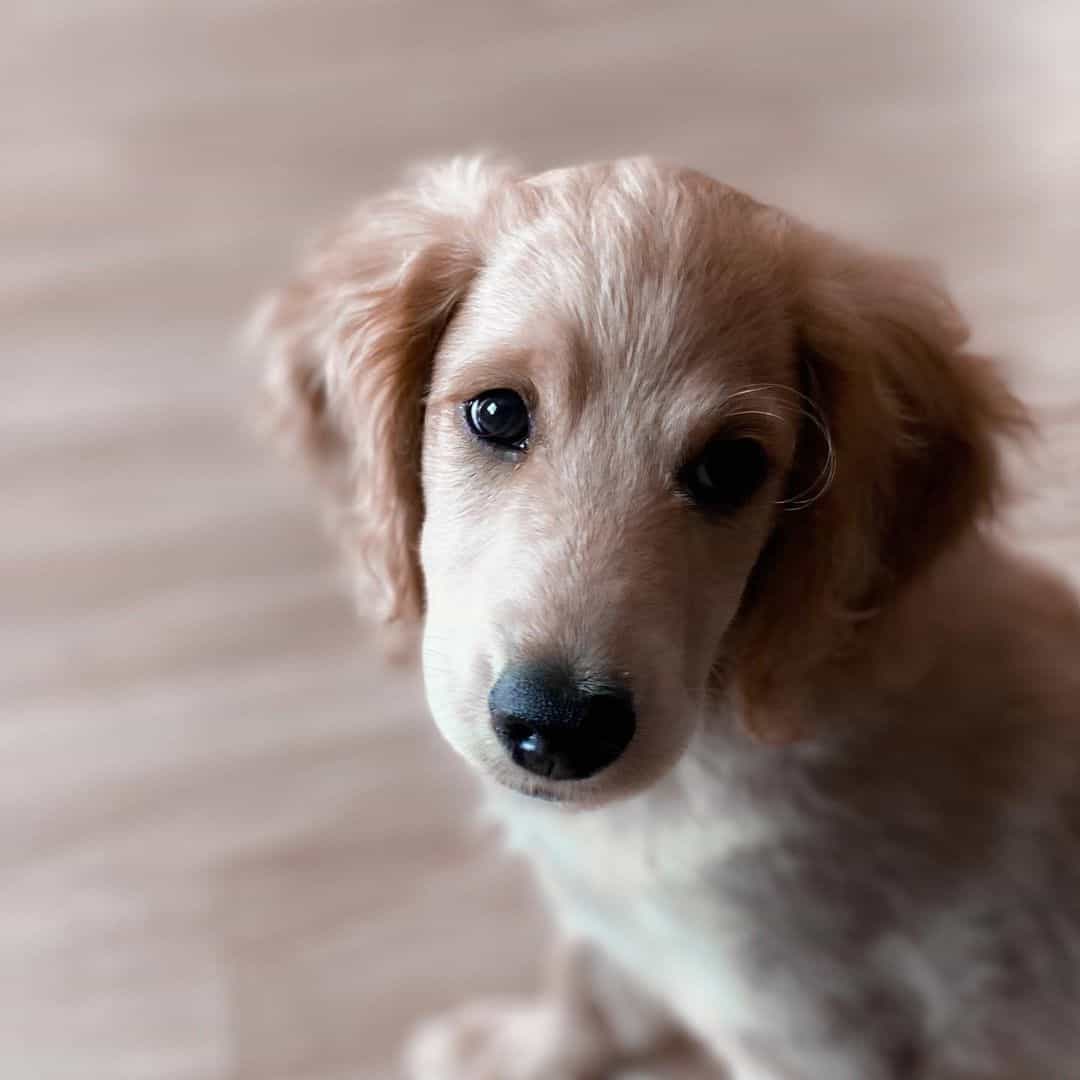 Annatto extract is a vegetable dye, which has been known to cause seizures in some dogs.

Yeast can cause bloating (leading to a fatal bowel blockage and dangerous levels of ethanol in the blood), but this is connected more to the consumption of live yeast in bread dough.

It’s unlikely that the small amount of yeast in Cheez-Its would have any serious effects.

As for the rest of the ingredients, they are considered safe, with the exception of salt. We consume far too much of this condiment than is healthy, and we live with the consequences.

Dogs, however, are far more susceptible to the negative effects of excess salt in their diet, and can easily suffer from sodium poisoning.

Surprisingly, a dog’s digestive system is pretty delicate. It doesn’t take too much of something to tip them over the edge.

For the most part, if they consume too much salt, they can drink more water and all will be well. However, if they don’t have fresh water on hand or if they have eaten a lot of salt (or salty snacks), then they could be in real trouble.

To balance out the excess salt, their bodies will use water within the cells (starting in the brain), which destroys the cells and leads to dehydration, dizziness, and seizures.

The muscles become stiff and the dog may start to shake. They will have difficulty breathing and may start to convulse, after which they could fall into a coma from which they might not awaken.

While this might all sound scary, before you toss those Cheez-Its in the bin, let’s gain some perspective!

Most store-bought snacks are highly-processed products that are considered to be ‘junk-food’. The health risks connected with these foods only really apply when they are consumed in excessive amounts.

Remember, though, we can choose to eat these or not. However, our precious pets rely on us to provide them with a healthy, balanced diet.

What About Dips Or Fillers? When a cheese cracker isn’t enough on its own, we love to experiment by combining various comfort foods to make a mouth-watering ‘hybrid’ snack.

We’ve looked at the crackers themselves, but it’s essential that we understand the potential dangers that other human foods might pose to our furry companions.

One of the more popular inventions using these cheesy treats involves making a sandwich with peanut butter as a filler, sometimes coated in chocolate.

As most dog-owners know by now, it is never a good idea to feed chocolate to dogs. You may have been lucky in the past, but even a small amount of chocolate can cause an upset stomach.

The real danger lies in theobromine, a toxin similar to caffeine, which can kill dogs if consumed in large enough quantities.

A mild case of chocolate poisoning can last up to three days, but the darker the chocolate (and the larger the amount eaten), the more severe the symptoms are.

Peanut butter, in small amounts, is fine, but watch out for brands with high salt content or artificial sweeteners. Some manufacturers use xylitol, which is extremely toxic to dogs and can be deadly.

You might want to get hold of something like ‘peamutt’ butter, which is specially formulated for dogs!

Tomato-based dips are a big favorite in the form of salsas. These are unsuitable for dogs for many reasons, including the fact that many contain hot chilis.

Tomatoes themselves are considered safe as long as they are ripe. Green unripe tomatoes contain tomatine and solanine, both of which can be life-threatening to dogs.

Some dips contain garlic and/or onion, neither of which a dog should consume.

Although certain sources state that fresh garlic is perfectly safe in very small amounts, it can cause gastrointestinal problems. Onions, on the other hand, cause serious harm, especially if consumed over a long period.

Avoid anything with macadamia nuts! These are seriously bad for dogs and will make them sick. Nobody is sure why this is the case, but macadamia nut poisoning can cause temporary paralysis, leaving your dog unable to walk.

Ranch dressing is clearly out as it is dairy-based, the dangers of which we covered earlier.

Any website that encourages you to feed your dog cheese (especially by mixing several different types) really hasn’t done their homework — it isn’t worth the risk.

This includes yogurt as a dip. While this may surprise you, as many websites (including those belonging to pet food companies!) promote yogurt as a good source of probiotics, the major problem is that most store-bought yogurts have been pasteurized.

Pasteurization has been used since 1862 as a means of making dairy products safe for humans.

The trouble is that recent research has found that the process is flawed, resulting in products that actually put our immune system under more stress.

This is due to the beneficial bacteria being destroyed by the process while the bad bacteria survives!

Your dog will not only suffer from the lactose content, but there’s also a chance that they will have diarrhea, stomach cramps, flatulence, and nausea due to the bad bacteria.

So, what kind of dip, you might ask, is safe for our faithful furry pals? To be honest, not many!

A simply-made sweet potato dip, which is made without salt or spices, might do the trick.

To Sum It All Up After reading all this doom and gloom, it might seem that we’re out to rob your dog of the opportunity to enjoy some of the delicious things we like to eat. We all know just how much our furry friends love to share our food!

The idea is to present the full facts here in order to help you make an informed decision. With so much contradictory information floating about the internet, it can be difficult to find the right answers.

So, let’s sum up what we have discovered and round it off with a positive, helpful conclusion.

Cheez-Its are a tasty snack, but it has almost zero nutritional value. Most of the ingredients make it unsuitable for dogs, and many of the fillers or dips can cause your perfect pooch to become seriously sick.

Too much salt can cause sodium poisoning, too much fat can result in pancreatitis or even kidney failure, and an excess of sugar and carbs can lead to weight gain and obesity, which carry their own set of health issues.

When all’s said and done, there can be no substitute for good quality dog food, such as kibble or canned food. These contain all the nutrients your dog needs to stay healthy.

Unhealthy ‘human’ snacks could be replaced with dog treats that are specially designed for our canine friends.

Even so, there might be the odd occasion where those pleading eyes are just too much to bear and you relent. Once in a while, a couple of cheesy snacks on their own shouldn’t do any harm, though it should never become a habit!

So, can dogs eat Cheez-Its? Well, the facts suggest that you shouldn’t feed it to them, but as long as it doesn’t become a regular thing and they are otherwise eating a healthy diet, then treating them to one or two Cheez-Its once in a while will keep that tail wagging. Corgi Dachshund Mix: Fall In Love With The Dorgi

Newfypoo: The Most Adorable Giant You'll Ever Meet

[…] because you enjoy eating your crisps, the Shih Tzu should not eat Doritos, Takis, Cheez, or any other similar […]