Cora’s an adorable senior Corgi rescued from her previous life several years ago, just a few months before her eighth birthday. During her lifetime, Cora gave birth to many litters. Her final one produced only one healthy puppy. 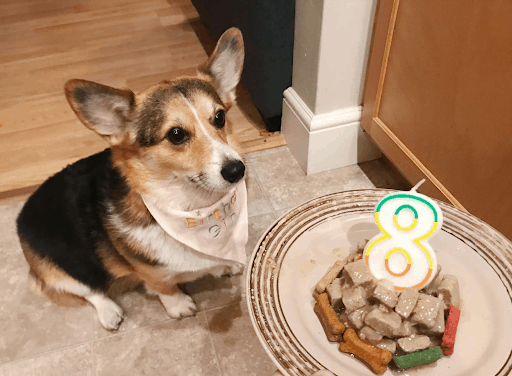 Cora was done with giving birth. She was exhausted. The poor dog had so many health issues and never truly knew what it was to be loved – until she met Madison.

Madison Palm took Cora into her foster home and never planned to adopt her. But, it didn’t take long for Madison to realize she’d never be able to let Cora go. Despite her tough life, Cora’s still a happy dog that shares love everywhere she goes.

With such a great nature, this calm and friendly dog was about to become a therapy dog. 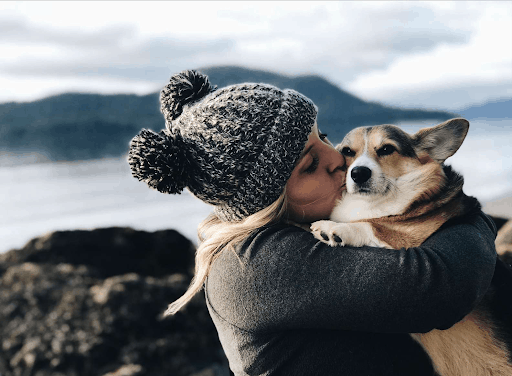 “Cora’s personality is so amazing; she is a lover,” Palm told The Dodo. “She is always right next to me and always keeps a close eye if she’s not. If I’m not available, she’ll pick the next closest lap to sit on and nudges your hand unless you are petting her at all times. She is SO sweet, and that is usually the first thing people say about her. Her gentle and kind nature never goes unnoticed.”

Cora has no problem walking up to strangers and saying hello. She probably wouldn’t mind being stuck at an airport, right? 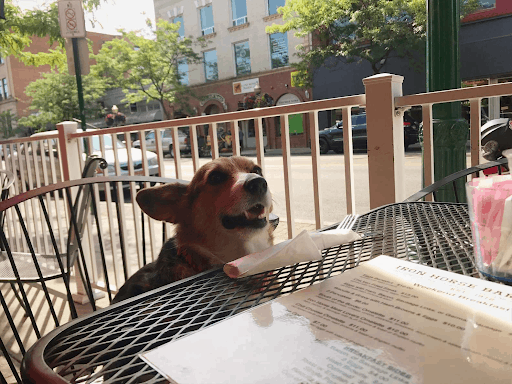 Right. Recently, Cora and her mom went traveling. There were lots of new people, and Cora was crazy excited. But, there was someone who wasn’t as excited as Cora. There was a man, feeling sad and looking miserable. 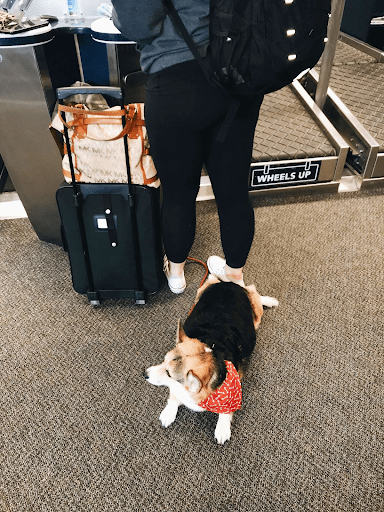 “Cora just kind of walked around our little seating area and said hi to everyone who was walking by and sitting near us,” Palm said. “She was taking a snooze, so I let go of her leash briefly while I relaxed and had a snack; that is when she woke up and snuck over to him. Before I could even call her, she was already at his feet being loved on.”

Madison’s alarm bells went off, worrying that Cora would bother the fellow passenger. But, she was put at ease when he said the opposite of what Madison was thinking. 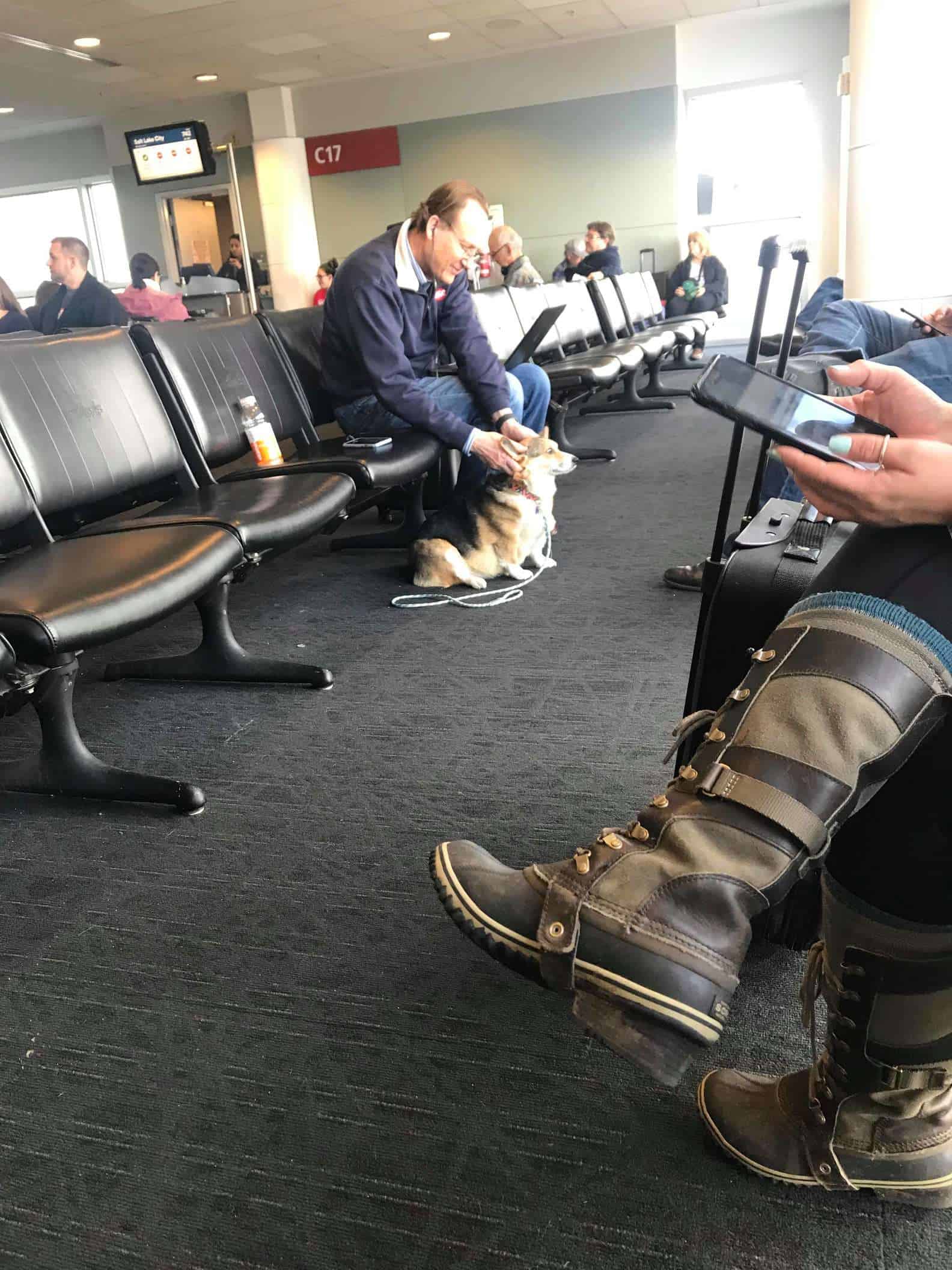 “I asked him if she was bothering him and with a somber face and watery eyes, he said, ‘No, no; I lost my dog last night.’ He scratched behind her ears, patted her on the back, and was whispering how cute she was. He took out his phone to snap a photo, and she sat directly in front of him, facing him and staying perfectly still for it.” 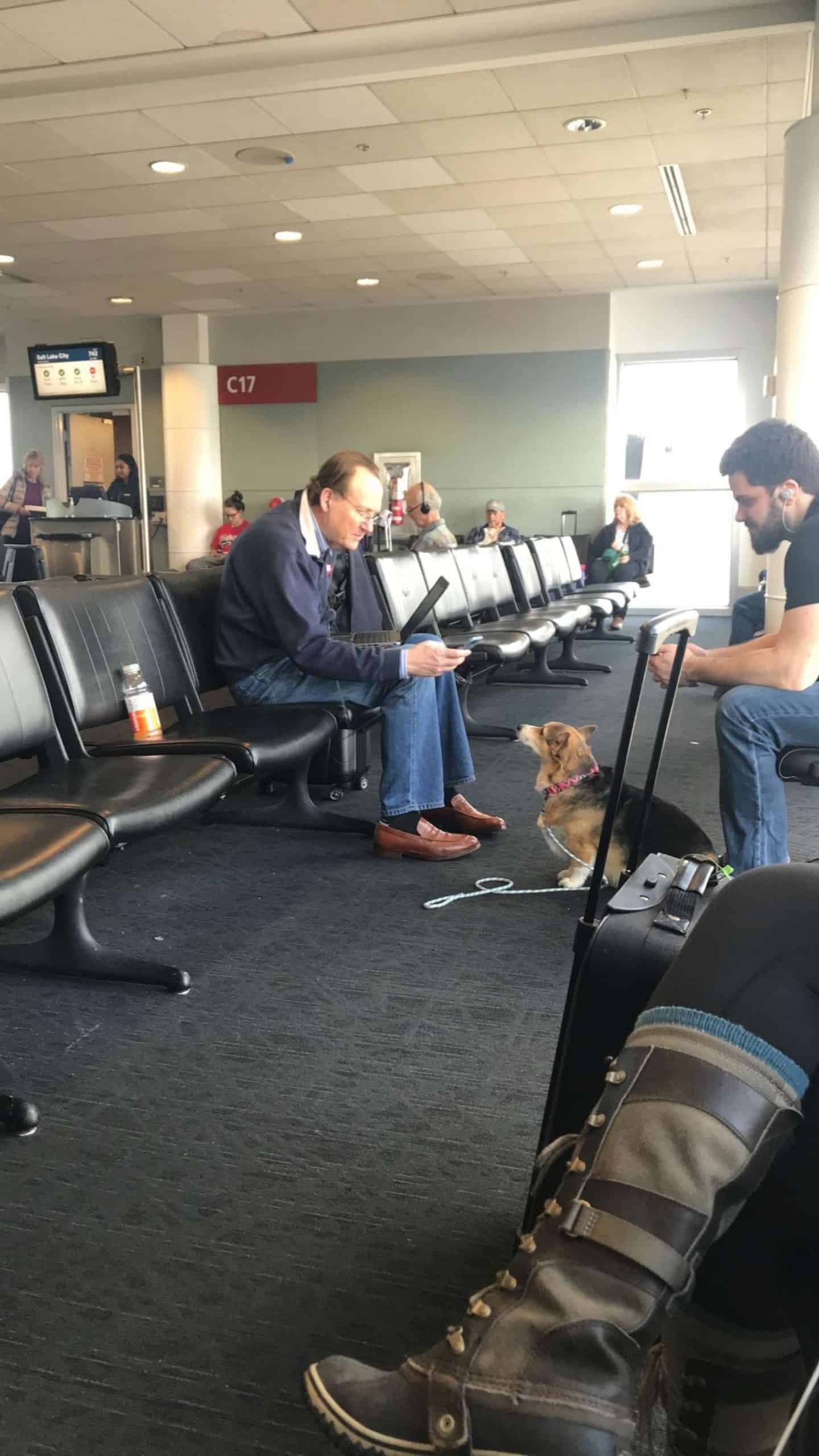 Somehow, Cora knew the man needed comfort and love that day. She was unloved her whole life, so she knew exactly how he felt. Cora’s gift for love and compassion made that man’s day after the hardest night of his life.

The truth was, he lost his dog the night before. Cora seemed to know that the man in the airport that day needed her love most of all.

“She knows who is hurting, and she knows who needs her. I’ve never questioned that,” Palm said. “I am blown away by her on a daily basis. Who knew a dog who was unloved for seven and a half years could have so much love to give?”