Although we’ve focused on stories with positive outcomes, we can’t ignore those unfortunate ones that still happen every day. For every happy dog, there’s a sad one, and that’s just the unfortunate truth.

What’s even more devastating is that humans cause the vast majority of these sad stories, and that’s just heartbreaking. What makes people turn evil and do such awful things to pure creatures will never be clear.

Another heartbreaking story happened a while ago to a German Shepherd who now goes under the name Rex. When a rescuer from Takis Shelter went uphill with a police officer who heard about a dog tied to a tree, he didn’t expect to see such a devastating scene.

The dog had been stuck there for days, probably positioned to scare off the sheep. He was helplessly leaning against a rock, looking tired and traumatized. He was tied there with some food but no drinking water or shelter. The dog was left at the mercy of the cold and rain.

Whoever left Rex there didn’t care about what would happen to the poor dog. He was thirsty, cold, and sleeping in his own dirt. 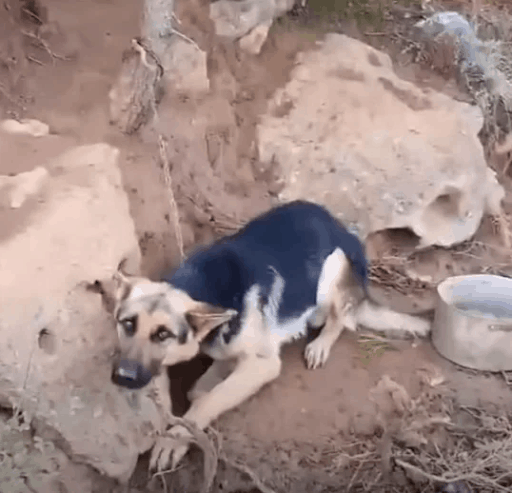 Somehow managing to pull up his GSD spirit, Rex stayed calm and allowed the men to approach him. It seemed as if he felt the kind souls of the two men coming to rescue him. The look in Rex’s eyes said more than a thousand thank yous. 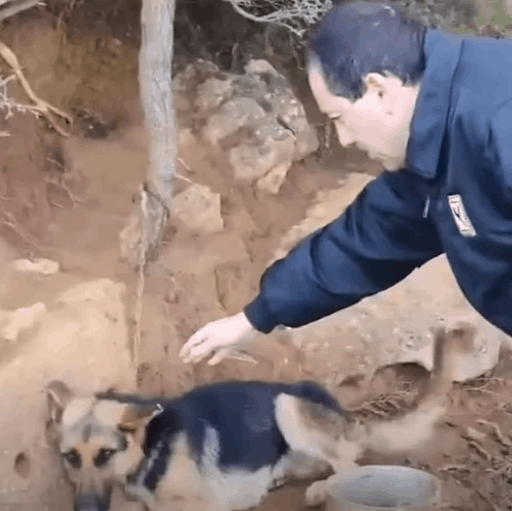 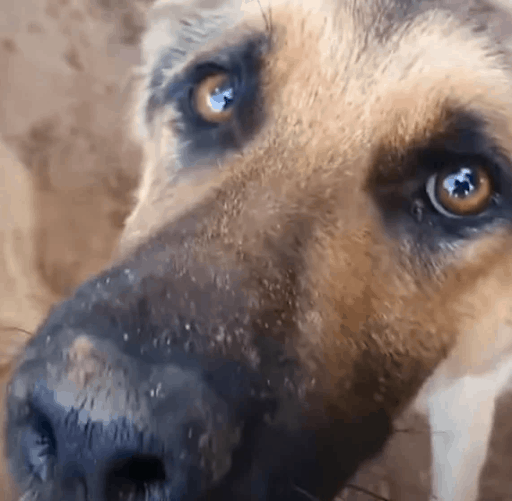 Whoever left Rex on a one-meter chain was fully aware he couldn’t get food, water, or shelter.

The rescuer spoke calmly to Rex, assuring him he would be in good hands from now on. As the cop returned with fresh water for Rex, the two men realize he was severely dehydrated. 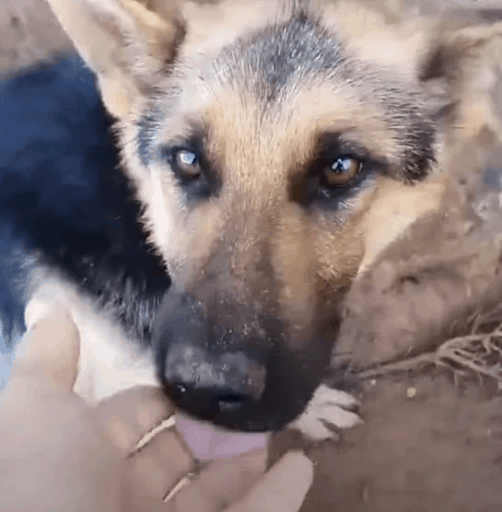 Rex was taken back to the car, where he jumped on the passenger side door, eager to leave that horrible place. We can’t blame him. He was lucky to be saved by such kind men. 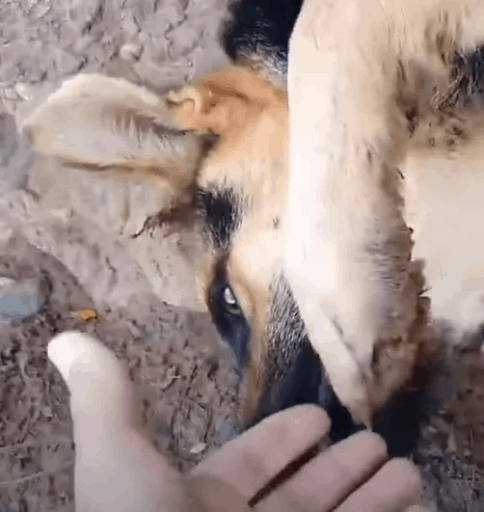 The first thing Rex did when he arrived at the shelter was to dunk his head in the water bucket. He drank water for over three minutes! Can you imagine how thirsty this poor boy was? 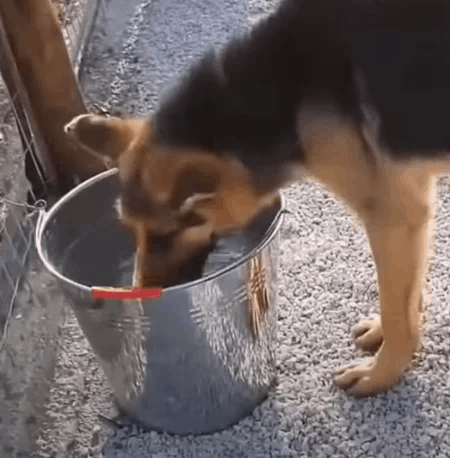 Rex is all good now. He has friends, food, water, shelter, and most importantly, people that care about his well-being. He may be skinny for a German Shepherd, but in a few months, all the nurturing he’ll receive will only result in a happy and healthy dog.

Rex’s story is here to spread the word and speak for many dogs unable to rescue themselves from terrible conditions. No dog deserves to go through what Rex went through. 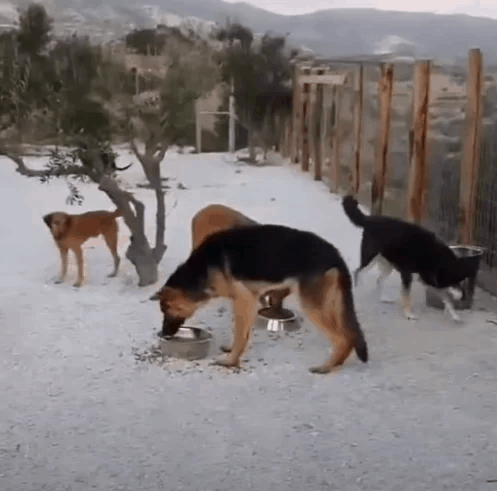 You can watch how Rex got a second chance in life here: