They’re all popular dog breeds. But, have you ever heard of a new dog breed named the Lycan shepherd?

You probably didn’t even know there are so many shepherd dogs out there! We have little information about them that could help us bring these pups closer to dog lovers.

The info about the Lycan shepherd puppy is poor too! Where lies the secret?

The secret of the Lycan shepherd lays buried deep in the past when breeding joined wolves and shepherd dogs together.

We’re about to find out what’s so special about the Lycan shepherd and how we can get our paws on one of these pups!

Contents show
1 The Beginning Of A New Dog Breed: How Did We Get Lycan Shepherd Puppies?
2 What Characterizes The Lycan Shepherd?
3 The Founding Breeds: What You Should Know About The GSD, The Blue Bay Shepherd, And The Belgian Malinois
4 The Ideal Owner: Are You Able To Raise A Lycan Shepherd?
4.1 Tolerant Of Unpredictability
4.2 Training And Mental Stimulation
4.3 A Safe Household

The Beginning Of A New Dog Breed: How Did We Get Lycan Shepherd Puppies? There’s a good reason why you haven’t yet heard of the Lycan shepherd. This is a fairly fresh dog breed, still at the early stages of development.

The Lycan is a combination of German Shepherds, Blue Bay Shepherds, and Belgian Malinois.

This mixed breed can show off any of the traits the parents have. Meaning, there can be visible traits of wolfdogs since some of the parent breeds come from wolves.

Unpredictable characteristics can be quite undesirable.

Extensive work prior to breeding with German shepherds helped reduce the aggression and shyness in Blue Bay shepherds.

However, breeding the new puppy line back to GSD and Belgian Malinois might reintroduce aggression.

Still, there are dog lovers who would prefer the Lycan to be a bit more on the aggressive side as it means ensured family protection. Good guard dogs are hard to find, and the Lycan is one of the few.

What Characterizes The Lycan Shepherd? The Lycan Shepherd is a smart dog, obedient, and ready to listen to commands. Being a fairly new breed, this pup’s character is still unexplored territory. So far, we know they have the biggest character traits of their parent dogs: intelligence, obedience, and wolfish appearance.

Intelligence is their best feature. Scientifically speaking, the Lycan has a larger brain relative to its body size. Meaning, this is a super-smart pup who loves solving puzzles and helping out with problems.

Obedience is something this new breed inherited from the GSD and Belgian Malinois. These dogs are supposed to be devoted to their owners, much like their before-mentioned ancestors. Obedience training with this dog breed would be a delight.

A wolfish appearance is the main characteristic of the Lycan. They have the mentioned wolf-like appearance along with a dark coat, big heads, light eyes, and relatively small heads when compared to the German shepherd dog.

The Founding Breeds: What You Should Know About The GSD, The Blue Bay Shepherd, And The Belgian Malinois All three of these dog breeds have many things in common. They’re mostly used as working dogs. These are strong, intelligent, and hard-working pups, and it’s finally time to see where they came from. Let’s introduce the founding breeds!

The Blue Bay shepherds have been in the development process for the past twenty years, but they still haven’t been recognized by the AKC. We can trace this dog breed all the way back to their founder in Palm Bay, Florida.

Their parents? Wolf dogs and Blue Old German shepherd dogs of the European line from France – a mixture of wisdom, intelligence, and strength!

The blue color is extremely rare with the European German shepherds. Still, some GSD puppies are born blue, usually becoming saddle and losing the blue hue as they get older.

The point of breeding back in the days was to introduce wolf lines in the german shepherd puppy. The ideal offspring would have a wolf-like appearance and intelligence without being intimidated by or scared of humans.

Finally, when the breeder managed to find two German shepherds with the right coat color and smaller ears, and especially calm temperament, the Blue Bay shepherd puppy was born.

The Blue shepherds were bred with wolf-like dogs five generations removed from a true wolf. Then, Blue Bay bred with Blue Bay, and the rest is history.

Adding wolves to the breeding process ends here. The breeders thought the wolf characteristics everyone had been after would finally catch up and stay put.

Therefore, every newborn Blue bay shepherd puppy will have a certificate with an identifying number and a hand-signed registration from the founder.

If a dog is sold without this certificate, then you have all the right to doubt whether it’s a real Blue Bay or not.

If this breed ever wants to join the American Kennel Club, extensive documentation would be needed to recognize their status. However, this process takes too much work. That’s why we don’t see recognized Blue Bays around.

It’s quite easy to spot a Blue Bay shepherd in a crowd. They have that wolf-like look we already mentioned, a dark blue coat, and light eyes. Their hair tends to get a bit longer around the mane, featuring a soft, blue to black coat.

They act all-important because of their looks, and they have every right to!

The German shepherd dog is probably the hardest worker in the canine kingdom.

They’re amazing service dogs in the police or military forces, do great as guard dogs, but were once mainly used as herding dogs. Their working line stretches quite far into the past!

Working German shepherds come from all over the place but mostly from Europe and Czechoslovakia.

Being so active leaves them no time for any health problems related to hips or bones. An active pup is a healthy pup!

One might think the working German shepherd is frenzied and too energetic. It’s quite the opposite.

These pups are rather calm and friendly and make amazing additions to any family. Their self-control is incredibly high!

The GSD is a one-person dog. This means he’ll listen, obey, and show affection to his owner before anyone else.

That’s why they tend to act aloof towards new people, sometimes a bit overprotective and aggressive. In other words, get used to your German Shepherd barking. It’s their way of protecting you when they think you might be in danger.

When everything adds up, the German shepherd dog is a dog ready to jump through fire for you.

The Belgian Malinois is the GSD’s brother from down the block. These dogs have plenty of similar traits, being primarily working dogs.

Of course, there are some physical differences that must be noted.

The Belgian Malinois is squarely built, with a less angular back than a German shepherd. They are also somewhat smaller dogs, but their energy level doesn’t fall behind.

Much like the German shepherd, the Malinois is extremely athletic and can climb trees, ladders, or even tightropes!

Their character isn’t much different from that of a GSD’s. However, the Malinois is somewhat calmer and more reserved than his German brother. They do trust their instincts, which are strong and usually on the right track.

Don’t be surprised if a calm Malinois pup turns into an overprotective giant. Being protective is just in their nature.

In other words, the Malinois is a dimmed version of its brother, the German shepherd.

The Ideal Owner: Are You Able To Raise A Lycan Shepherd? Before putting your foot down and demanding a Lycan puppy, you first have to know a few things about this fresh dog breed. After all, Lycans haven’t been here for that long, so dog experts can’t find a common attitude towards these pups.

Since there isn’t a standard on how these dogs should act, it’s up to you to adjust your behavior and living habits.

There are three main conditions every future Lycan owner must have:

• be tolerant of unpredictability

• be able to provide lots of training and stimulation

• be able to have a proper household for these puppies

Being bred by three different dog breeds and having a fairly short history, a Lycan may not turn out the way you want him to. If you want more German shepherd traits, then get a German shepherd dog.

Only Mother Nature knows how your Lycan puppy will turn out, both appearance and temperament-wise.

The unpredictability trait is common in all three dog breeds and can’t purposefully be bred out.

It wouldn’t be fun if it could, would it?

Keeping aside the characteristics your Lycan will inherit, you should know that this dog will be extremely intelligent and highly driven.

The level of activity, predisposition to being working dogs or quiet types, and the amount of prey drive present is only conditioned by the individual dog.

There isn’t a standard pattern every Lycan follows. 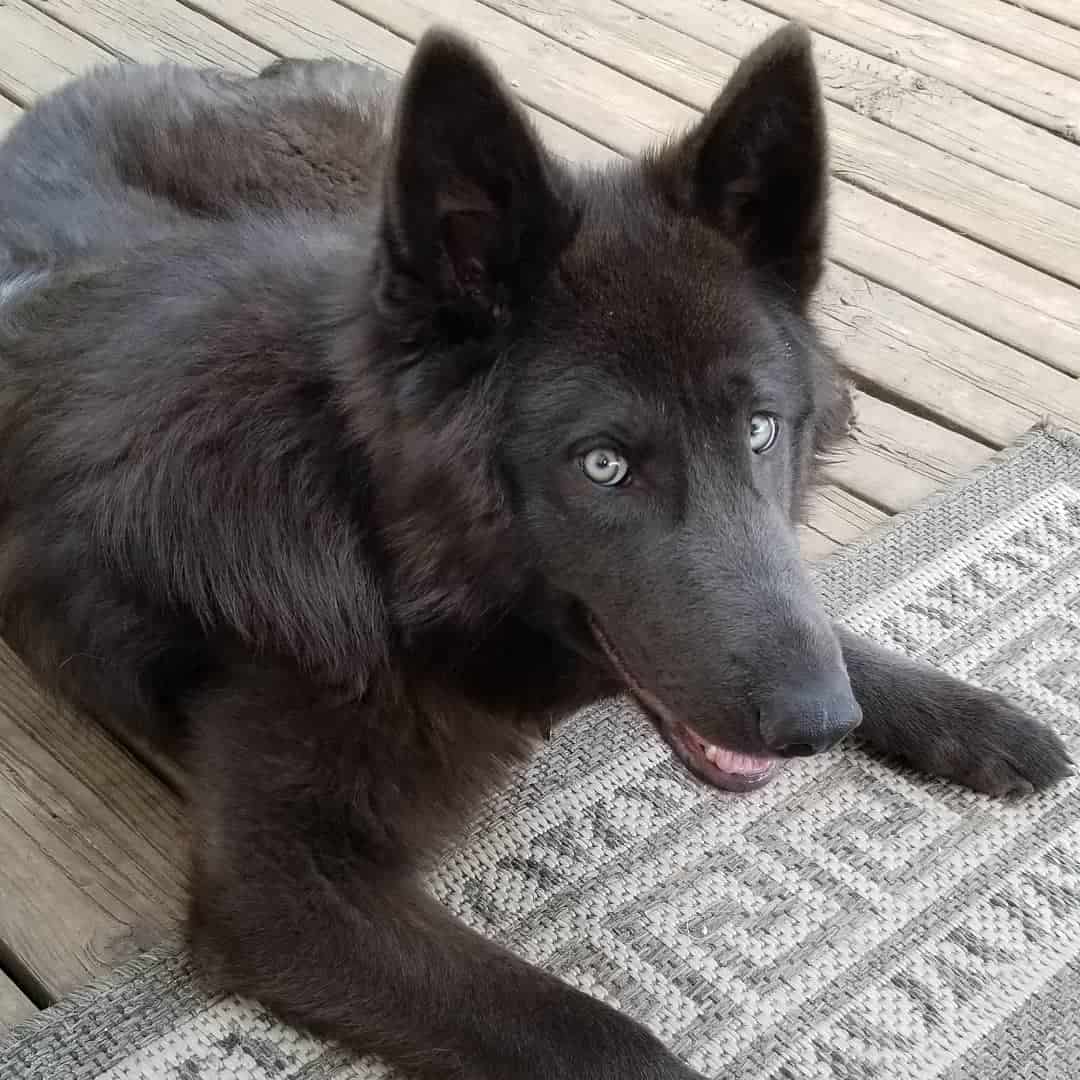 The Lycan’s behavior can vary and change up until they reach three years of age. That’s why it’s best not to keep them around smaller children and small pets.

Neutering and spaying may affect their instincts, so your Lycan might show off a weird behavior pattern.

Such behavior includes a strong prey drive towards tiny animals, aggression, or a high preference for only one person in the family.

A safe household for a Lycan is a place where you can control all factors and exclude those you might think could ruin the balance necessary for raising this dog breed.

If all the puzzle pieces fit, you and your household could make a wonderful place for a Lycan puppy to grow up.

The Lycan shepherd is a relatively young dog breed. It’s not purebred; it’s a mixture of THREE different dog breeds! No matter how similar the original parent dogs are, their nature was still unpredictable. It still is today!

Although the Lycan isn’t a well-researched dog breed, there are some features many dog lovers would like.

They’re protective, smart, devoted, and affectionate towards their owners.

When looking for a guard dog, or even a dog that might help you at work, consider pairing up with a Lycan. They don’t like doing nothing! Being a busy dog is what they do the best.

Maybe in a few years, science will know more about this unique mixed breed. But, for now, let’s stick with what we’ve got and try to upgrade our relationship with the Lycan.

There’s more to this beautiful, hard-working pup than we could ever know.

Bark twice if you agree, Wolfie! 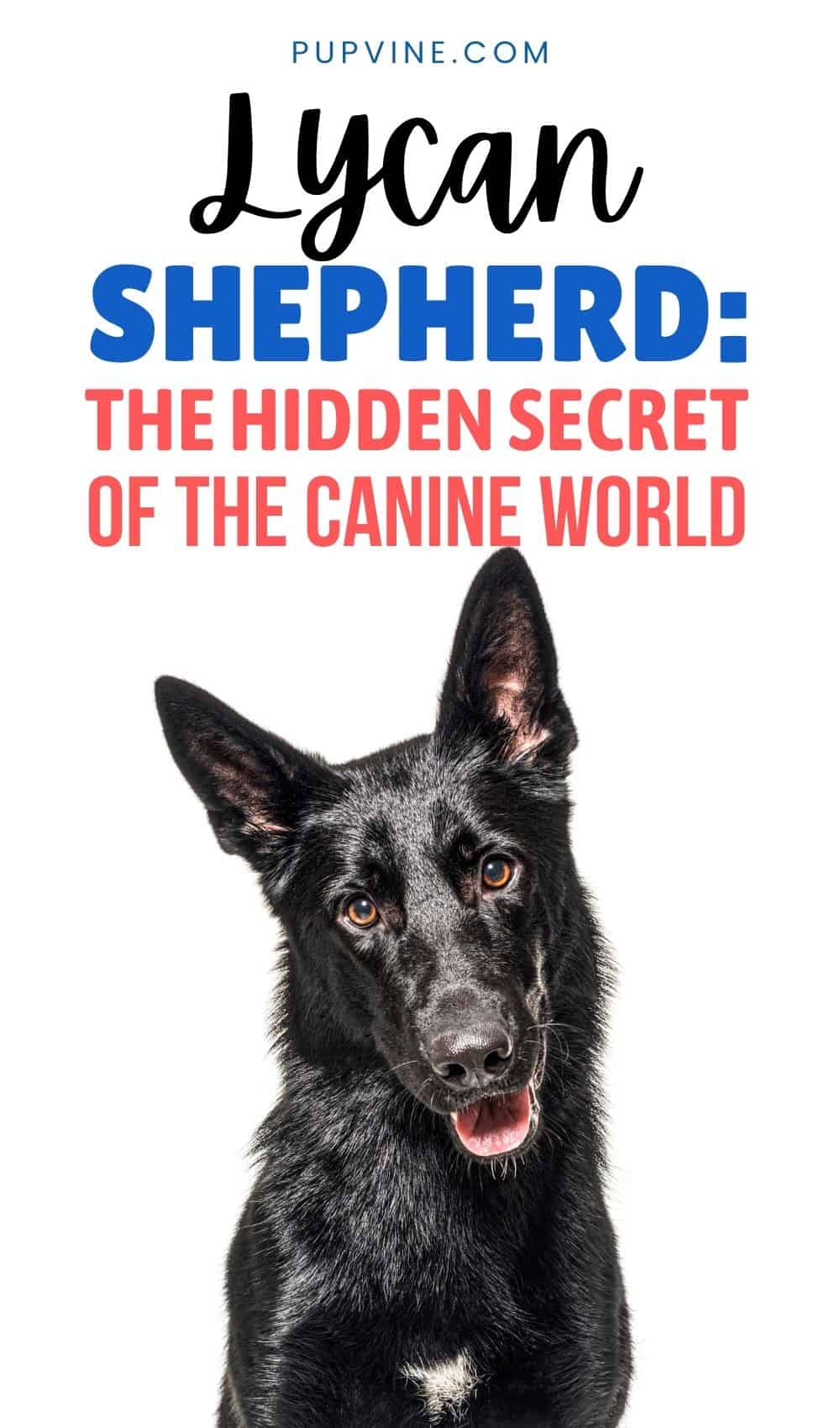 Explosive Ways to Connect With a Lycan Shepherd

[…] become more attached to you. You can train your pet according to your mood and also teach the lycan shepherd to behave in front of the others when you take your pet […]