It was a sunny day in Argentina, like many others before. Nothing special was going on in the life of Lujan Videla, but a stroll down her street will soon discover her life, and the life of her boyfriend, will be changed furever.

On a corner near their home, the couple spotted a dog they’ve never seen before. It was Bruno, all alone and disoriented. They stayed with the dog for a while, thinking somebody would show up and take it, but no one came. 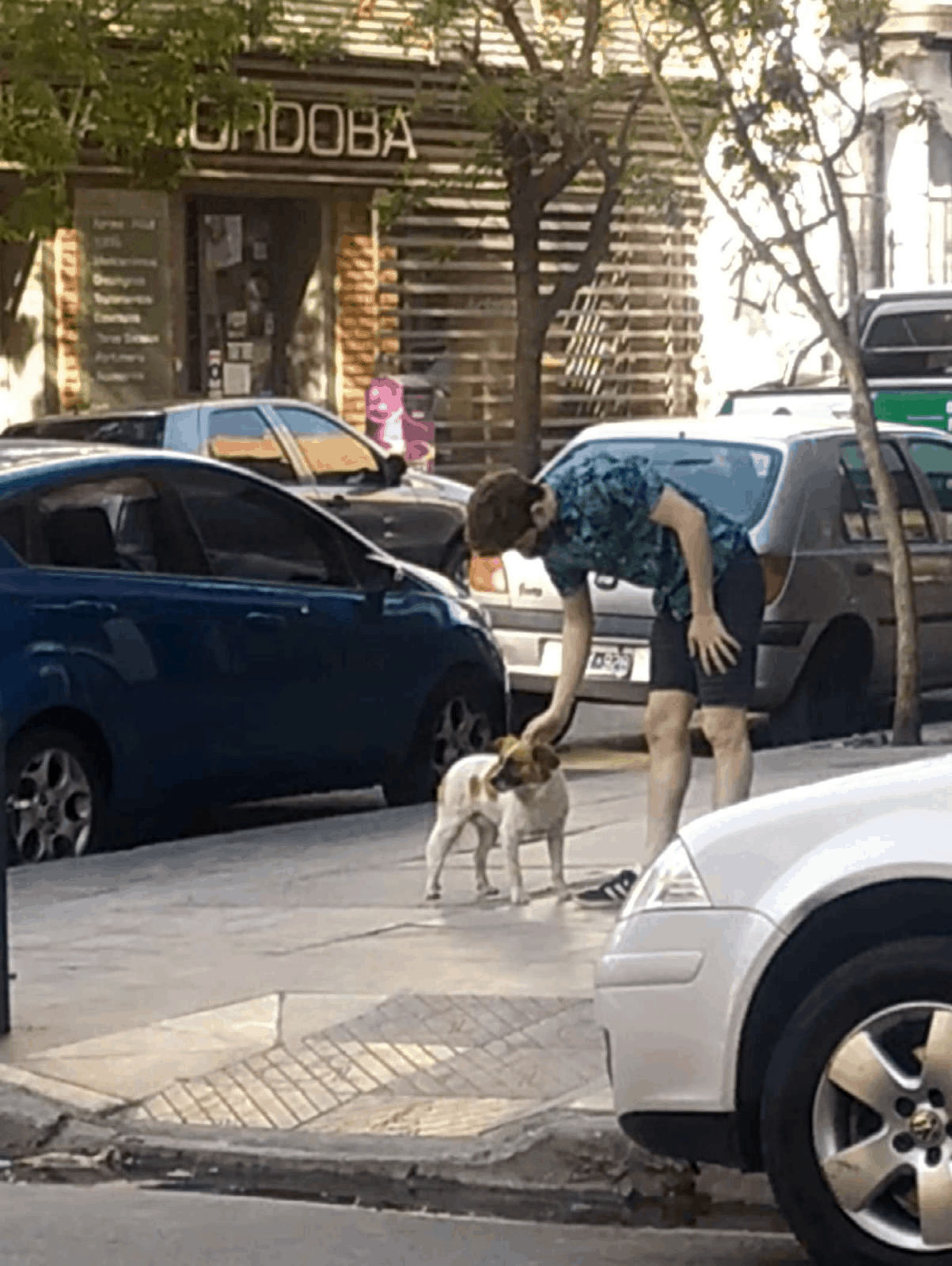 While waiting for something to happen, Bruno took the matter into his paws. He began to walk, taking Lujan and her boyfriend to an apartment building. It was then when they saw a sign at the front door: Keep out the dog. 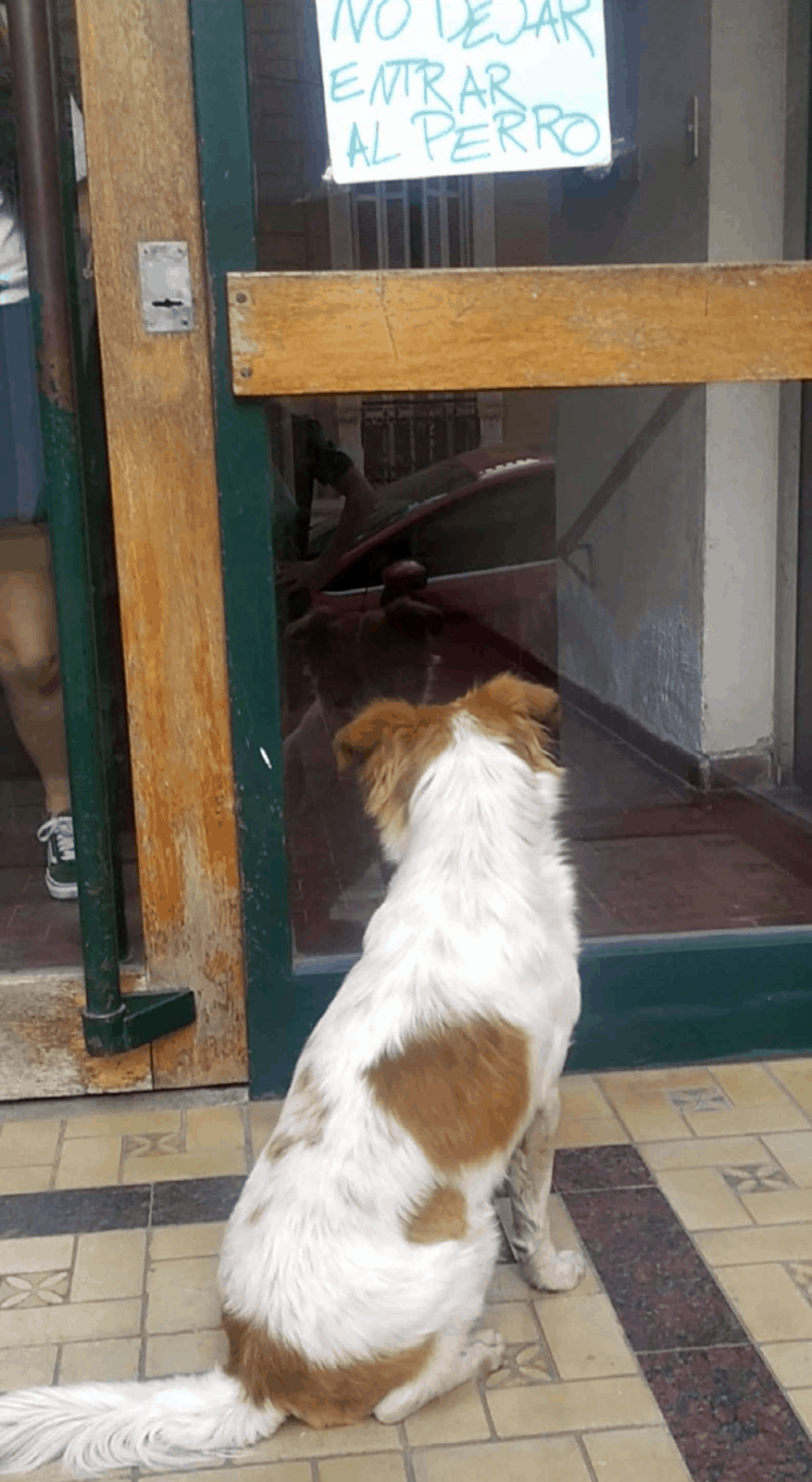 After talking to one of the residents in the building, the couple found out Bruno was living, up until recently, with an older man. It’s unknown what happened to the man: did he die or did he have to move away suddenly?

Either way, Bruno was alone… lost, homeless, and heartbroken. Some residents fed him, but he became so fixated on entering the building that the manager had to put out a sign to keep him away. 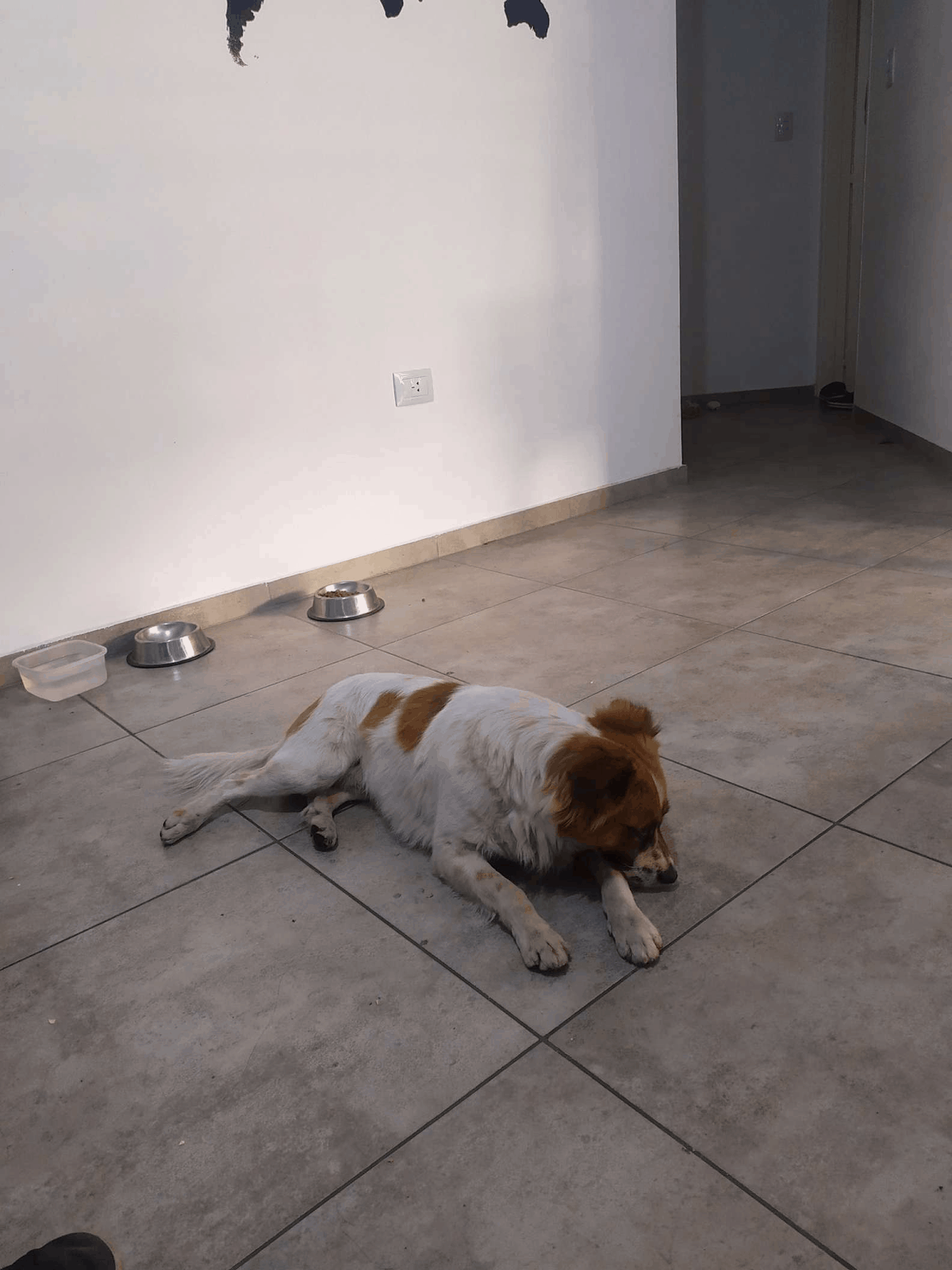 People are cruel sometimes. No one actually stood up and took Bruno in. That’s why Videla and her boyfriend decided to take Bruno to their home. The word spread all over the place that they found Bruno. Sadly, no family member of the previous owner nor the owner himself answered the call for help.

It was obvious how desperate and brokenhearted Bruno was. Breaking a dog’s heart is something horrible a person can do!

Luckily for Bruno, the story does end well. Day after day, Bruno became a much happier dog than he was at the beginning of our story. Happiness was written all over his adorable face. 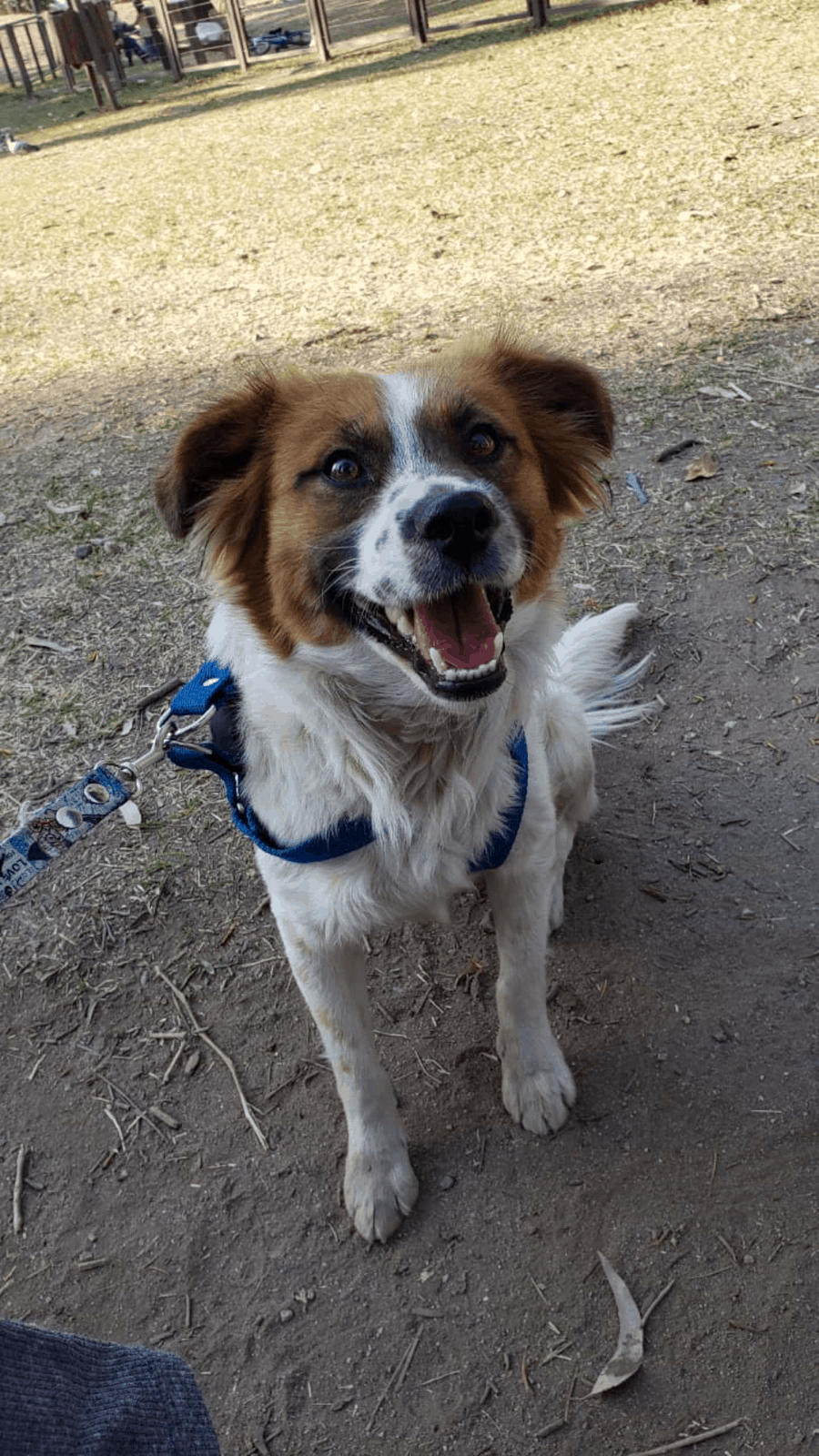 Even though Videla and her boyfriend couldn’t take Bruno in because of their many rescue dogs at home, Bruno did find his furever home. A neighbor living across the street adopted Bruno and did the best thing possible: gave this dog a whole new life.

Videla still sees Bruno on their daily walkies. But, she is upset that no one from the previous building wanted to adopt him. He’s a terrific pup that’s grateful for everything he gets. Dogs are living creatures. They have feelings, too! Will some people ever learn how to properly treat an animal?

Here’s another photo of Bruno. Smile, just like Bruno does! 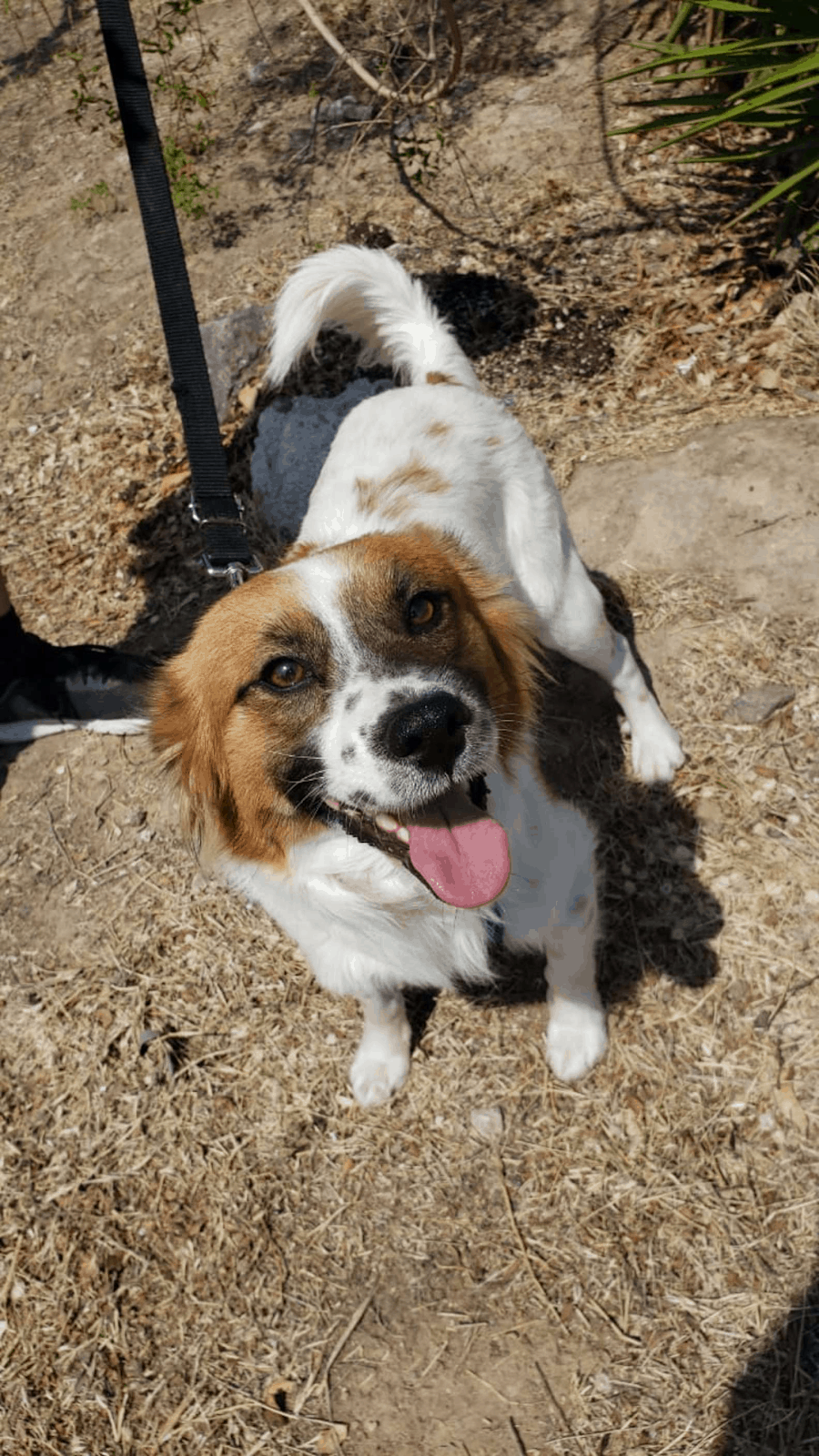