Like it or not, the Hawaiian language is unique, and it provides numerous interesting and lovely name ideas for your dog. Truth be told, Hawaiian dog names are pretty rare. Chances are, that’s going to change.

If you’re interested in giving your dog a name that sounds (and means) something beautiful like the sky, the ocean, or the stars, you’re on the right path. Names like Nanu, which means wave, Mano, or shark, Hau (snow), or Kaloni (sky) are just the tip of the iceberg.

Hawaii is full of rich heritage. Their culture is fascinating and their religion has deep roots going way back in time. Their nature is stunning, and their language is beyond interesting, but the people, animals, and cultural habits are what make Hawaii truly a remarkable place. No wonder why many come here for a vacation, and then decide to move!

Hawaiian dog names usually come from nature. The islands are surrounded by volcanoes covered in a veil of mysteries and stories of mighty Hawaiian Gods. This place is equally beautiful and powerful.

Naming a dog is something very personal. You need a name that will suit the dog’s character and personality. You can’t choose a name that means “white” for a black dog. It’s simply… wrong.

You need a name that rolls off the tongue!

If you’re a native Hawaiian, choosing Hawaiian dog names could be a great ode to your heritage. But, if you’re not Hawaiian and you simply appreciate the culture, it’s still pretty amazing to pay such a tribute.

Hawaiian dog names are fun and lyrical. They can be bold, but they can also be beautiful. The finest of them all are an impression of Hawaiian culture, history, food, Gods, art, and more.

Just say “aloha” and dive into the world of unique Hawaiian dog names! Surely, there’s a name for your new puppy. 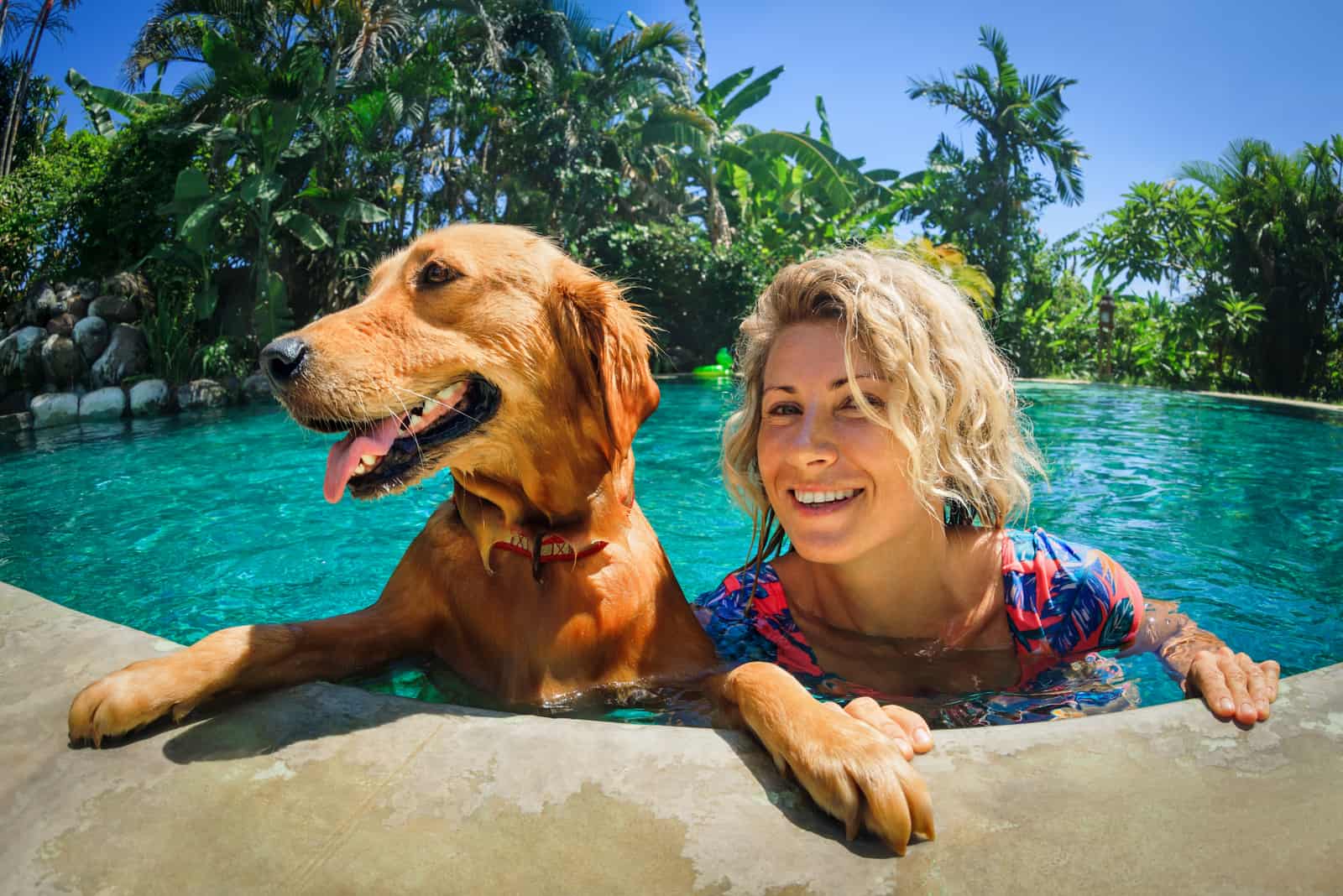 Nature is one of the things that make the state of Hawaii so perfect. Let’s see which Hawaiian dog names inspired by nature are the best:

2. Hilo: Hawaiians refer to Hilo as the “new moon”.

3. Hoku: This symbolizes “star” in Hawaiian.

4. Kai: This word stands for “sea”. The love for your dog is as deep as the sea, so naturally, Kai sounds like the best idea so far.

6. Kukui: The state tree of Hawaii is called “Kukui”.

7. Lo: Have you heard of the hawk native to Hawaii? It’s called Lo! 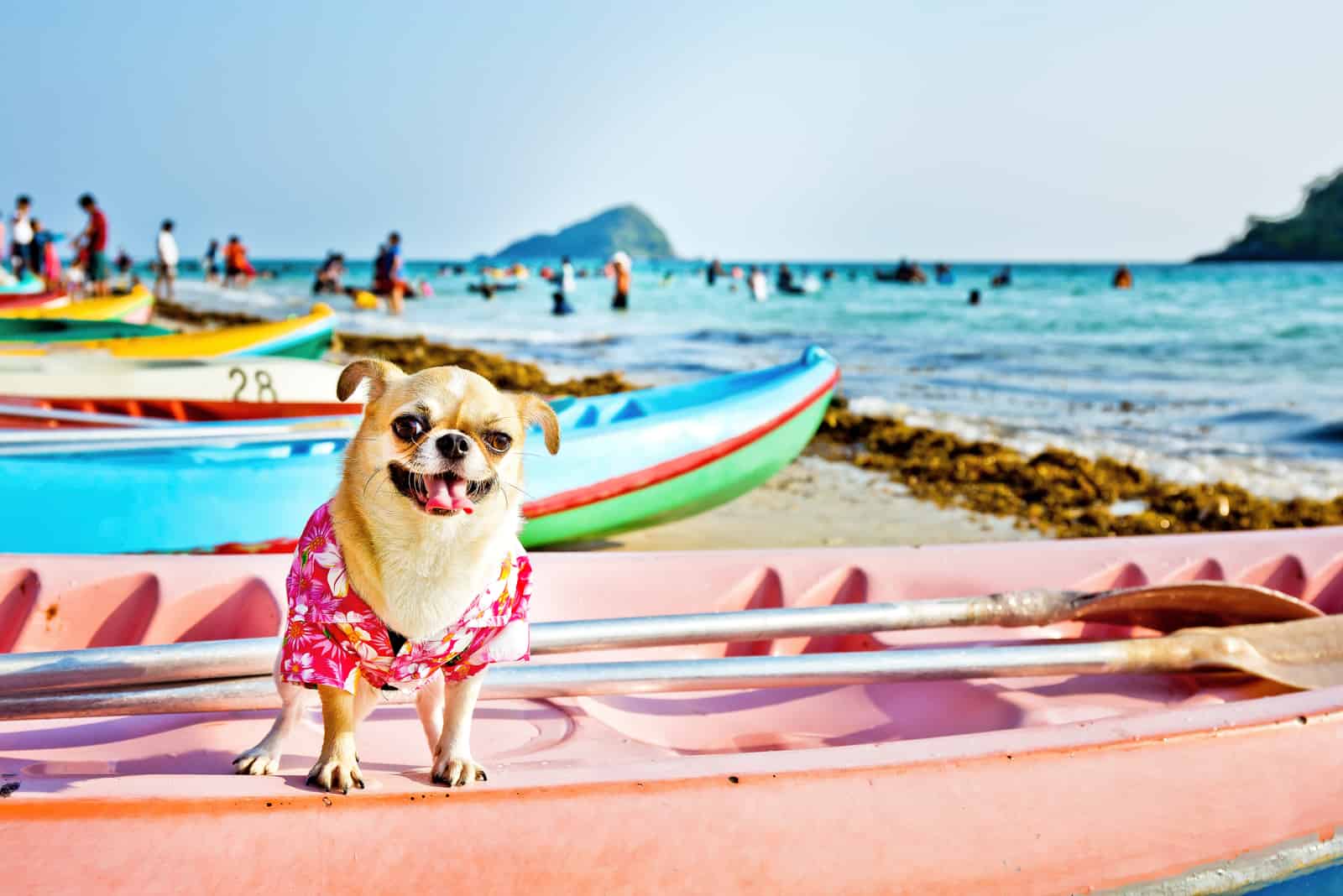 Hawaiian dog names aren’t that common, but there are still words that have found their way into the standard English language. These dog names can be seen not only in Hawaii, but in the rest of the world, too!

12. Hula: You’ve all heard of Hula. It means “dance”. This is an adorable Hawaiian female dog name.

14. Honolulu: The capital of Hawaii is Honolulu. It’s also a cool dog name.

15. Kaloni: The Hawaiian word for “sky”. If your love for your puppy is skyrocketing, then naming it Kaloni is a good idea.

16. Kanaka: This means “human”. A paradoxical dog name, but we love it! It shows that we value dogs equally as humans.

17. Keona: The name Keona stands for “God’s gift”. A puppy is truly a gift sent from above to make our lives better.

18. Leilani: You’ve probably heard this name before. Leilani has become a common personal name in the States. But, what it actually means is “royal child”.

22. Maui: An island in Hawaii. Also, a name from a fictional Disney hero.

23. Meli: A word that means “honey” and a lovely name for a small dog.

24. Noe: Getting a puppy on a “rainy” day means the dog would probably be named Noe. 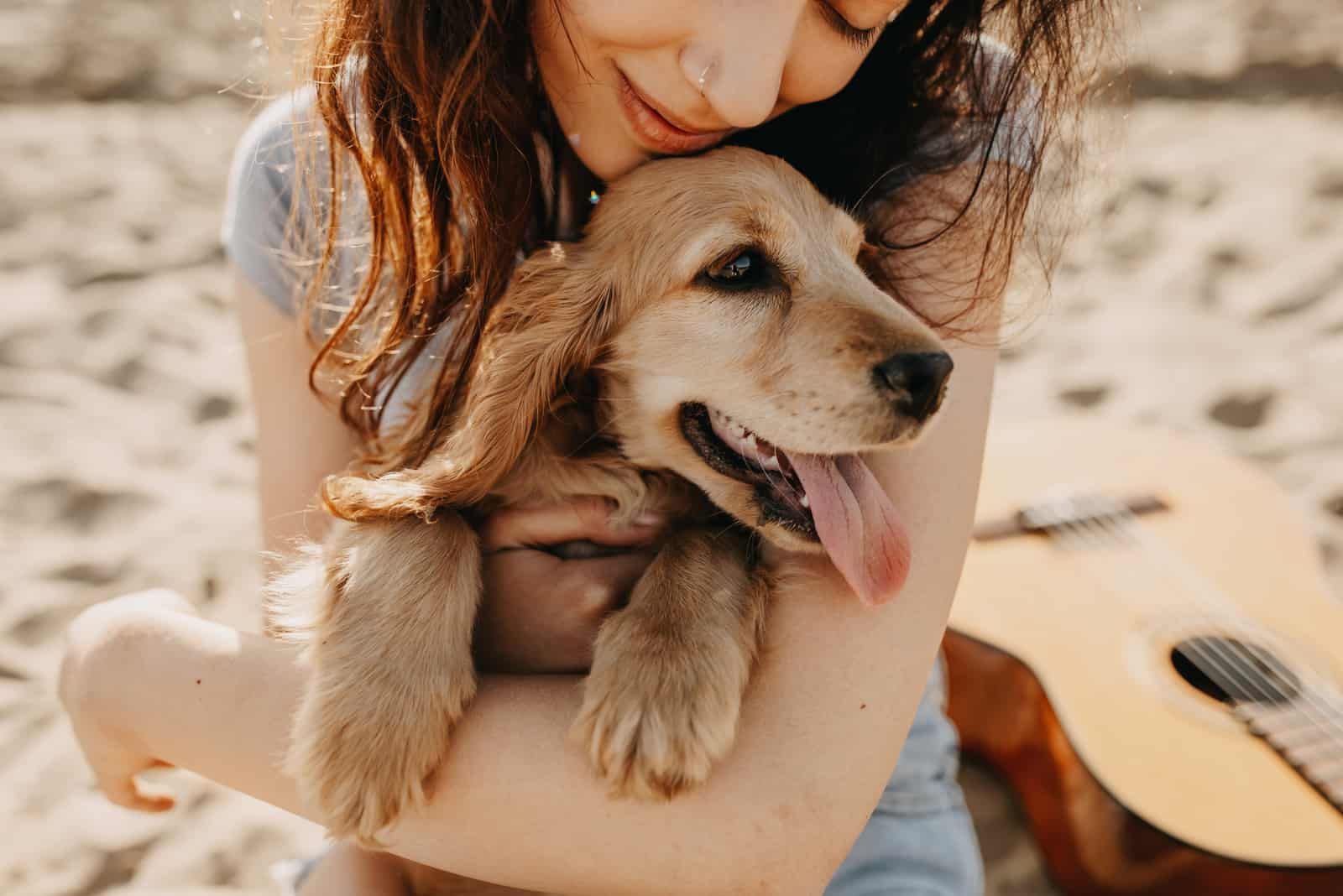 ‘Wahine’ is a Hawaiian word for female. Here are some of the most gorgeous female dog names:

26. Alana: This name stands for “awakening”.

29. Alaula: A term that means “sunrise”, it is one of the most beautiful Hawaiian words.

31. Ewalani: A term that means “woman from heaven”. Ewalani sounds like a great dog name for graceful pups.

34. Kaila: There’s even a word for “stylish” in Hawaiian!

35. Kaiolohia: A word that describes “calm of the sea”.

36. Kalea: A name with the meaning “bright” in Hawaiian.

39. Kiele: A word that stands for “precious blossom”.

40. Kona: The word Kona stands for “lady” in Hawaiian. Just imagine the title: Disney’s: The Kona and the Tramp.

43. Lokelani: This actually means “small red rose”. So, a name for a clownish dog?

45. Roselani: As you can assume, this simply means “rose”.

46. Uilani: This means “beautiful” in Hawaiian. 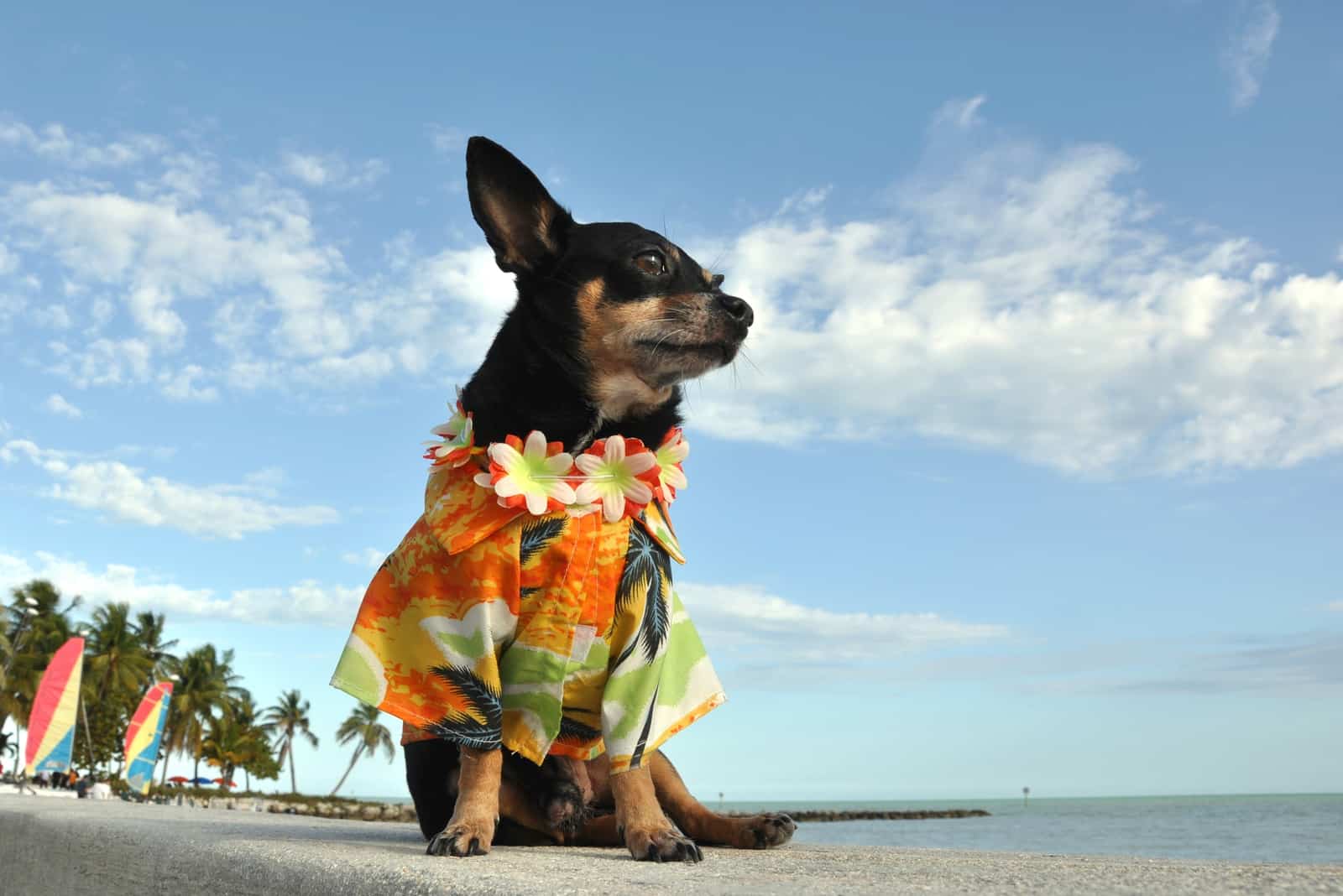 Many Hawaiian male dog names have strong and powerful meanings. Here are some of the most badass ones:

48. Eno: Or “wild”. An energetic puppy would surely enjoy the name Eno.

49. Etana: If you have a “strong” dog, then you should name him Etana.

50. Hanale: This means the “Lord of the manor” in Hawaiian.

51. Ilio: A name that actually means “dog”. Could it BE any more perfect?

53. Kahuna: If you want to say someone is “respected”, you say Kahuna.

55. Kapena: As we mentioned earlier, this name means “captain”. A boss dog would love to have such a name!

61. Lui: A “warrior” in Hawaii. Another manly Hawaiian dog name.

64. Olulu: Even though it means “fat”, Olulu is a cute Hawaiian dog name.

66. Uliuli: Since this word means “black” in Hawaiian, it would be the finest name choice for a black dog.

67. Weuweu: There’s even a word for “fluffy” in Hawaiian. 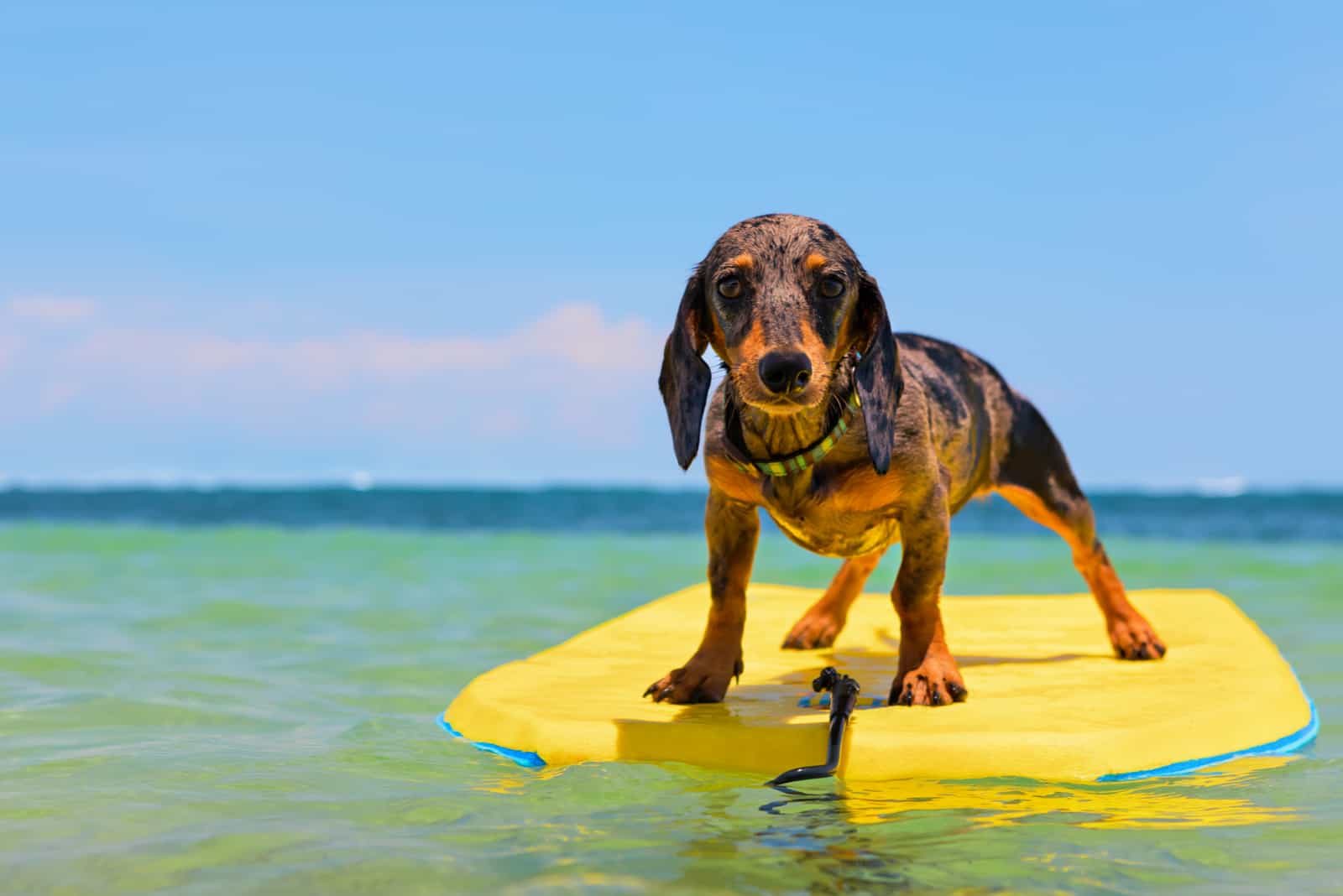 If you want an even more unique dog name with a Hawaiian touch, then you should take a look at this list. Here are some of the most unique Hawaiian dog names:

68. Akamai: A name for an intelligent dog. Akamai actually means “clever” in Hawaiian.

69. Ezra: This is a pretty common name, but did you know it’s Hawaiian, and it means “help”?

73. Lanai: The name of a Hawaiian island.

76. Nui: This means “important”. Well, of course, dogs are important for us! 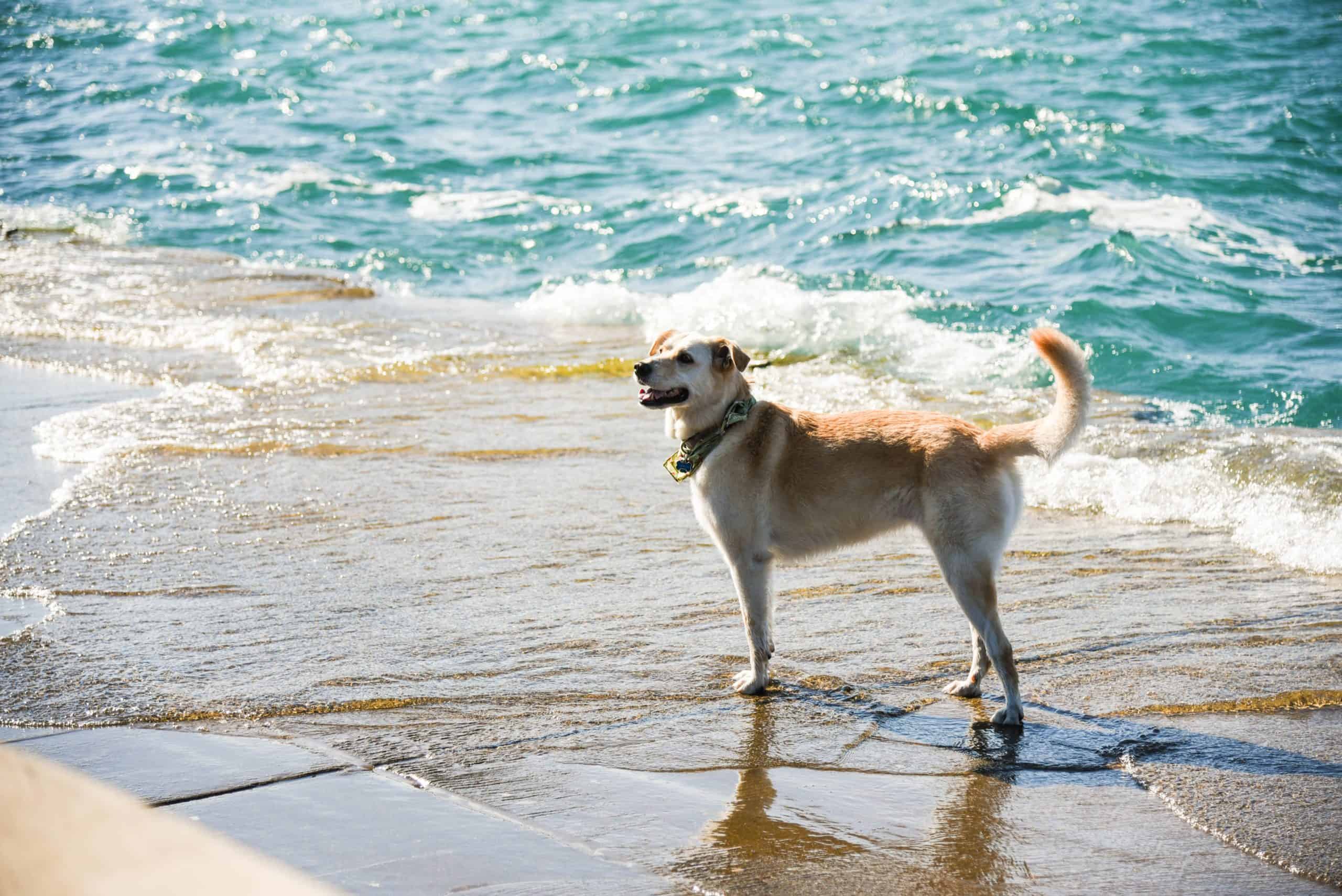 If you lean over to the spiritual side, then you need a Hawaiian dog name inspired by religion. We’ve put together a list of such names based on Hawaiian Gods and Goddesses:

82. Kapo: The Goddess of fertility. 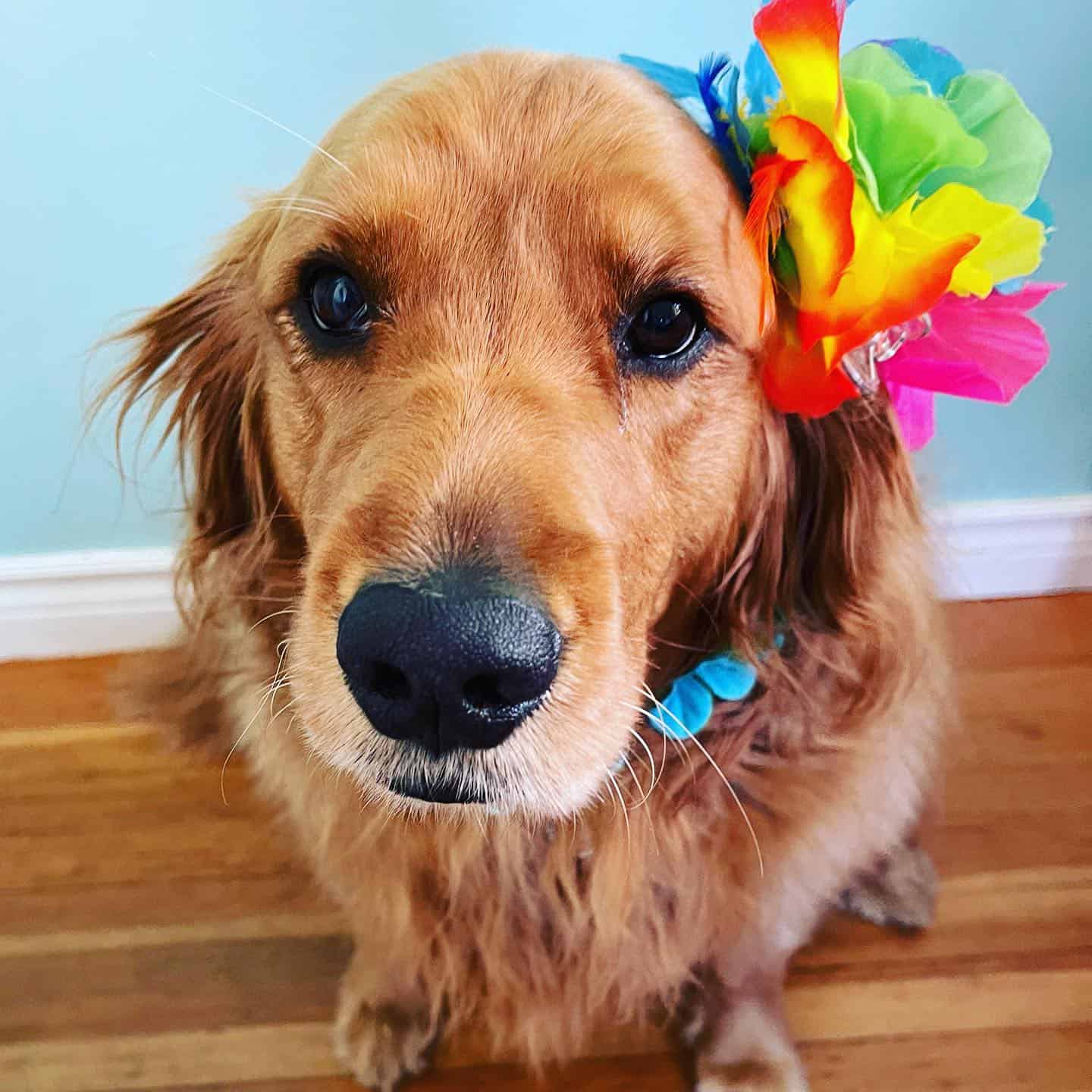 Looking for a cool Hawaiian dog name? Well, all of them are cool, but these are extra special. Here, take a look:

90. Kaimana: The name that stands for “the power of the ocean.” Name anything more powerful.

94. Kekoa: The name that translates to “brave”.

96. Lea: The mythological Goddess of the canoe builders.

97. Luau: Everyone knows what Luau is. It’s a word for a “Hawaiian party”.

103. Ipo: This means “sweetheart”. Is your dog your sweetheart?

104. Keiki: Keiki means “child”. Some people think of their dogs as their kids, which is absolutely fine.

105. Laki: It doesn’t have the same spelling, but it does mean the same. Laki is actually “lucky”.

106. Hae: This has an unusual meaning, but the name does sound cool. Hae is “a piece of clothing”.

109. Kikokiko: This word means speckles. So, a speckled puppy would be the best fit for this Hawaiian dog name.

111. Liko: The meaning behind the word Liko is “bud” or a “leaf bud”. It also symbolizes new beginnings.

113. Mahina: Here’s a Hawaiian word for “Moon”. One of the names with the most beautiful meaning.

114. Makani: This is Hawaiian for “wind” or “breeze”. Is your puppy fast like the wind? Is it named Makani? Well, what are you waiting for?

115. Mana: This name has a mighty meaning. It stands for “thunder”. An energetic puppy named Mana sounds about right.

116. Meka: If your dog has unusual eye color, then it should be named Meka. It literally means “eyes”.

119. Akamu: The term that translates to “of the Earth”. Also, it’s the Hawaiian form of Adam.

120. Iolana: “To rise like an eagle” is the true meaning of the word Iolana.

121. Kahili: This is a “ceremonial pole decorated with feathers”.

126. Pekelo: Another word for “stone”. Sounds sweet, but it has a powerful tone.

127. Pilikea: A spiritual name meaning “the rise of the life”. 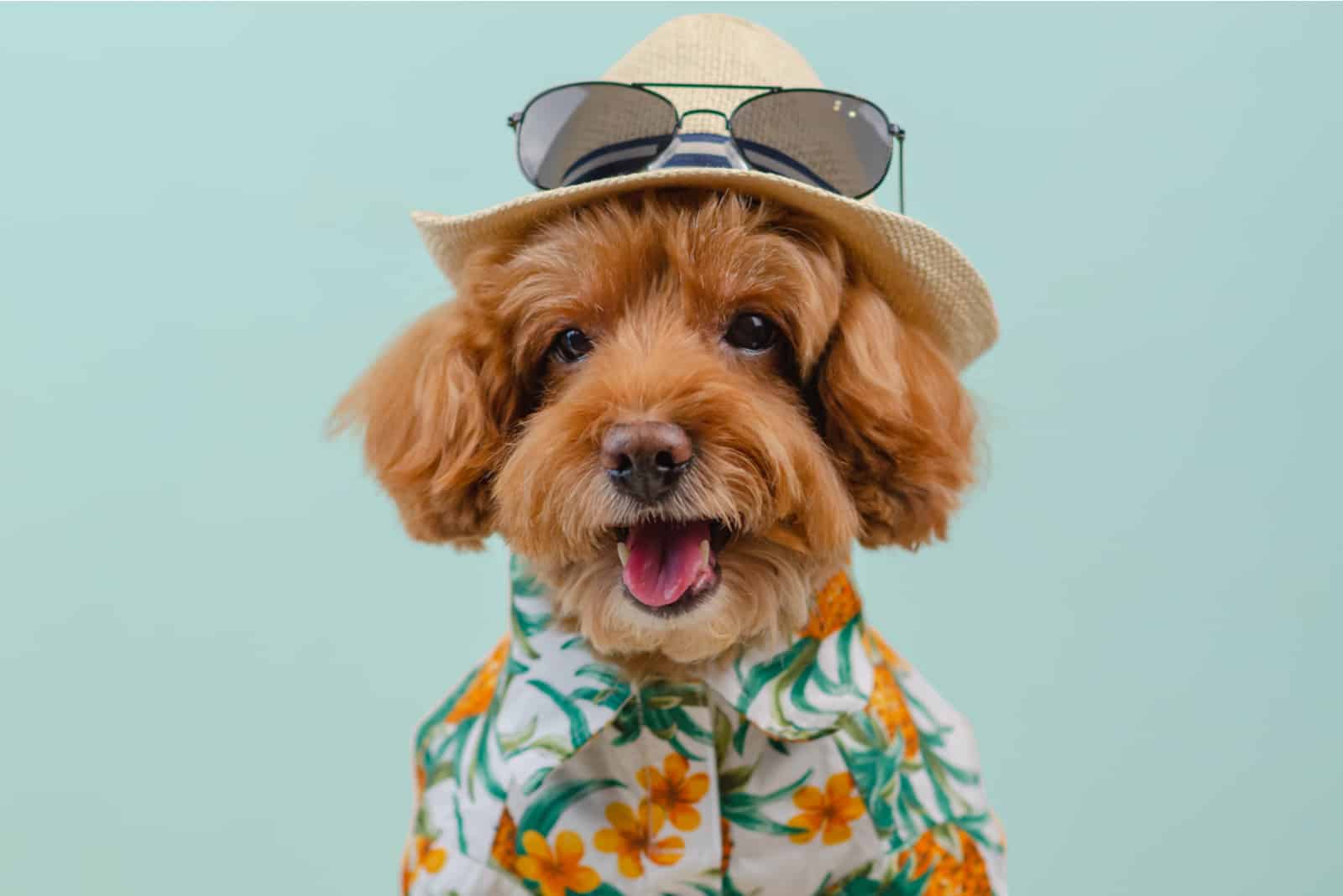 Let’s face it: all Hawaiian dog names are awesome. This is only a handful of chosen ones we thought you might like. If you dive deeper into the wonderful world of Hawaiian culture, you’ll find even more amazing ideas. Hawaii is truly inspirational. You don’t have to be a beach lover to find this place breathtaking. With its stunning scenery and wonderful people, Hawaii should be the inspiration for many other things, not only dog names.

So, out of these hundred names, which is your favorite? Mahalo for reading and stay tuned for more awesome dog name ideas.

Sassy Girl Dog Names: Over 200 Names For Your Furry Minx