It’s a busy street in Muscoy, California. Cars rush from one part of the city to another, and people are stuck in their own worlds. A German Shepherd is lying on the ground. She’s in pain. One of those zooming cars hit her and left her on the sidewalk.

But, she’s not alone. Her fluffy little friend refuses to move away from her. Time is passing by, so are the cars, but no one stops to help the dog. Her buddy is still there, waiting patiently for help to come.

And help did come. When the Dream Fetchers: Project Rescue group finally received the call about two dogs stranded on the highway, they rushed to the spot. The two buddies got new names: Marley and Murphy.

It didn’t take long for the rescuers to figure out what was wrong with Marley, besides being hit by a car. She was pregnant! It was clear Murphy was aware of it, so he decided to stick by her side and protect her. 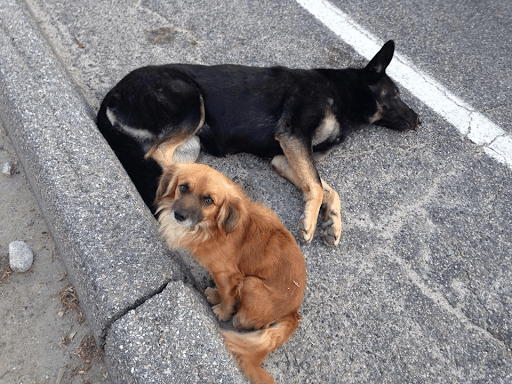 However, the accident brought more issues than the rescuers initially thought it did. Marley needed surgery on two legs. The staff thought the poor mamma wouldn’t make it. But, she amazed everyone. Marley recovered. She was a true fighter.

Maybe Marley wouldn’t have made it if it wasn’t for her best friend. Murphy was there the whole time. The moment the vet allowed the two dogs to hang out together, he offered Marley comfort and support. 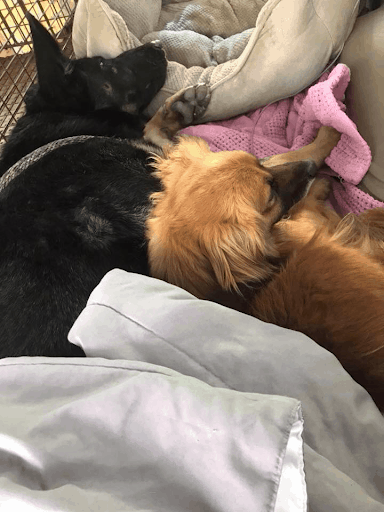 Marley’s recovery was slow but successful. If it wasn’t for her scruffy friend, who knows what would’ve happened?! 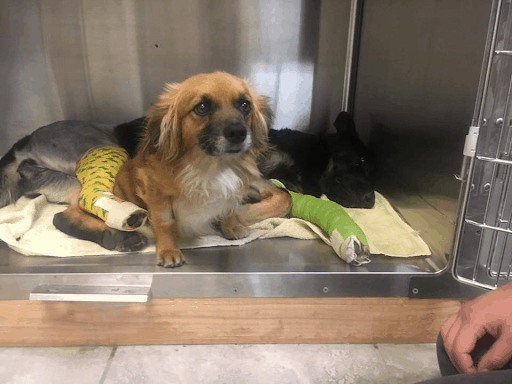 The good news doesn’t stop there.

During her recovery process, Marley gave birth to an amazing number of ten puppies! All of the young ones were healthy and ready to step into the big world. The Dream Fetchers didn’t only save Marley and Murphy; they saved ten more lives! 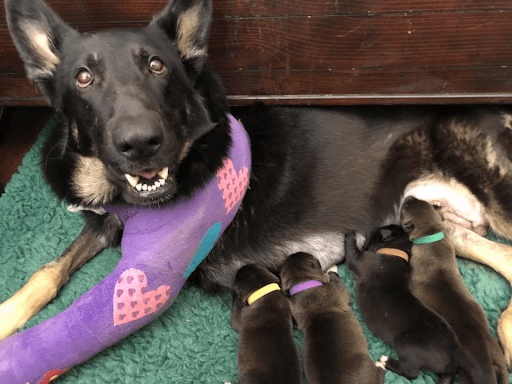 The whole sad story had a happy ending for all twelve dogs. Murphy got a chance to find a forever home. He knew Marley was safe now, and there was nothing else he could do. His brave girl deserved a life of her own.

And she did get one. After all her puppies were adopted, Marley went to her forever home too. Her new family loves Marley with all their heart.

If it weren’t for Murphy’s loyalty, none of these dogs would have a good home today. Murphy is living proof that being a good friend pays off in the most wonderful way. 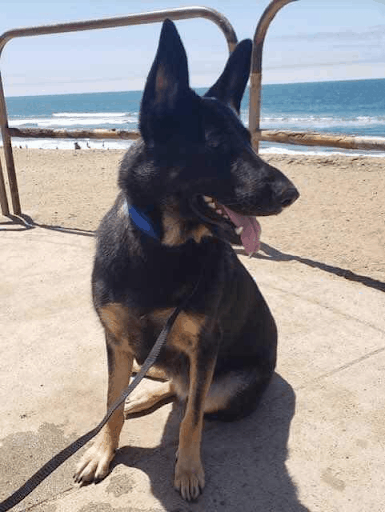