It’s not unusual for culprits to turn themselves in to the police. They all come around eventually. However, this peculiar dog from Odessa was no criminal, but he did turn himself in.

Chico is a Shepsky, a German Shepherd and Husky mix. He’s a year-old dog who’s still a puppy at heart. His owner, Edward Alvarado, thought Chico would be an amazing guard dog, hence his German Shepherd genes. But, the quirkiness and friendliness of the Husky side took over.

He was simply too friendly and eager to show love to everyone than to serve and protect. Add a curious nature to this, and you’ve got a dog that can’t stand being bored. That’s why one night, Chico wandered away from his dad, without anyone knowing.

It was 3 AM when Chico strolled into the Odessa Police Department, around a mile away from his home. The Shepsky casually walked inside, stood on his hind legs, and placed his paws on the counter as if he wanted to report something. 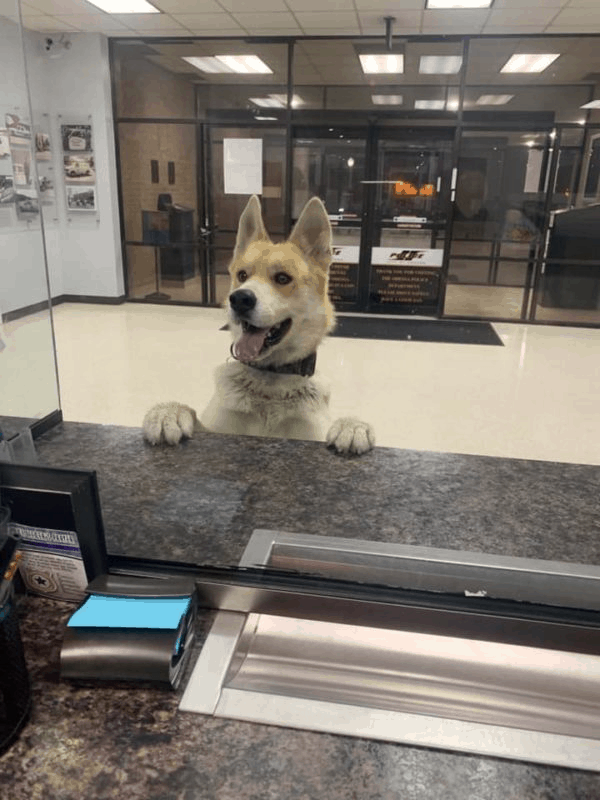 The police officers were in shock. It’s not every day that a dog walks in and does that. Naturally, no one at the station spoke dog language, so they all assumed Chico was looking for help. But Chico wasn’t stressed or afraid. He clearly wanted to have some fun!

And that’s exactly what he got. The officers at the station had a blast playing fetch with this puppy. Still, something had to be done. Photos of the dog’s bizarre entrance were posted online in the hope his family would see them. 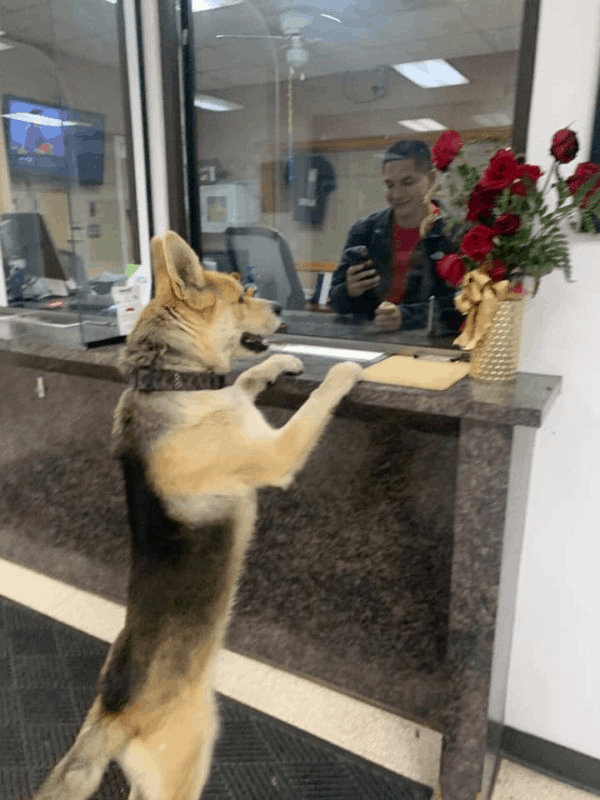 Also, Chico was wearing a collar, but his tags seemed to have been recently broken. The only solution was to call Animal Control to come and scan Chico for a microchip.

Afraid that Animal Control would take him to a shelter, Chico ran away. The officers could only assume the dog got even more lost. 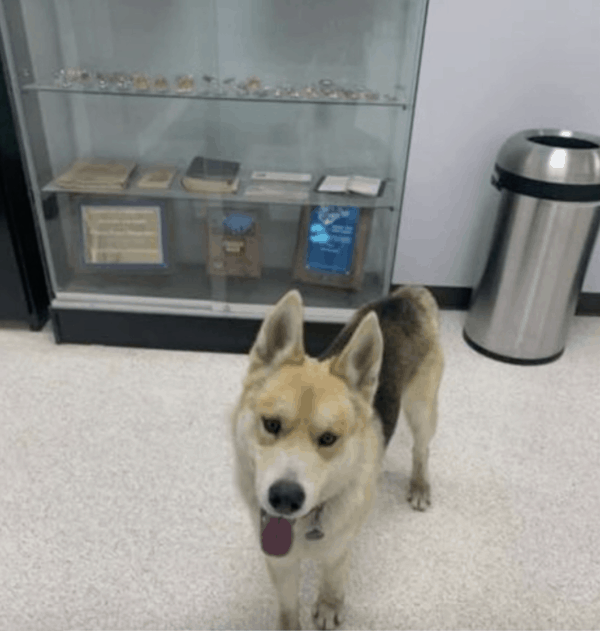 Luckily, the story has a happy ending. Chico was no longer lost. He actually returned home! He knew how to get back to his owner the whole time! When Alvarado woke up, Chico was there like nothing had happened.

His entire adventure would’ve remained a secret if Alvarado’s cousin didn’t show him photos of Chico he found online. The owner couldn’t believe his eyes. He had no idea his pup was that silly. Alvarado called the police and let them know Chico was safe and at home. All was good. 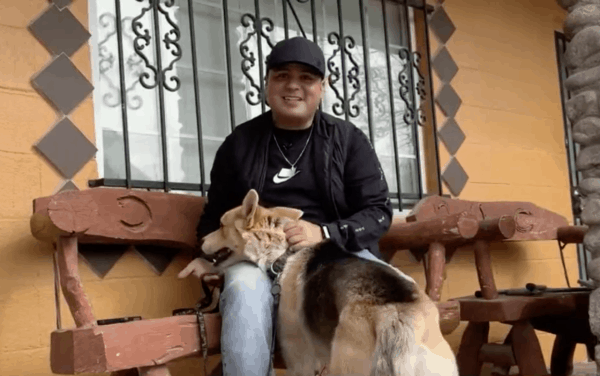 The officers added to their post, saying Chico was welcome to come anytime he wanted.

The whole adventure could’ve ended tragically, but luckily Chico was too smart not to let that happen. His owner is thrilled he has an intelligent dog who knows exactly what to do if he ever gets lost again. But he’ll do everything to keep Chico from his nighttime strolls.