There’s so much we can learn from dogs. The first thing that comes to mind is they don’t leave their family members – unlike humans. People often think their dogs won’t be able to handle the change, so they jump the gun and do something unnecessary.

Smiley the Pitbull experienced this fate when his former family found out they were expecting. Smiley was sent away without even giving him a chance to meet the little bundle of joy.

Smiley was a healthy dog and not aggressive at any cost. However, declared as “nervous and uncomfortable with handling at times,” this adorable Pittie was sentenced to the worst fate: the kill list. 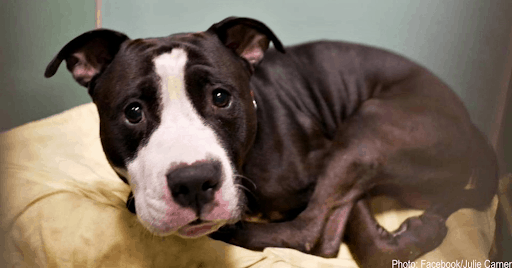 “I’M A GOOD BOY. I WOULD HAVE LOVED THAT NEW BABY! – PLEASE HELP ME, I DON’T WANT TO DIE … By all accounts, he is just about perfect – friendly and outgoing, loves to play with his ball toys along with squeaky toys, house-trained, he knows commands sit, stay, and come in SPANISH. If he pulls on the leash, he will slow down when told to, no guarding issues,” claimed Julie.

The post went viral and caught the attention of Olena Kagui. She was riding the subway with her husband and scrolling through the posts when she caught a glimpse of Smiley. Even though she usually skips sad posts, something made her go back to this dog.

Smiley’s story made Kagui cry, especially when she saw no one in the comments section even joke about taking him. Still, her husband said they couldn’t take the dog at the moment.

But, with lots of convincing, Mr. Kagui finally agreed to take in Smiley. The couple immediately reached out to the Pound Hounds Res-Q group that saves dogs from shelters. Smiley had to go into a foster home. This is where the Kagui family came in to help. 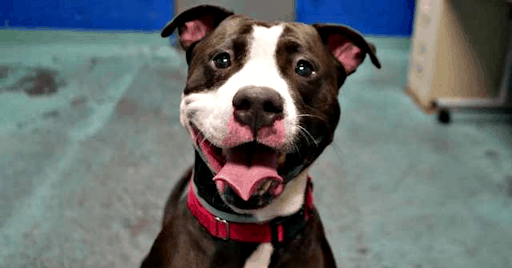 The rescue group had Smiley neutered and sent off to his new home. It was clear the dog was once housetrained. He didn’t nibble on the furniture, jump on the sofa, or anything untrained dogs usually do.

All Smiley did was drink some water and look away when Olena approached him. He needed time to trust humans again. He was heartbroken and couldn’t trust anyone just like that.

Luckily, it took only a few days for Smiley to warm up to his new family. Trips to the doggy park and playing with other dogs only helped the situation. The rescue Pittie was much calmer and more relaxed in his new home. 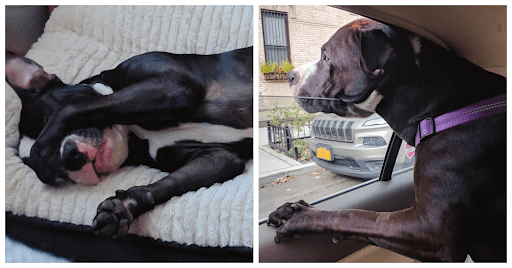 It wasn’t hard to fall for Smiley. The family already loved him to his bones, and it seemed Smiley’s beginning to feel the same.

Smiley is living proof that shelter dogs deserve a second chance. Many shelter dogs don’t respond well to stressful situations, like living in the pound. It’s very important to give them a chance outside the shelter. Almost all of them can be resocialized.

As for the family who decided to get rid of Smiley – it’s your loss. You could’ve had a loyal protector and your baby a furever friend. Good thing Smiley doesn’t live with those people anymore.

He deserves only the best. 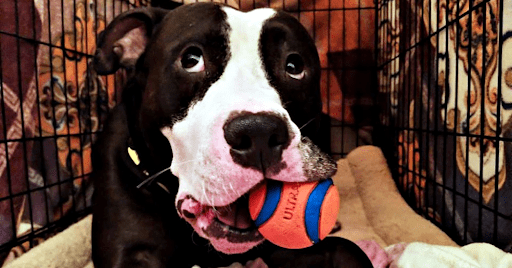